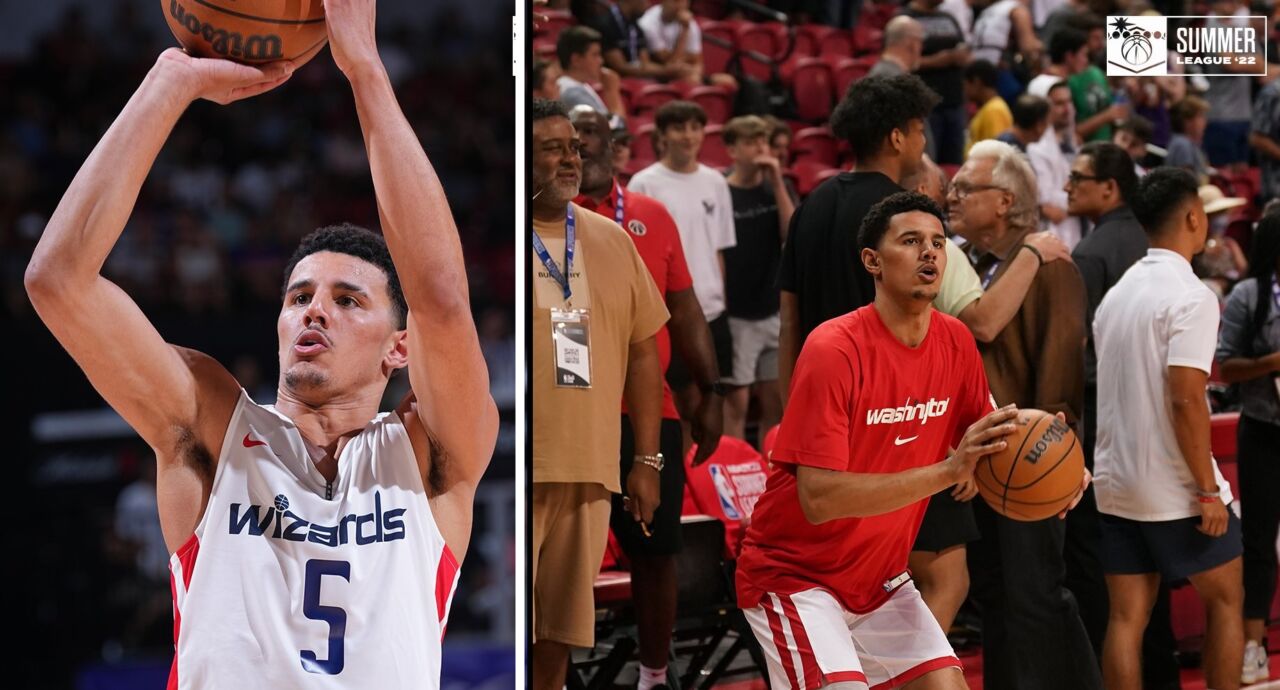 When you’re the 10th overall pick in the NBA Draft and up against rookies and sophomores in the league, you should act like you’re one of the best.

That was basically the advice from Bradley Beal — one of the NBA’s best shooting guards — for his newest Washington Wizards teammate, La Crosse native Johnny Davis.

Beal saw Davis struggle to open the NBA’s Summer League and backcourt mate a bit of a reality check in the nicest way.

“I know this, after his first game, [Davis] woke up, had a text from one Bradley Beal,” Wizards general manager Tommy Sheppard told NBC Sports. “It said, ‘Hey, you’re the best player on the floor. Act like it. Let’s go, get going, pick it up. Keep your head up, don’t ever get down. You’re doing great.’ That encouragement, coming from somebody like Bradley—what that means to a young kid like that, I can’t even tell you about.”

In his debut, Davis was 1-for-11 from the field and went a 7-minute stretch without taking a shot. He finished with six points, four rebounds, two assists, two steals, two turnovers and five fouls.

Next game, Davis was much more assertive, going 4 of 11 from the floor in scoring 11 points and grabbing four rebounds in 24 minutes.

Rumors have swirled that Beal could be traded sometime this year, despite just signing a five-year, $251 million extension. But if he’s watching closely who could be starting alone side him when the season starts, Beal may just be staying put.

Davis and the Wizards play at 5 p.m. Wednesday on NBA TV, against the New Orleans Pelicans. They wrap up Summer League at 8 p.m. Friday on ESPN2 against the Indiana Pacers.