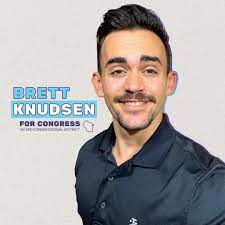 One Democratic candidate for the 3rd District Congressional seat has left the race, four months before the primary.

Brett Knudsen has posted a Facebook message saying he’s withdrawing as a candidate, because most of the spending for his campaign has come from his personal funding.

Knudsen, who lives in Holmen, launched his campaign last October, a few weeks after incumbent Democrat Ron Kind announced he would retire at the end of his term.

In his Facebook message, Knudsen said “agitation and education” are needed for our future, and to address the needs of workers.

His departure leaves four Democratic candidates and one Republicans in the 3rd District contest.

Winners of the party primaries in August will move on to the November election.