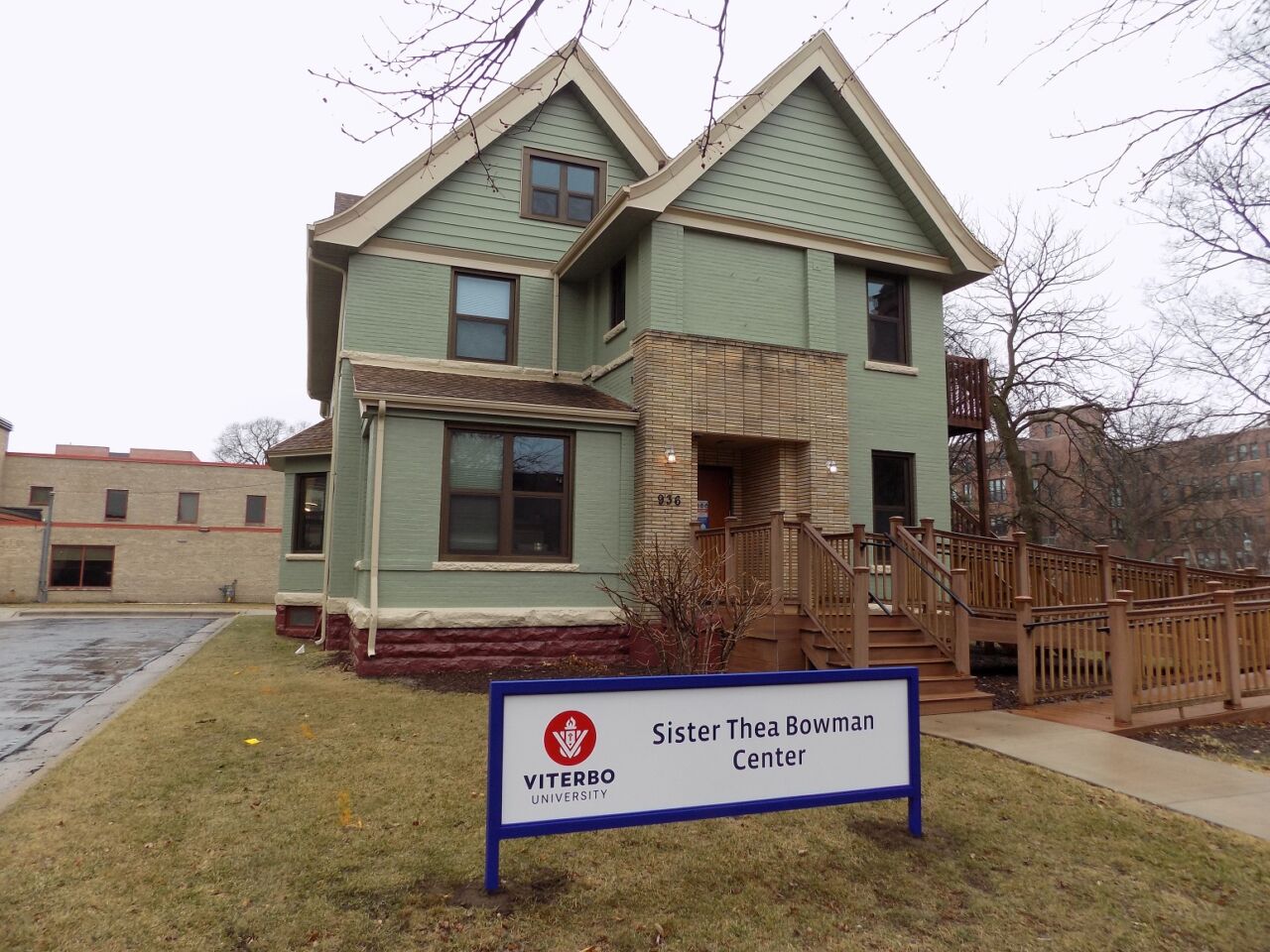 Buildings in Philadelphia, Detroit, and other American cities have been named in honor of former Viterbo University educator Sister Thea Bowman.

And now, the Viterbo campus in La Crosse where Bowman studied and later taught has its own Thea Bowman Center, dedicated Wednesday on the anniversary of her death from cancer in 1990.

An official dedication ceremony was held at a chapel on campus, next to the Bowman Center.

Among the speakers honoring her was current Franciscan Sisters president Eileen McKenzie, who said other FSPA nuns are claiming Bowman as their sister.

Thea Bowman, a native of Mississippi, was the first black nun in the FSPA. The Catholic Church is considering her as a candidate for sainthood.

Throughout this week, Viterbo has been honoring Bowman with a series of events.

New Viterbo president Rick Trietley said he knew of Bowman’s reputation as a spiritual and civil rights leader before he came to Viterbo five years ago.

“I thought, surely there’s gonna be a building or a center or a program or something named after Sister Thea Bowman,” Trietley said, “and I was frustrated when I found out there wasn’t.”

When he became Viterbo president, Trietley decided to establish a yearly celebration in Bowman’s honor and campaigned for the naming of the Bowman Center.

A discussion of racial justice is scheduled Friday at Viterbo, and a presentation about Sister Thea’s life is set for next Tuesday on campus.