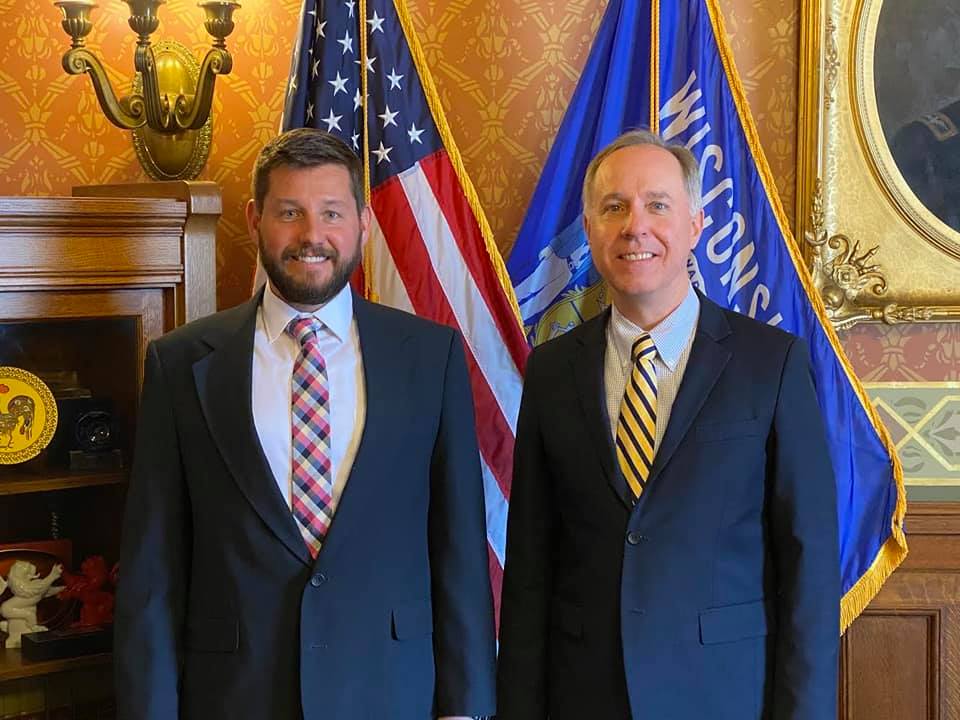 MADISON, Wis. (AP) — A Republican Wisconsin state lawmaker was recorded on video saying that Republicans need to “cheat like the Democrats” to win elections and that he’d like to punch Democratic Gov. Tony Evers over pandemic restrictions.

The video of state Rep. Elijah Behnke was posted online Thursday and circulated over Twitter late that night.

In the wide-ranging 25-minute video, which appears to have been taken secretly by visitors in Behnke’s Capitol office, he disparages Republican Assembly Speaker Robin Vos as a “swamp creature” and supports debunked conspiracy theories about the 2020 election.

President Joe Biden won Wisconsin by just under 21,000 votes. The outcome has withstood recounts, lawsuits and multiple investigations. However, since the loss, Republicans have passed bills to make absentee voting more difficult, ordered their own election investigation led by a conservative former Wisconsin Supreme Court justice, and called for the resignation of members of the bipartisan elections commission.

The video was posted the same day that Vos stripped Republican state Rep. Timothy Ramthun of his only staff member after Ramthun repeatedly called for the Legislature to undo Biden’s win in Wisconsin, which can’t be done. Ramthun also spread a false claim that Vos had signed a deal with former attorneys for Hillary Clinton to authorize absentee ballot drop boxes.

Ramthun responded Friday to the action taken against him, saying in a statement that he was disciplined without justification and that his staff member should be restored.

Vos and Behnke did not immediately reply to Friday messages seeking comment. It’s not clear who took the video.

Behnke, who owns a cleaning business, also described his anger over Evers’ issuing a stay at home order early in the coronavirus pandemic. Behnke said he was “praying to God” that if he ever saw Evers, “I’m going to punch him, right? So here I am, I haven’t really seen him face-to-face yet, so we’ll see if I do.”

Evers’ spokeswoman, Britt Cudaback, reacted by saying the governor “believes in doing the right thing and leading with kindness, respect, empathy and compassion. It’s a shame those Wisconsin values seem to be lost on Republicans in the Legislature.”

Wisconsin Democratic Party Chairman Ben Wikler called on Vos to disavow Behnke’s comments and launch an investigation. In the meantime, Wikler said Behnke should be removed from legislative committees he sits on and not be allowed to meet with Republicans in caucus.

Behnke, of Oconto, won a special election in April 2021 after former Rep. John Nygren stepped down.