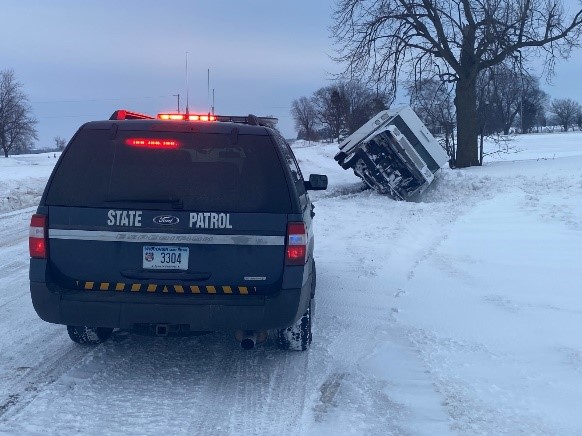 The first big snowstorm of the season saw 22 accidents in the city of La Crosse, according to police.

The accidents — which may or may not have been weather related — occurred between 3 p.m. Friday and 3 p.m. Saturday, when the worst of the weather hit the city. Four of the 22 happened on State Road 16 and two each on 7th, 10th and 33rd streets, as well as State Road 157 and Gillette Street.

Just outside the city, Onalaska Police said they had just two minor accidents on Friday, while the La Crosse County Sheriff’s Office told WIZM there were four weather-related accidents over the weekend.

Across Wisconsin, the State Patrol told WIZM it responded to 66 weather-related crashes on Friday and Saturday — 20 of those involved injuries and eight from the Tomah Post region.

The Tomah Post of the State Patrol had about 50 calls for service during that time.

The State Patrol was able to break those calls down: