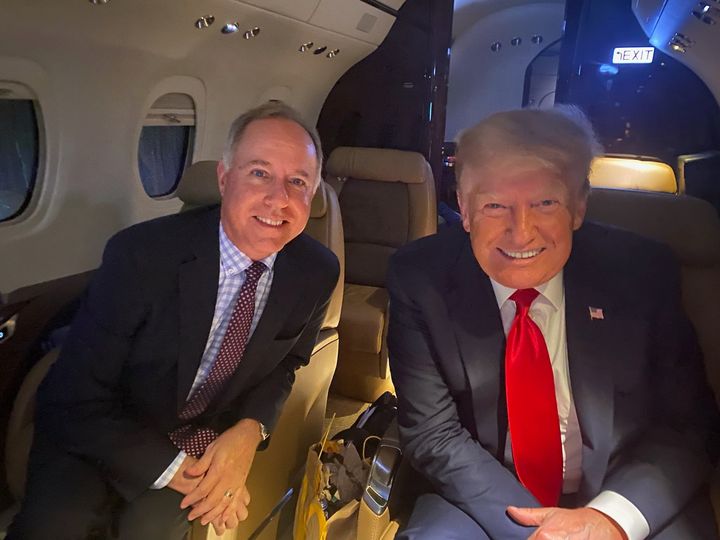 MADISON, Wis. (AP) — Wisconsin Republican Assembly Speaker Robin Vos on Tuesday defended not releasing documents related to an ongoing investigation he ordered into the 2020 election, saying putting them out now would be like police revealing details of a murder probe.

Vos also said he thought the 2020 election was “tainted” but that President Joe Biden won.

Vos, in an interview with Wisconsin Public Radio, said turning over records now would be like an investigator looking into a murder putting out what he knows before his work is done.

“They do not put out for public display, for everyone to read, who they’re talking to and who they’re investigating, giving an advantage to people who actually committed the crime to avoid prosecution,” Vos said. “That’s exactly what would happen if we decided to put all the documents out and that’s why liberals are asking for them. They want to try to torpedo our investigation.”

“The law clearly says that records of Speaker Vos’s ‘investigation’ belong to the public, and he should comply with his obligation to release them,” Evans said in a statement.

Vos hired retired Wisconsin Supreme Court Justice Michael Gableman to lead the ongoing investigation into the election. The budget for the probe is $676,000 in taxpayer funds. Vos said Tuesday he expects it to be complete by the end of the year. A separate investigation by the nonpartisan Legislative Audit Bureau, also ordered by Republicans, is expected to be complete and released this fall.

Vos said the costs of the Gableman investigation could grow.

“It really depends on how we keep going forward,” he said. “We are discovering more and more on a regular basis about things that happened during the election.”

Vos said it was important that “everybody knows whoever wins the election has done so fair and square and not through some kind of manipulation of the system.”

Biden’s roughly 21,000 vote win over Donald Trump has withstood recounts and multiple court rulings. There was no widespread fraud. To date, only four voters out of about 3.3 million who cast ballots in the election have been charged with election fraud.

Wisconsin Attorney General Josh Kaul, a Democrat, last week called the Gableman probe a “fake investigation” and called for it to stop. Democratic Gov. Tony Evers has called it a “boondoggle” and waste of taxpayer money.

Vos repeated that he thinks Biden won but that there were also problems with the way the election was run in the state.

When asked for examples of wrongdoing during the election, Vos referenced some local election officials telling voters they could claim they were “indefinitely confined” due to the COVID-19 pandemic in order to vote absentee without having to produce a photo ID.

Vos also referenced $6.3 million in grants that were awarded to the heavily Democratic cities of Milwaukee, Madison, Green Bay, Kenosha and Racine from the nonprofit Center for Tech and Civic Life to help run the election.

The grants were funded by donations from Facebook founder Mark Zuckerberg. In total , more than 200 communities across the state were awarded $10 million in grants.

Vos said the largest funding going to the five largest and heavily Democratic cities helped boost turnout for a “certain demographic” of voter.

“Imagine if it happened in reverse, where the Koch brothers gave millions of dollars to only turn out people of white background in the suburbs,” Vos said. “People would say, ‘That is crazy.’ Well, that’s exactly what happened with the money from Zuckerberg in reverse, where they focused only on turning out minorities in large cities.”

Officials in Green Bay have refuted Republican claims about how the grant money was used in their city. Also, smaller communities that voted for Trump also received funding from the same organization.