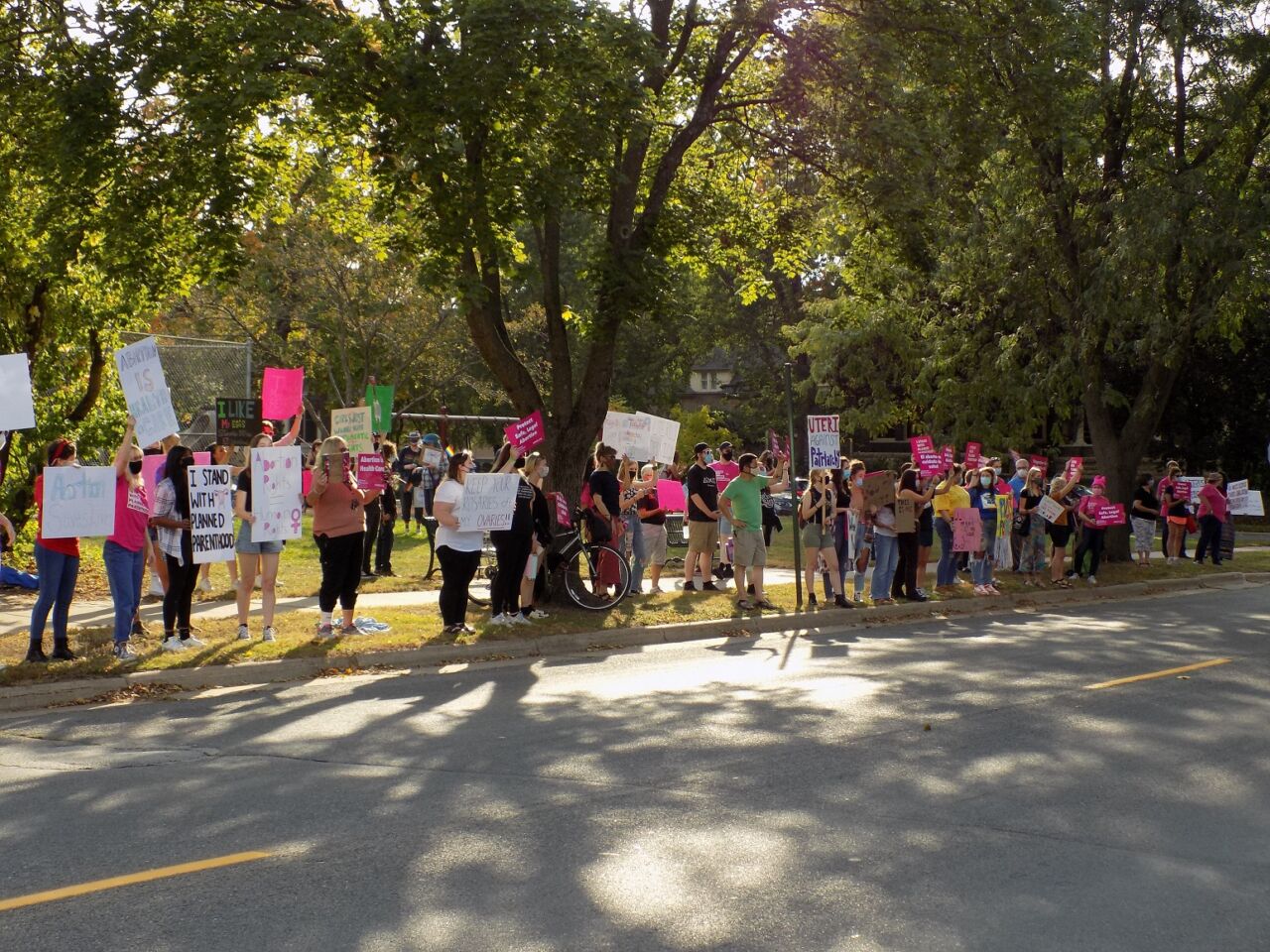 About 150 people gathered at Weigent Park in La Crosse on Saturday to show support for reproductive rights.

The Rally for Reproductive Rights in La Crosse was one of hundreds of events planned around the U.S. on Saturday, in response to new laws passed in several states and court challenges to the Supreme Court’s Roe vs. Wade ruling of 1973.

The YWCA-La Crosse, Cia Siab, Inc. and Planned Parenthood Advocates of Wisconsin organized the local event, which featured several speakers and ended with a demonstration on the Cass Street side of the park.

Elizabeth Digby-Britten with the YWCA said that banning abortions will not stop the procedure, but it will “only end safe abortions.”

Wisconsin state Assembly Rep. Jill Billings of La Crosse also spoke, saying that the government has no place in a woman’s decision on whether to seek an abortion.

Other elected officials who attended but did not give speeches included state Sen. Brad Pfaff and Lt. Gov. Mandela Barnes. Pfaff just announced he’s running for U.S. Congress, while Barnes is running for U.S. Senate.

U.S. Sen. Tammy Baldwin of Wisconsin could not attend, but sent a statement read during the program, which said the U.S. “cannot allow the clock to be turned back 50 years,” referring to Roe vs. Wade.