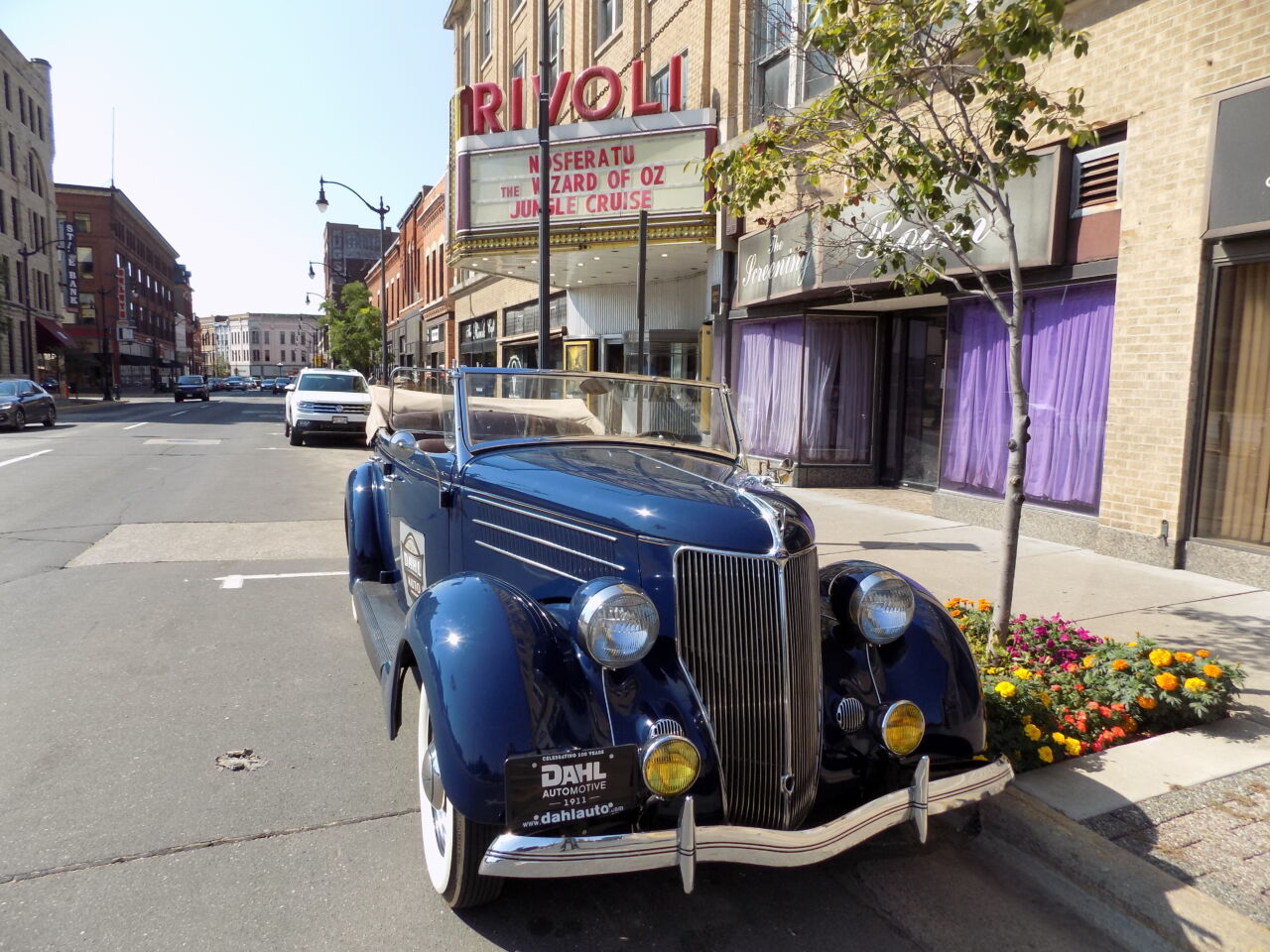 To celebrate 101 years since its opening, the Rivoli Theatre and Pizzeria went back to 1920’s prices Sunday.

In honor of the Rivoli’s opening on Sept. 19, 1920, adult movie prices were $.25 and $.30 cents. Kids got in for a dime to see ‘The Wizard of Oz” and other pictures.  An antique car from Dahl Motors was parked on the curb near the theater entrance for the occasion.

For several years, the Rivoli has been the only movie theater operating in downtown La Crosse, although the Hollywood still posts messages on its marquee.

The Cavalier Theater used to be a movie house, and then housed the La Crosse Community Theatre for decades.

The King Theater multi-plex opened in the 1970s, but was demolished years ago and was replaced with the existing Social Security office on 7th Street.

The Rivoli anniversary brought in customers like Toby Johnson, who remembers seeing ‘The Love Bug’ there back in the 1960s.

Johnson said he hadn’t been to a movie in years, but went to the Rivoli on Sunday because his wife talked him into it.

“What better thing to do than to come here, and the prices … can’t argue about the prices,” he said.

Also a Sunday exclusive, the theatre showed the silent vampire movie “Nosferatu” from 1920.

“Oz” will be shown a few more times this week for the anniversary. And the Packers-Lions game on Monday Night Football will be live on screen, as part of the theater’s tradition of sports broadcasts, which includes Milwaukee Brewers baseball, as well.

David Demerit says his 92-year-old mother recalls seeing movies at the Rivoli when she was a little girl.

Demerit’s son Sam is now an associate manager at there and was dressed in 1920’s style while greeting customers Sunday.

Sam Demerit is happy to have the Rivoli operating as a theater and pizzeria, after a time in the 80s and 90s when it was closed or converted to other uses.

“It was a skate park for a few years,” he said. “They gutted the interior of the main theater and had ramps and all kinds of crazy things in there.”

The ornate decorations on the walls of the main theater have remained in place through the years.