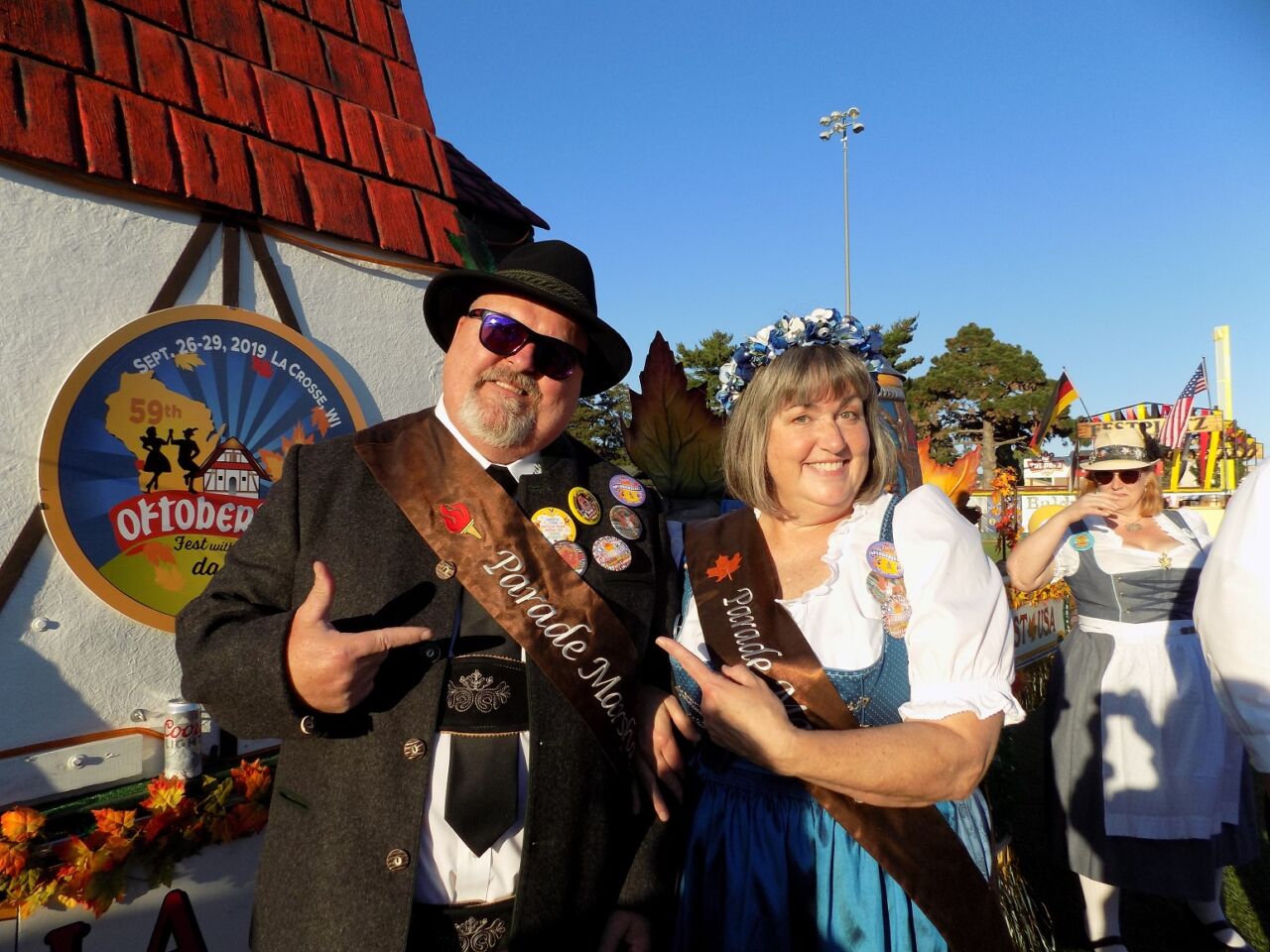 The Oktoberfest Maple Leaf Parade has been led by several local media stars over the years, including Charlie and Mike Kearns, Brucie Bumchuckles, and Bill Hoel.

Add Samantha Strong — half of the Classic Hits team of Keith and Sam — to the list of Maple Leaf marshals.

Strong will lead the big parade on Oct. 2. She recalls during Wednesday’s announcement ceremony at Loggers Field, that she started work at Z-93 in 1986, during Oktoberfest.

“This was my first event for Mid-West Family, and I’ve been in parades ever since for them,” Strong said. “We’ve done everything from accordions to Elmo, to passing out some dental floss.”

Strong thinks she did a good job keeping her new honor a secret from co-workers at Mid-West Family, who had received special invitations to the parade marshal announcement.

“Living on the north side was, and still is, an absolute pleasure,” Neumeister said. “I wouldn’t trade it for anything.”

The two remaining members of the 2021 royal family, the Festmaster and Mrs. Oktoberfest, will not be introduced publicly until the last few days before the fest begins.

The outgoing fest royals, chosen in 2019, have held their titles for two years because the 2020 festivities were cancelled during the pandemic.