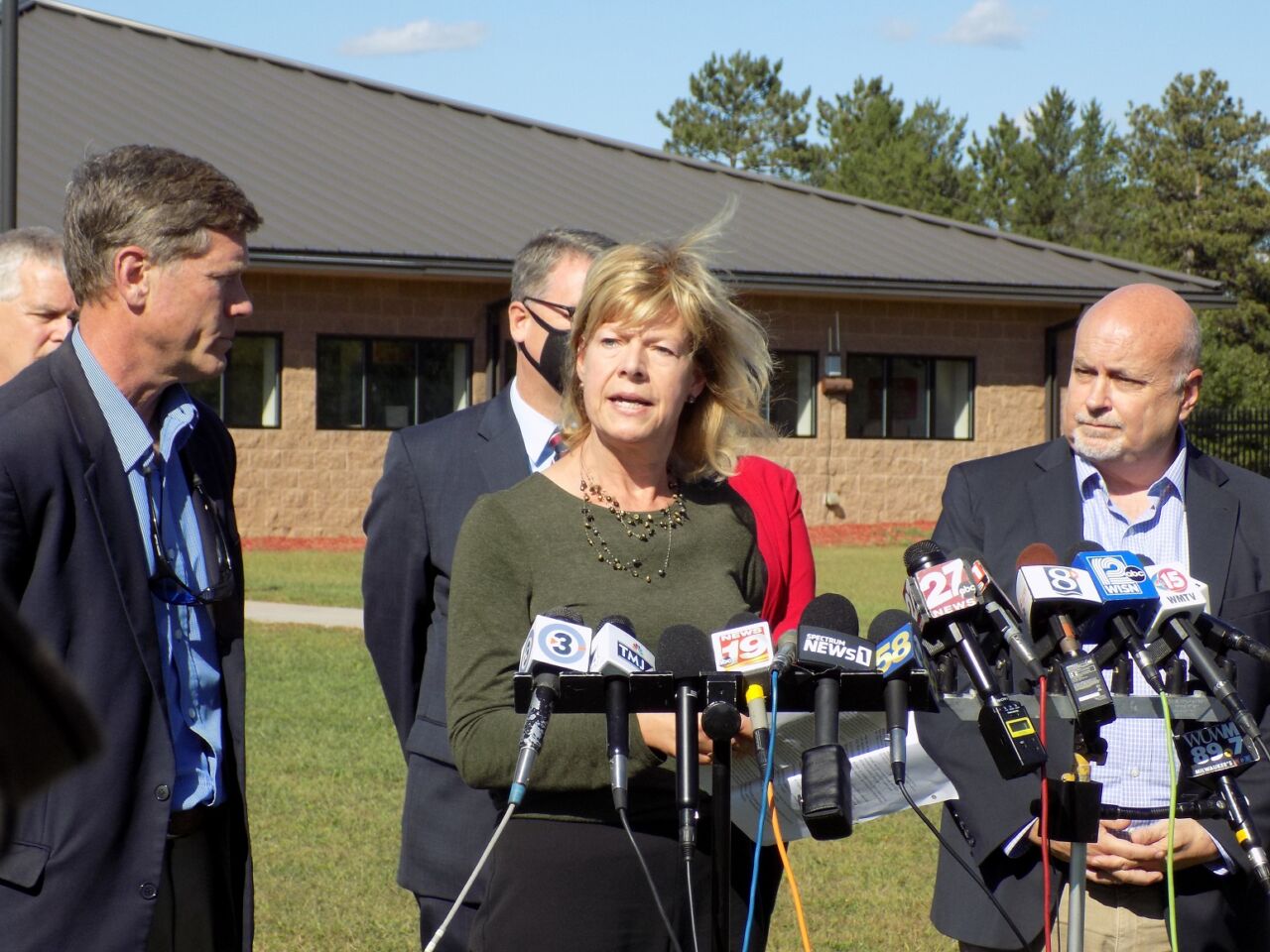 Several Republican lawmakers from Wisconsin made a group visit to Fort McCoy last month, to see how Afghan refugees at the base were doing.

Tuesday, a group of Democratic office-holders took their own tour, led by U.S. Senator Tammy Baldwin.

US Congressman Ron Kind of La Crosse was part of Baldwin’s group. He believes that the arriving refugees have been screened thoroughly to eliminate security risks.

“There are no 100% guarantees with any of this, but I am comfortable with the extreme vetting process that we were briefed on today,” Kind said. “It’s very thorough, and they’re treating it extremely seriously, as well.”

Baldwin said fort staffers processing evacuees addressed charges reported recently that some Afghan men were bringing underage girls into the U.S., claiming they were their wives.

“The briefer volunteered it, because they’ve been following the same news,” Baldwin said. “There are no cases in Fort McCoy right now with a child 15 or under who’s married.”

She also defended the withdrawal of Americans from Afghanistan.

“After 20 years of war in Afghanistan, I believe the President made the right decision to refuse to send another generation of American sons and daughters to fight a war that should have ended a long time ago,” Baldwin said.

Congressman Mark Pocan of Madison also took the tour, saying the thousands of guests at the base have been helpful to the U.S. over the years.

“These are people who have done a lot for our government,” Pocan said. “We are now doing a lot for them to help them, and I think that’s really important to put out there.”

About 8,700 refugees are at Fort McCoy now. The lawmakers say many Afghans could start leaving the installation as soon as this weekend to find homes around the country.

“There are Afghan communities, obviously, in America,” Kind said. “Their preference is to try and get reunited with family, who may already be over here and that’s understandable.

“Let me just say, as a representative of this area, just how proud I am of the entire community of embracing these Afghan refugees at a time of need.”

No Republican politicians took part in the tour. WIZM reached out to U.S. Sen. Ron Johnson, and Assembly Reps. Loren Oldenburg (R-Viroqua), Nancy Vandermeer (R-Tomah) — who were on the trip to Fort McCoy two weeks ago — along with Reps. Steve Doyle (D-Onalaska) and Jill Billings (D-La Crosse), to see if they would be making Tuesday’s trip.

Only Billings replied, saying she was unable to make it.

No Democrats were invited on the Republican delegation led by Johnson two weeks ago.