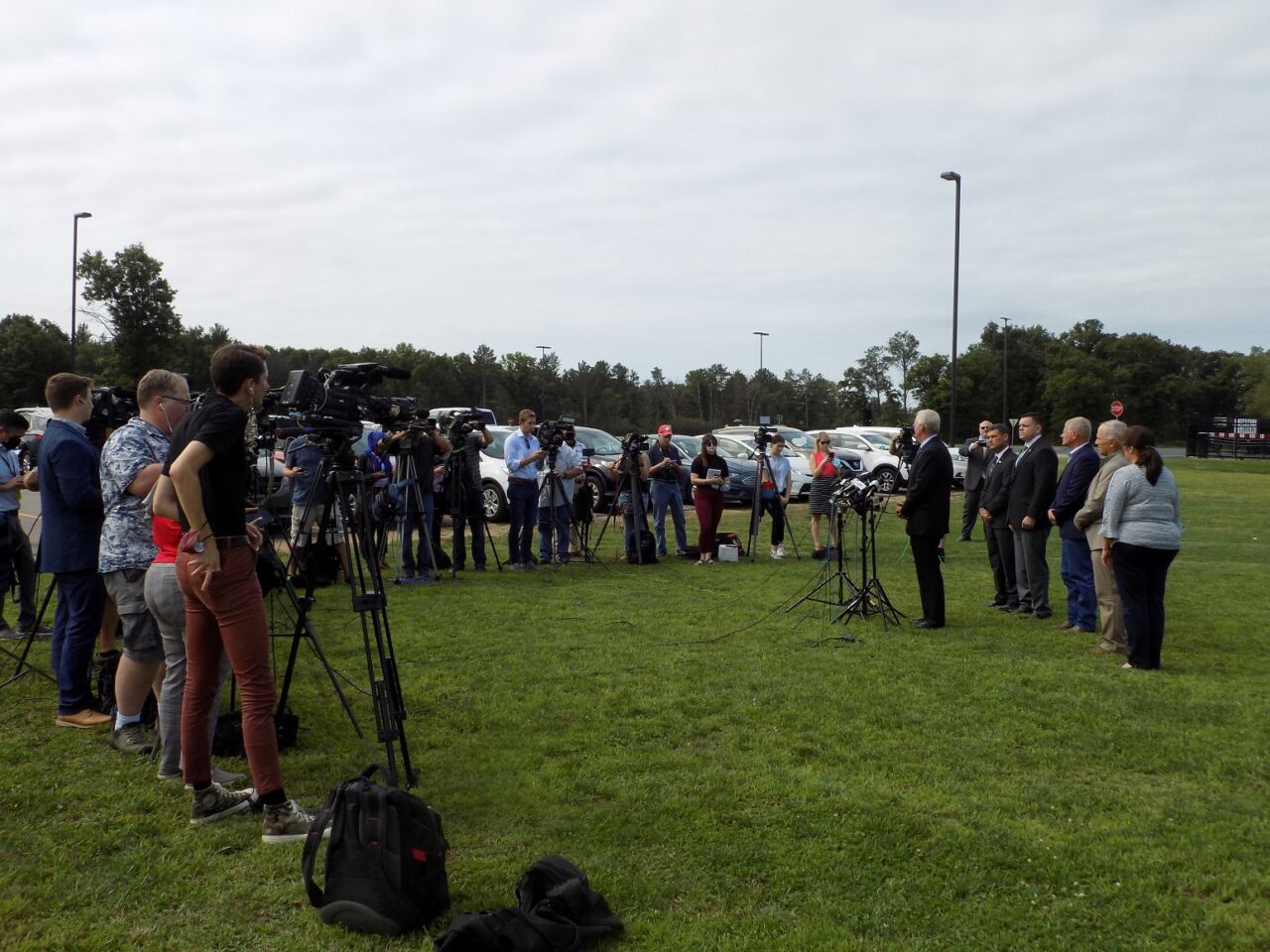 A group of Wisconsin Republican lawmakers, led by U.S. Senator Ron Johnson, got a tour through temporary refugee quarters at Fort McCoy on Wednesday.

The legislators did not get a chance to speak to Afghan refugees who began arriving at the Sparta area base this week.  But Johnson says hundreds are already at McCoy.

“What we were told is a little over a thousand people have come here,” Johnson said. “They believe their capacity is going to be at 10,000.”

No Democrats from the La Crosse area were invited. Congressman Ron Kind and Assembly Reps. Jill Billings (La Crosse) and Steve Doyle (Onalaska) all told WIZM they were not invited.

“Our allies from Afghanistan have a long road ahead of them, and Wisconsin will continue to extend our support and assistance to these individuals who bravely contributed to our country’s efforts over the past two decades,” Evers said in a statement.

The Republicans praised Fort McCoy staffers and the Army in general for handling the relocation well, so far.

Marklein said people attending the recent Juneau County Fair asked him about the security of bringing refugees to the region, and he said he was glad to see the arrangements at the fort.

Testin (Stevens Point), said the refugees, including some families, are staying in barracks and are “being taken care of very well.”

While no Democratic lawmakers were invited, Republican Congressional candidates Derrick Van Orden and Jason Church were on the original list to take part in the trip to Ft. McCoy, but they were not present. Reports were the base would only allow elected officials inside.

Johnson told reporters from as far away as Wausau and Milwaukee that the goal is to bring people evacuating from Afghanistan safely and get them fully integrated into American communities.

He faults the Biden White House for a lack of planning, saying the commander at Fort McCoy didn’t know refugees would come to western Wisconsin until the Afghan government fell just over a week ago.

“What is happening right now (in Afghanistan) is a travesty,” Johnson said. “It’s a disaster. There’s simply not enough lipstick to put on this pig at this point in time.”