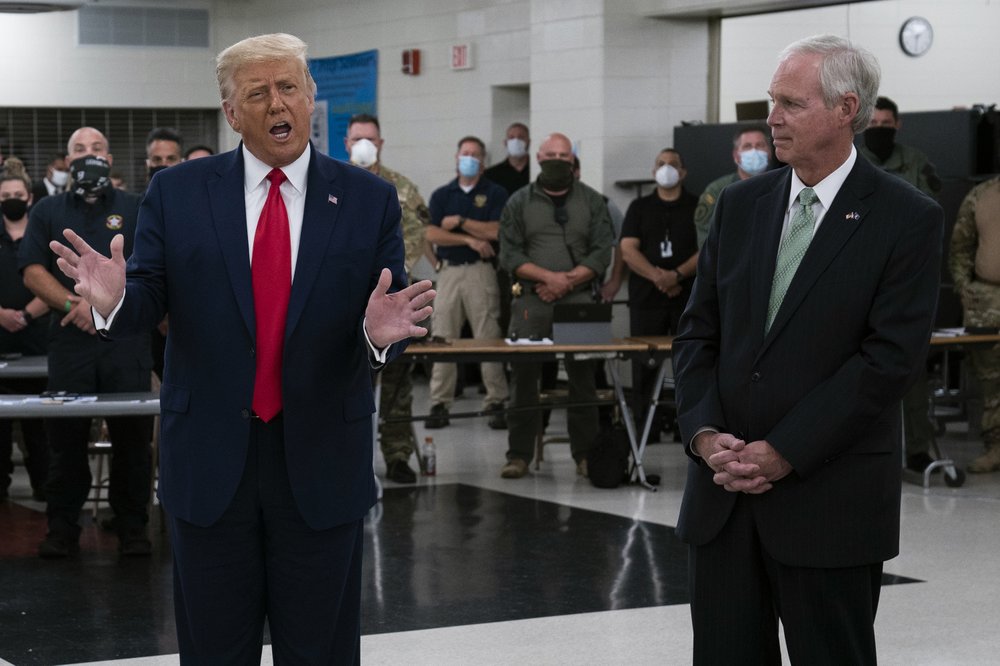 MADISON, Wis. (AP) — A “very unsettling” majority of Wisconsin residents think both state and national government is broken, and there is also a growing feeling that the state is on the wrong track, the latest Marquette University Law School poll released Wednesday found.

The poll also found dropping approval ratings for Republican U.S. Sen. Ron Johnson and steady ratings for Democratic Gov. Tony Evers. About a third of respondents said they weren’t confident in the results of the 2020 election and a wide majority of Republicans who have not been vaccinated for COVID-19 said they have no plans to get inoculated.

The poll of 807 registered voters was conducted between Aug. 3 and Sunday. It had a margin of error of 3.8 percentage points.

The margin of error on those questions, which were each asked to half of the sample, was 5.4%.

The poll comes amid a surge in coronavirus cases due to the more contagious delta variant and a push by Republicans to investigate results of the 2020 election. Former President Donald Trump was defeated by President Joe Biden by just over 20,000 votes, but Trump supporters have pushed for a probe into whether the election was conducted fairly and securely despite no evidence of widespread fraud and numerous court rulings upholding the results.

The poll found that 60% were very or somewhat confident in the accuracy of the vote counting nationally following the 2020 election, with 38% saying they were not at all, or not very, confident. The numbers were higher for election results in Wisconsin, with 67% saying they were confident and 31% not.

But when broken down by party, only 22% of Republicans said they were confident in the results nationally while 94% of Democrats were confident.

On the approval rating for office holders, 49% approved of the job being done by Biden while 46% disapproved. That tracks with national polling. Evers’ approval rating was 50% with 43% disapproving, the same as October.

Over that time Johnson has become one of the most prominent questioners of the coronavirus vaccine, results of the 2020 election and who was to blame for the Jan. 6 insurrection at the U.S. Capitol.

Both Evers and Johnson are up for reelection next year, although Johnson hasn’t said yet whether he will seek a third term.