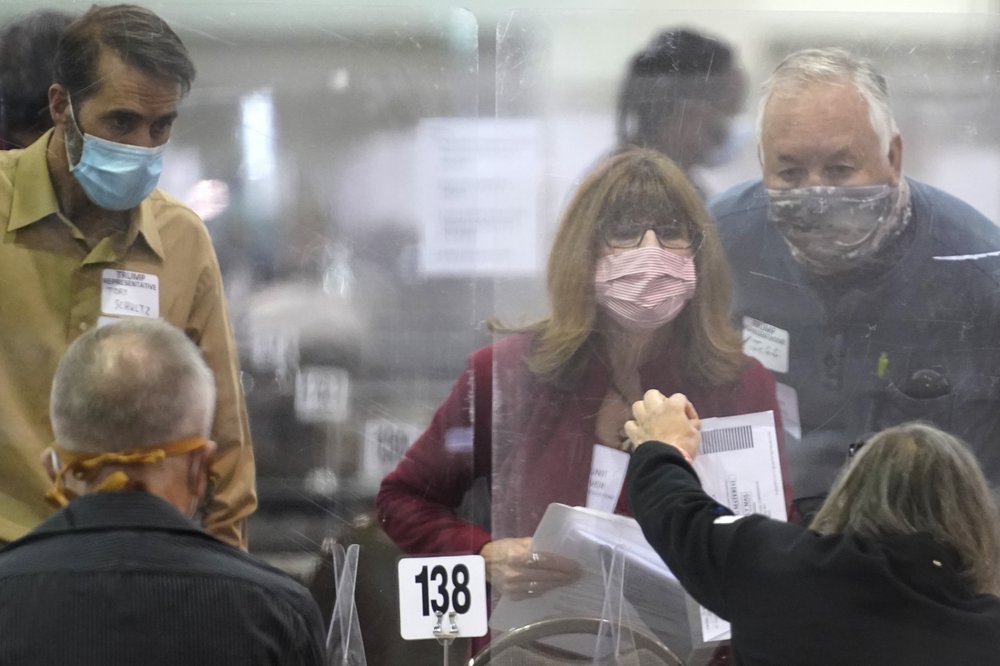 MADISON, Wis. (AP) — The retired Wisconsin Supreme Court justice who is leading a review of the 2020 presidential election says a very thorough examination of the election is warranted, but the purpose of the investigation is not to overturn the results.

Retired Justice Michael Gableman made his comments Sunday on WISN-TV’s “Upfront.” It was one of the first times he’s spoken publicly about the review of President Joe Biden’s narrow win in the state, the Milwaukee Journal Sentinel reported. Gableman said he wants to look into election concerns so people can have confidence that their votes count.

“I firmly believe that this is not a partisan issue, that everybody should be interested in making sure that going forward, our voting and ballot system is transparent and honest,” he said.

Last week, Vos said he was expanding the probe, after Gableman told him a more robust effort was needed. But, two retired police detectives hired to assist had quit, saying they were hired to work part-time, but it would take full-time hours to do the job.

Vos has empowered Gableman to hire as many people as needed.

The original cost of the review was said to be about $72,000 of taxpayer money. Vos, however, has said recently that he didn’t set a budget and it would be reasonable to spend several hundred thousand dollars for it.

Gableman told WISN-TV his review would focus on three issues, including how the voting machines work, grants that five Wisconsin cities received from a nonprofit funded by Facebook CEO Mark Zuckerberg, and legal concerns about guidance issued by the bipartisan Wisconsin Elections Commission.

Gableman said he’s been frustrated because politicians and others have been giving him “unsolicited advice” about how to run the investigation and are demanding immediate action, while he is trying to move in a logical, step-by-step fashion.

Last November, Gableman attended a pro-Trump rally and said a stolen election would be “systematically unjust.” He defended his comments to WISN, arguing he didn’t say the election was stolen, though he acknowledged that “most of the attendees there had a particular viewpoint.”

“Whether that occurred here is very much a question to be examined,” he said.