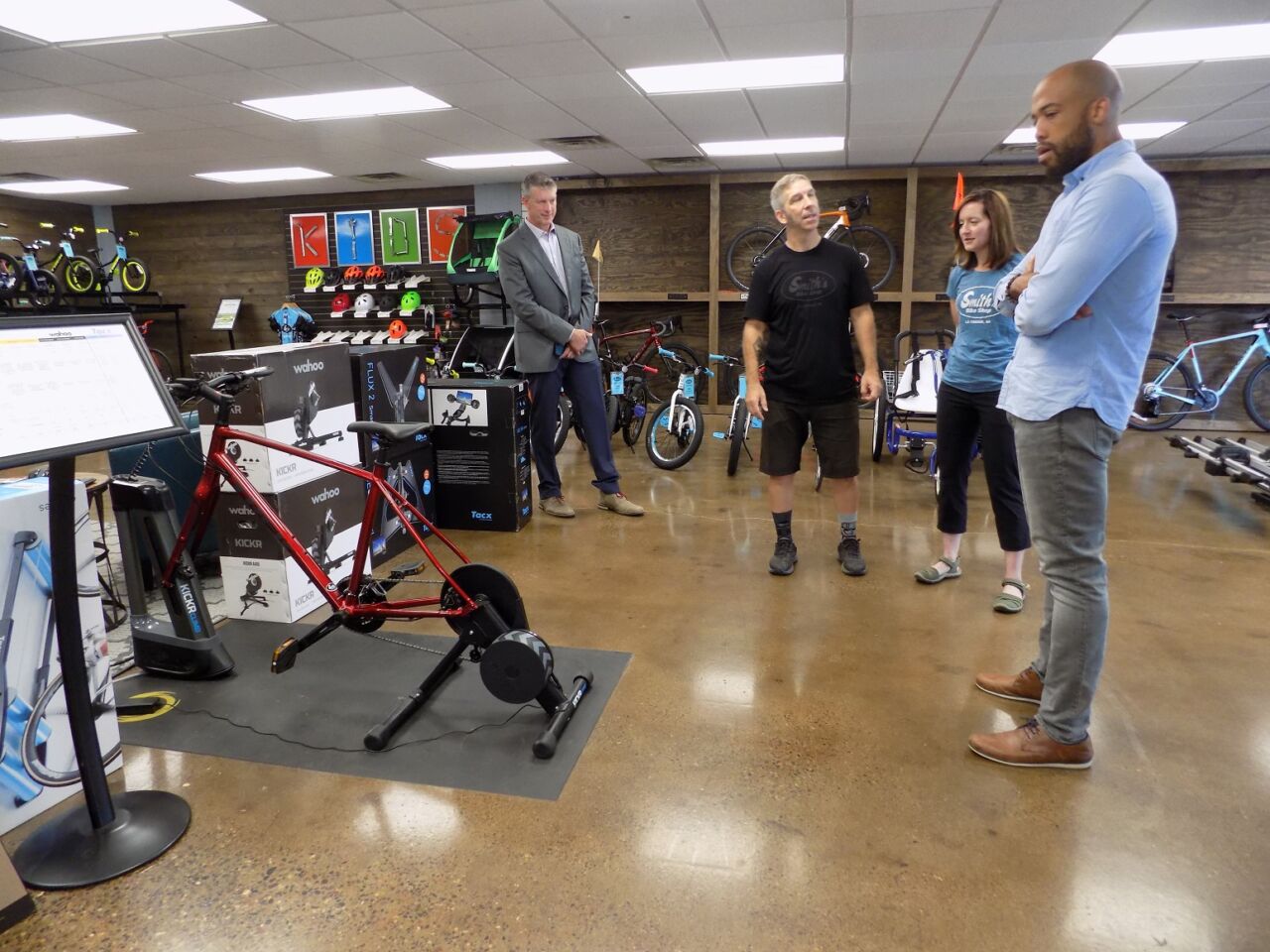 There are already nine Democrats in Wisconsin who have declared as candidates to replace U.S. Senator Ron Johnson.  To stand out in that crowd, it may take some name recognition for a challenger to earn support…and Lieutenant Governor Mandela Barnes might have an advantage in that area.

While visiting La Crosse on Thursday, Barnes told reporters that he knows the state as well as any candidate.

“I come into the race as the most experienced, the most qualified,” said Barnes. “I’ve also had a chance to travel the state. I know the state better. I’ve been able to go to all 72 counties, meeting with people from all walks of life.”

While at Smith’s, Barnes said he wants to help businesses which have missed out on supplies and inventory during the pandemic.

“Even though people were buying bikes left and right over the last year, the supply chain has been impacted, and companies like Trek are having a problem keeping up with demand,” said Barnes.

Barnes announced his Senate campaign on Tuesday. In response, Wisconsin Republicans threw a mock graduation party for him, saying Barnes finally graduated from college this year after falsely claiming for years that he already had a degree.