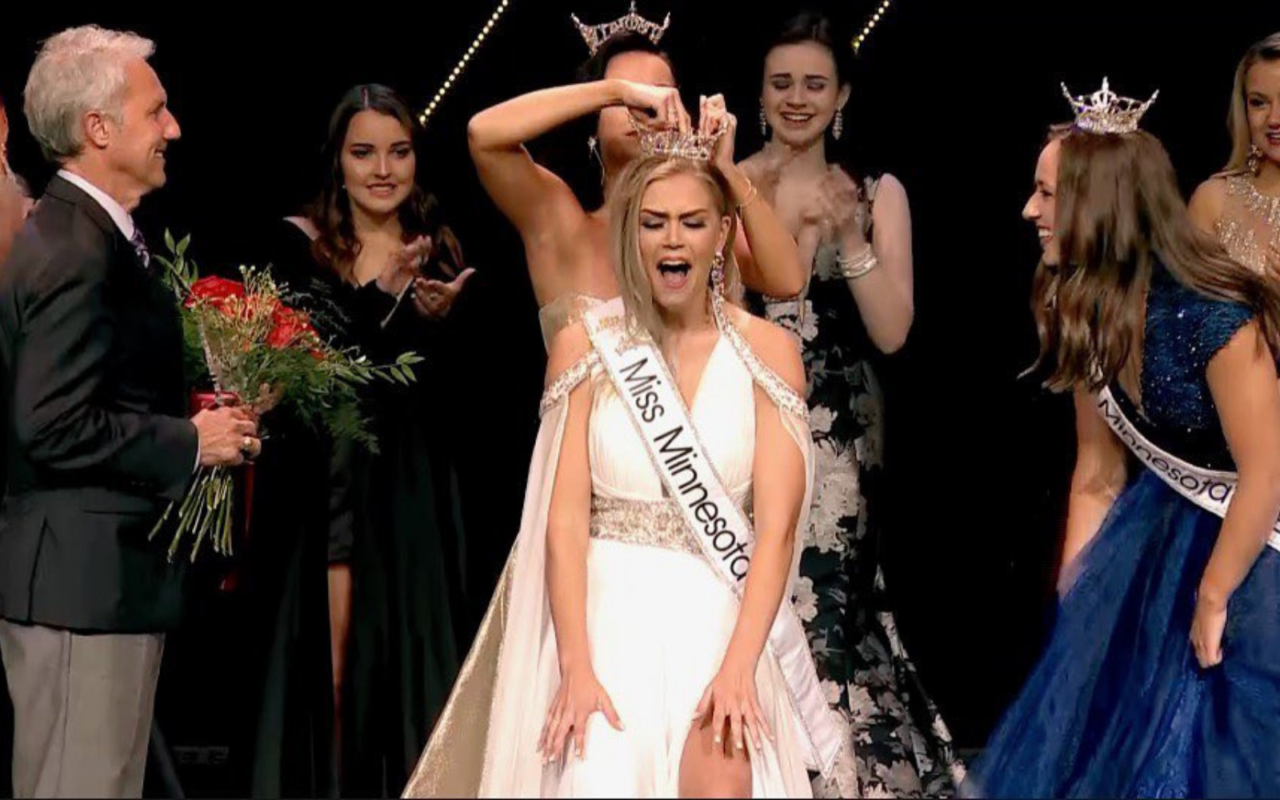 Elle Mark was Miss La Crosse/Oktoberfest in 2018 and Miss St. Croix Valley Festival 2020. That gave her the ticket to the Miss Minnesota pageant, which she won last weekend to become the new Miss Minnesota. Mark is headed to Miss America in December in Connecticut, although they don’t know the exact date yet. She said, “It’s really been super exciting and very surreal to think that I’m going to be competing at the 100th anniversary of Miss America.”

As for life this week since her big win, Mark said, “I have literally been running around from place to place, even within my own home. Bless my parents, I am with them right now at their place, and it looks like all of my competition wardrobe and all of the different things that I needed for the whole week of competition was placed upstairs in a pile and then a tornado went through. So, I’m literally constantly running and digging, and then in the car zooming to a news appearance, a lot of news appearances, but it’s been nothing short of absolutely incredible. I have enjoyed every second so far.”

December will come quickly and Mark is still deciding what she’ll sing for Miss America. “I’m really excited to bring all the training that has happened. I’ve had a lot of help from a former Miss La Crosse, Polly Pappadopoulos, who s helped me get to where I am today, and I think she played such a huge role in me getting this crown which I’m so grateful for.”

She may not be sure of what she’ll wear, either, but Elle Mark is solid in her platform. Her social impact initiative is called The Campaign to Change Direction. Mark said, “I was actually introduced to this campaign through my school in La Crosse.”

Mark graduated from UW-L in 2019 with a degree in public health. “The Campaign to Change Direction really focuses on emotional wellbeing, in trying to prevent mental health crises and alerting people as to the five signs of emotional suffering, so that they can support people who are going through a mental illness or mental distress. This is very near and dear to my heart as it’s something I experienced in college and I was very naturally introduced to Campaign to Change Direction.”

Change Direction has a Seven Rivers Region local steering committee for this national campaign. It was through a billboard that they had that made Mark realize, “Oh, I’m not alone in what I’m going through and got me involved. Now I have the opportunity to spread that message, not just in the Seven Rivers Region, but all throughout Minnesota as well.”

Mark hasn’t forgotten the folks in the Coulee Region, though. “I just really want to say thank you to everyone in the La Crosse region, and especially my Oktoberfest family. They have not only been incredibly supportive when I was Miss La Crosse/Oktoberfest but even now as I hopped over the river and started competing in my home state of Minnesota. I’m so incredibly grateful for this community for giving me the launching pad to get where I am today.”