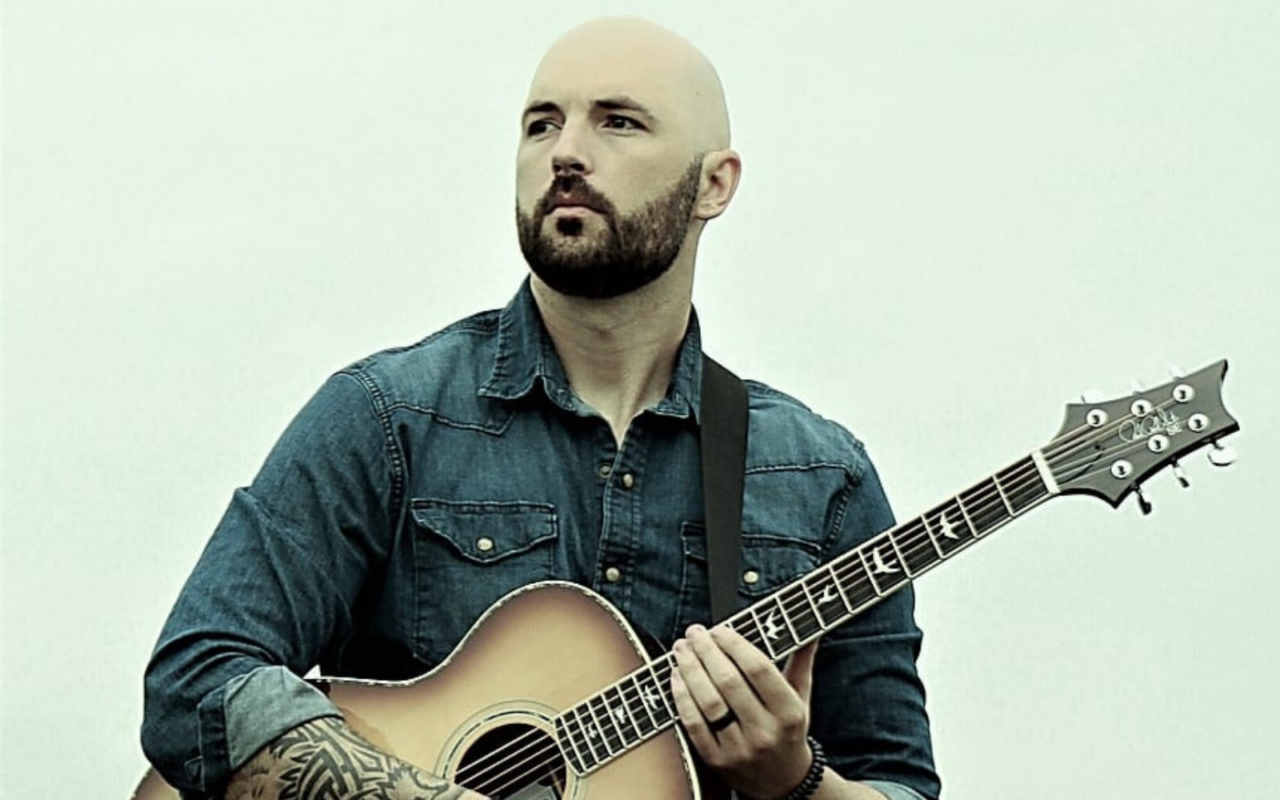 From the national stage to Riverside Park, don’t miss your opportunity to see Aaron Scott.

Aaron Scott’s performance of Fuel’s “Hemorrhage (In My Hands)” in October of last year caught The Voice judges’ attention and landed him on Blake Shelton’s team. That video has racked up ¾ of a million views on YouTube since its debut.

His experience on The Voice ended in the Battle Round, but that’s when the rest of the adventure began. Since returning from LA, he’s booked a lot of shows, both solo acoustic and with his band, One Way North.

Scott said, “That’s what I was hoping for, is to get a lot of bookings in the area. To be able to celebrate with the community, just this experience of what it’s been, and get a chance to promote our album that we released last May in 2020”

He’s busy musically, but also balancing out being a husband, a father, and a teacher.

Scott is working on a lot of projects right now. “In terms of writing, I’m dabbling in all kinds of genres and trying to figure out balance of what I want to do with my writing, releasing, and recording. I have my studio up, my wife’s been awesome, giving me my own studio at home to work on music at home it’s been amazing.”

“Honestly, I think the best thing is just this has felt like not just a solo thing. I know it’s my name, Aaron Scott, but my bandmates have been very much with me. We’re still very much a tight group and we’re all in this together. The community, La Crosse, my alma mater UW- La Crosse has been awesome and supporting me. The Tomah area, where I’m from in my hometown of little Wilton, Wisconsin has been extremely supportive so it’s been so cool to see the community come together and just kind of celebrate what this has meant to all of us. I would love to see that continue because this is not just about me. This is about a community, you know, it’s been so isolated, and just to have this opportunity now to get together again and actually get out there and be together. I just love that, I love people to be a part of it.”

If you haven’t seen Scott perform, he says, “we have a blast out there, we have fun. We’re going to be playing songs that we released last year in May, but we’re also going to play some covers that everybody knows, including a couple covers that you might have heard me sing on national television. You never know. You definitely want to get out there and check it out for yourself.”

Another contestant from The Voice, will also be making an appearance at Riverfest. Chris Kroeze from Barron, WI, runner up for season 15 of The Voice, will play at 10 pm on July 3rd.

Find the entire lineup for Riverfest on their website.