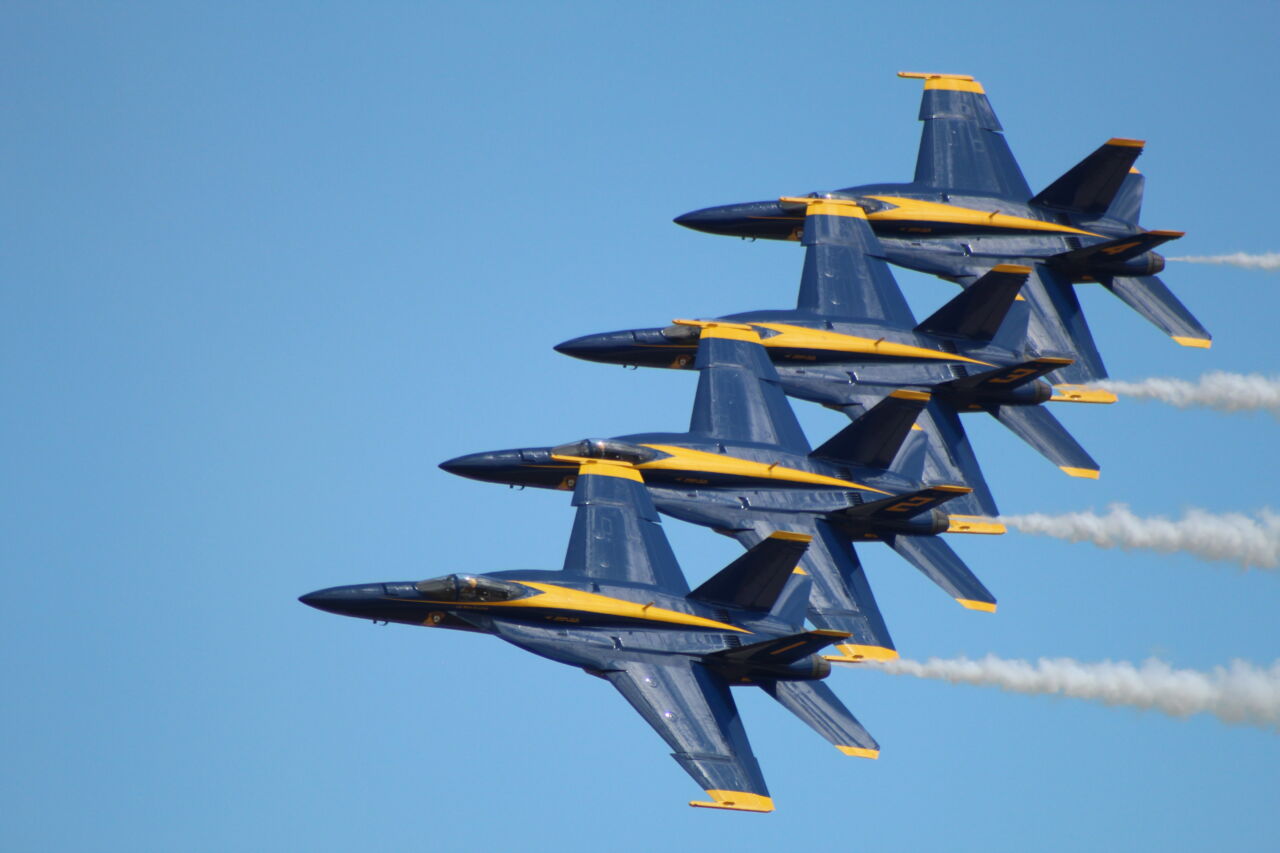 Four of the Navy's Blue Angels fly in formation over the La Crosse Regional Airport on Sunday, June 13, 2021, as part of the Deke Slayton Airfest. (PHOTO: Rick Solem)

The Navy’s Blue Angels stole the show over the weekend at the Deke Slayton Airfest.

Three military jets performed — including the Blue Angels F/A 18 Super Hornets, the F-35 Lightning II and the F-16 Hornet — along with six other acts for the Saturday and Sunday shows at the La Crosse Regional Airport.

The two-day Airfest welcomed about 4,000 spectator vehicles. With a drive-in version of the show this year, tickets were sold per car, instead of per person.

Dave Larsen with Airfest estimated about 4-6 people per car, and said they had about 16,000 fans in attendance at the two-day fest.

“It was very different with everyone spread out in the parking lot,” Larsen said, adding they were quite happy with the turnout.

Along with the show in the air, fans on the grounds were also able to take pictures with three other military jets, including the F-16.

The highlight of the show was the Blue Angels performance, which went on well over a half hour to cap off both Saturday and Sunday afternoon.

Fans were invited to come up the the fence near the runway to watch the pilots enter the six F/A 18 Super Hornets out on the tarmac. Next, they fired up their engines and headed to each side of the airport for takeoff on two different runways.

Along with multiple airplane acts, the show also welcomed the military’s most expensive defense project ever — the F-35 Lightning II, which cost over $1.5 trillion to produce. Two jets were on the grounds, but only one flew. One F-35 costs about $80 million.

There won’t be another Airfest until probably 2024, if not later. The airshow doesn’t happen unless it can bring in a military flying team, like the Blue Angels.

The Navy sets that schedule two years out, and La Crosse is not on it.

Airfest hadn’t happened in La Crosse since 2014. Larsen estimated there were between 13,000-15,000 fans in attendance for that show.