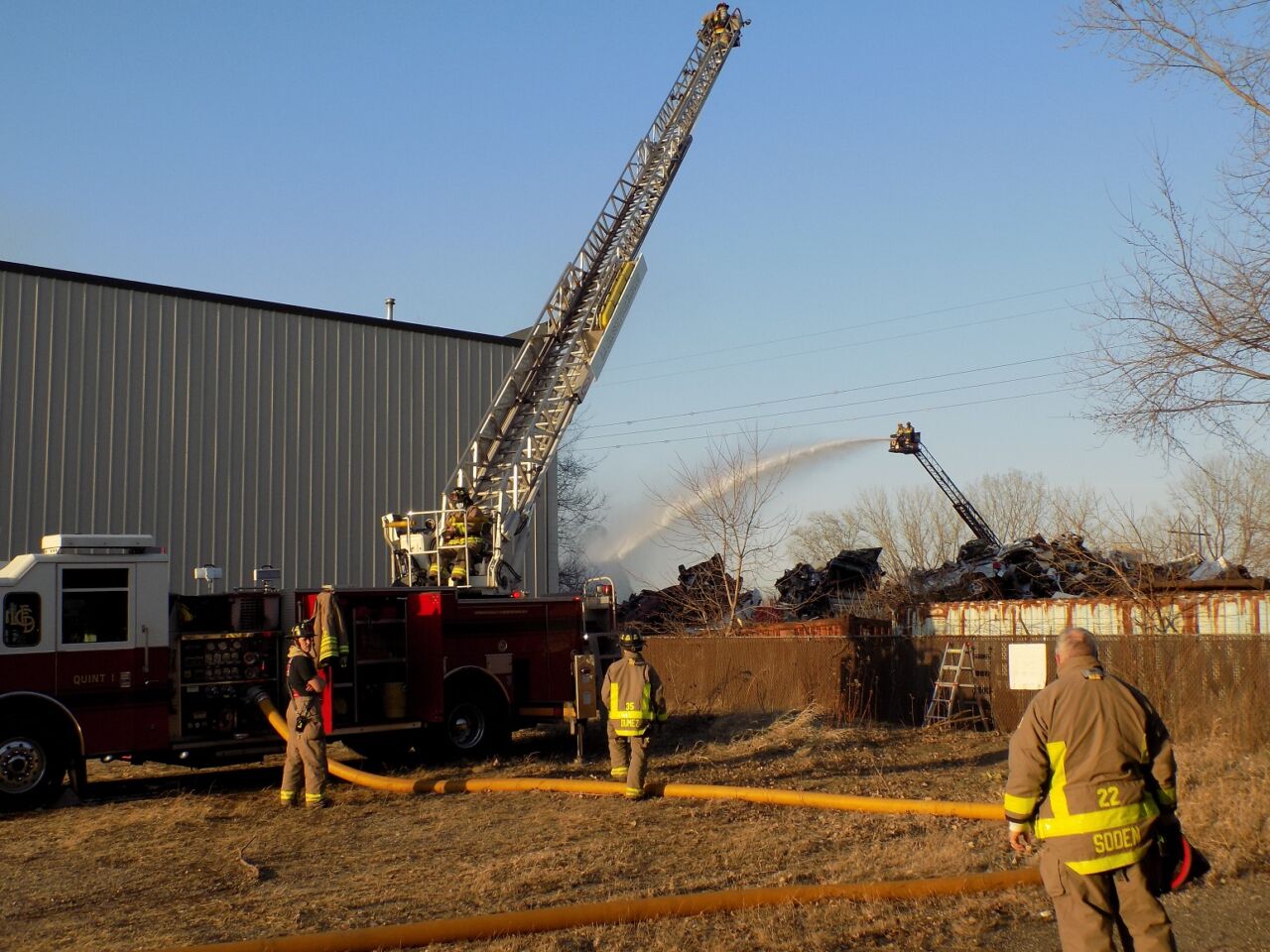 The plumes of smoke that got so many people’s attention near La Crosse on Friday was due to a large fire in La Crosse’s north industrial park.

Crews got to the scrapyard on Hauser Street in La Crosse’s industrial park around 5 p.m.

They, however, had limited ability to move around due to the number of scrapped cars, plus high-voltage transmission lines were direcly above.

Those had to be powered down, so crews could fight the fire from up high.

“Several thousand gallons per minute were needed to control the fire that took nearly two hours,” Battalion Chief Jeff Schott said in a statement. “Once under control, firefighters worked with Alter employees, who operated heavy equipment to move cars and extinguish hot spots.”

The department estimates at least 100 cars were on fire at one point.

One business nearby was evacuated, while another had their employees shelter in place due to heavy
smoke.

In the end, 24 firefighters were at the incident and eight vehicles.

Holmen and Shelby’s fire departments assisted by providing coverage on the north and south sides of lacrosse during the incident.