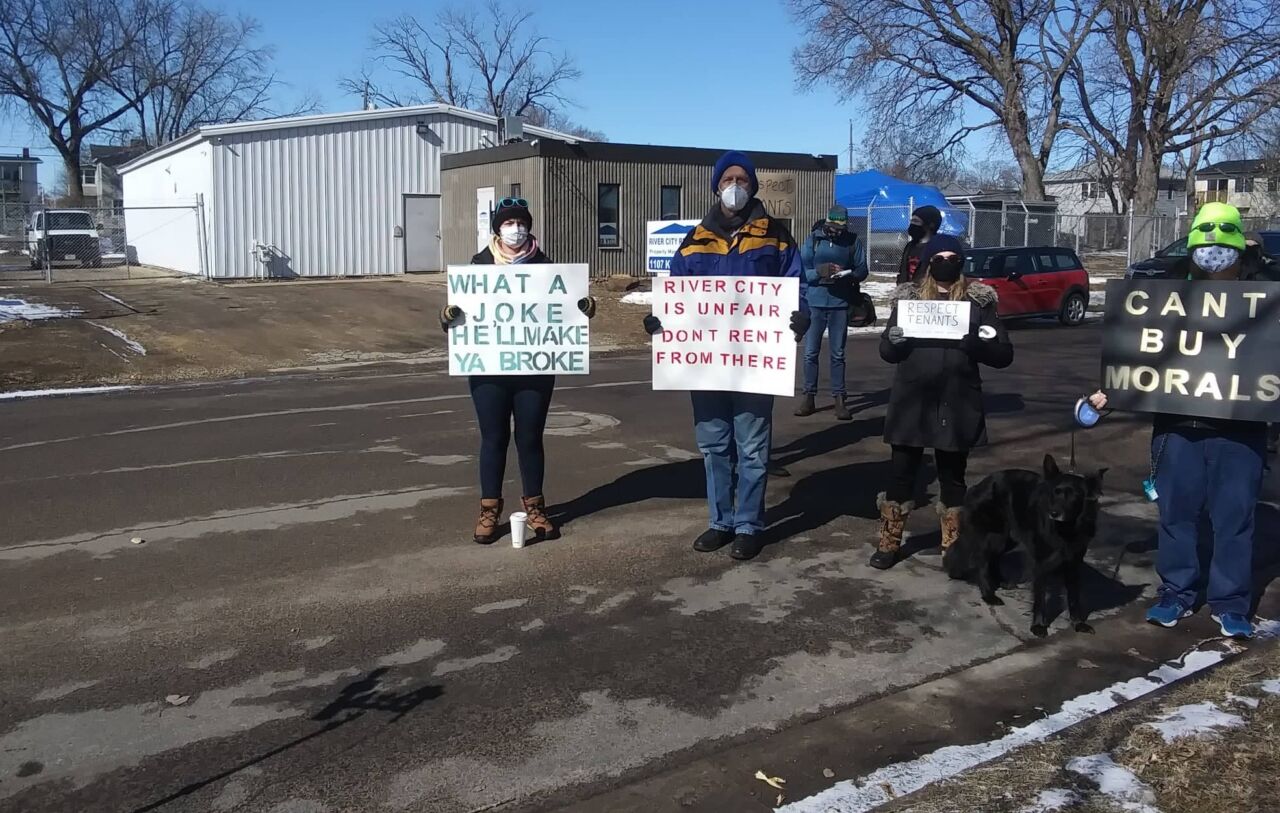 A protest against a La Crosse landlord attracted about a dozen people to a rental office on Kane Street on Monday.

Demonstrators spoke out against the River City Rentals company, specifically about the case of renter John Hricinak, who died in January while the company was in the process of evicting him from his local apartment.

Organizers of the protest say the Hricinak family was not allowed to clear out the apartment, and the 29-year-old tenant’s belongings were taken to a landfill.

The group Coulee Tenants United says this case is an example of housing problems that need to be addressed in La Crosse.

“This community needs changes, not just me and Johnny’s family,” said protest organizer Tori Ray, “but the whole community that rents. The system is broken.”

A dozen demonstrators stood outside the River City Rentals office on Kane Street on Monday, as tenants drove up to the office to deposit their rent checks.

“This particular case is really a particularly egregious and immoral example of landlords treating people with no respect,” said Peter Gorski with the group Coulee Tenants United. “Even if it isn’t illegal, it’s just clearly an unforgivable and despicable decision to throw someone’s things out like that with no care for their families.”

The demonstration was scheduled for the first of the month, assuming that the RCR office would be open to take rent payments.  A sign on the door said the office would be closed on Monday, March 1st.