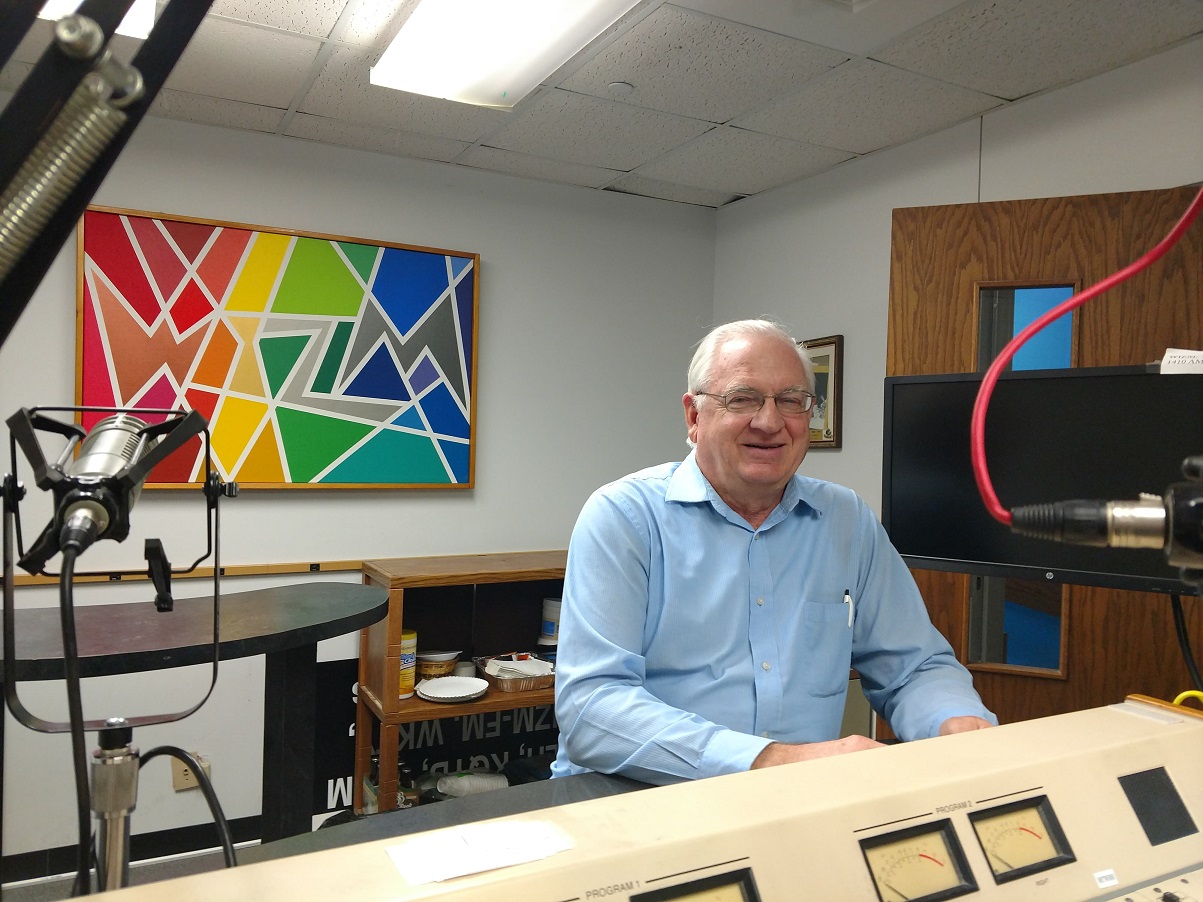 FILE PHOTO - Terry Bauer in the WIZM studio before the pandemic.

Terry Bauer has a vision for downtown La Crosse.

Monday was Day 1 for the newest executive director of Downtown Mainstreet, Inc.

Bauer’s kind of the guy known for organizing Moon Tunes and spearheading the campaign to get the bandshell made in Riverside Park.

Now, he hopes to pull the city’s small businesses through a pandemic and get them to thrive with everything on the horizon downtown.

Bauer, on La Crosse Talk PM, mentioned La Crosse has the fourth largest river in the world running alongside it, a levee bringing in the Vikings cruise ships is being built and the La Crosse Center is wrapping up a $42-million renovation.

All those things just around the corner, while the bandshell is the centerpiece of the Rotary Lights display in Riverside Park right now.

“You’d have to go a long ways to find something nicer,” Bauer said. “So, there’s a lot of things that draw people.”

“The next six months could be pretty brutal for a lot of small businesses so we need to do everything we can,” Bauer said. “You don’t want to have empty stores all over downtown — that doesn’t bode well for our community. We need that strong business base to build upon and that’ll be my efforts moving forward, to solidify that.”

Bauer has been a pillar in the La Crosse and surrounding communities. He’s worked at Reinhart Foods for 30 years. He’s been on the Oktoberfest board and with the La Crosse incubator — each for six years.

The first thing Bauer wants everyone to do is simply take the pledge to shop locally — there’s a $50 gift card lottery in it, too — as Bauer said Amazon founder Jeff Bezos will probably survive.

“We’ve got to do everything we can to keep our community viable and certainly that is to focus on (shopping) locally — support small businesses,” Bauer said. “I was downtown Saturday. Lots of traffic downtown. Lots of people in the stores.”