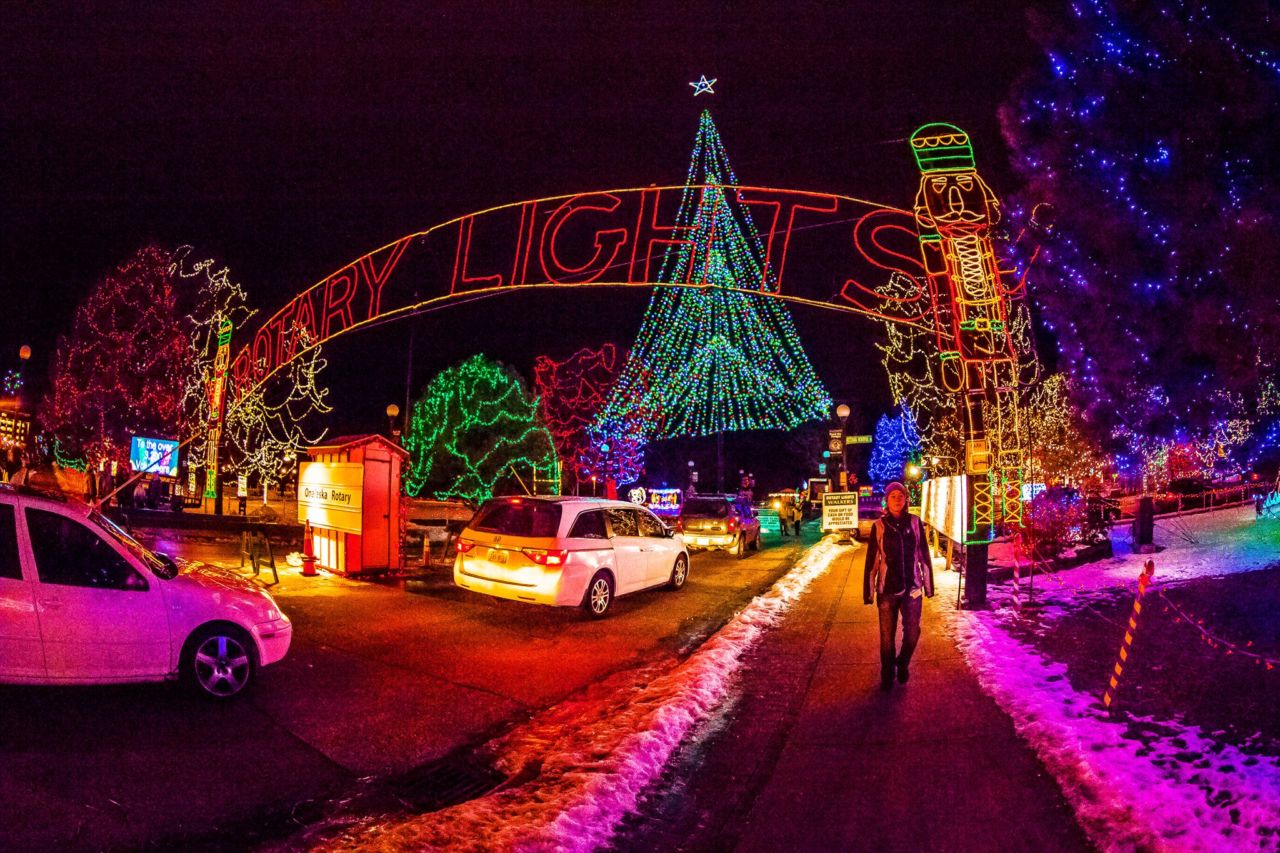 At some point Friday morning, Santa and his reindeer will be landing in Riverside Park, gearing up to switch on Rotary Lights.

A fireworks show is followed by Santa flipping on the lights display at 5 p.m., in what will amount to about a 10-minute ceremony, before the park officially opens.

“They will be here until Dec. 23,” Rotary Lights president Pat Stevens said Friday on La Crosse Talk PM of the reindeer. “You know, we always try to get them for the 24th, but they tell us they’re busy that day.”

There will be premade Smores for people to roast on a fire. The warming tent will be playing movies.

“All we ask is that, if you enjoy the show, you try to be generous,” Stephens said. “We take care of 14 food pantries from Rotary Lights and the need has never been greater.”

For those walking, there will be multiple drop-off sites throughout the park. For those driving, the drop-off is at the exit. Last year, about 340,000 items were dropped off.

Speaking of those driving, with construction at the La Crosse Center, there’s only one way to get to and through the park, and that’s to get north near Festival and come back down Copeland Avenue, before hanging a right on Second Street. The route will be marked and volunteers out helping direct traffic, as well.

Santa will be taking toy requests from the kids, in a little bit different a setup, but one Stephens thinks will be one of the main attractions.

“For the first time this year, while the kids are waiting to see Santa, we have a hologram that’s been made,” Stephens said. “They’ll be fascinated by that I think as they wait for Santa.

Kids can check out the Hologram, then walk up to a window, grab a mic and tell Santa what they want through a window-type display.

“The kids can “make their wishes as to what they want for Christmas, and Santa can determine if they’ve been naughty or nice,” Stephens said.

Aside from the Hologram, Stephens is proud of the work volunteers did on a new sleight, as well.

“We just moved it into the park — a 13-foot beauty,” Stephens said. “I think there’s going to be thousands of family pictures taken in that this year. Built from scratch by our own volunteers. It’s really magnificent.”

Other attractions will include the ice rink, which will get flooded when the weather cooperates. People, however, will need their own skates. Stephens said if you give them a call ahead of time, they might be able to find some.

Rotary Lights started 26 years ago with 250,000 bulbs. A day after Thanksgiving, Stephens is thankful for LEDs.

“We have not kept track of the number that have been worn out, or chewed up, or tossed out and so on,” he said. “I can tell you, we bought 4 million and there’s a lot of those in the park right now.”

Stephens is hoping, next year, the city can get more trees into Riverside Park, after a lot of ash trees were chopped, to fend off the Emerald Ash Borer.