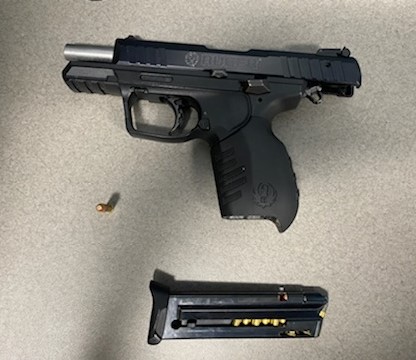 Transportation Security Administration (TSA) officers stopped a man from carrying a loaded handgun and a magazine with bullets onto an airplane at the La Crosse Regional Airport Tuesday.

Around 5:15 a.m., a TSA officer detected the gun in the Washington man’s carry-on bag. It was a .22 caliber handgun and the magazine had 12 bullets, according to the release.

TSA officials alerted the La Crosse Police Department. A responding officer took the weapon and escorted the passenger and weapon away from the checkpoint.

“Travel during this holiday season is ramping up and firearms continue to be detected at airport security checkpoints,” said Wisconsin’s TSA Federal Security Director Mark Lendvay. “During this pandemic, our sharp TSA officers remain vigilant while keeping our airports as safe and secure as possible.”

This is the first firearm detected at the La Crosse Regional Airport this year. A total of two were detected at security checkpoints in 2018.

Passengers are permitted to travel with firearms in checked baggage if they are unloaded, packed separately from ammunition in a locked hardback case, and declared at the airline check-in counter, according to TSA. Firearm possession laws vary by state and locality.