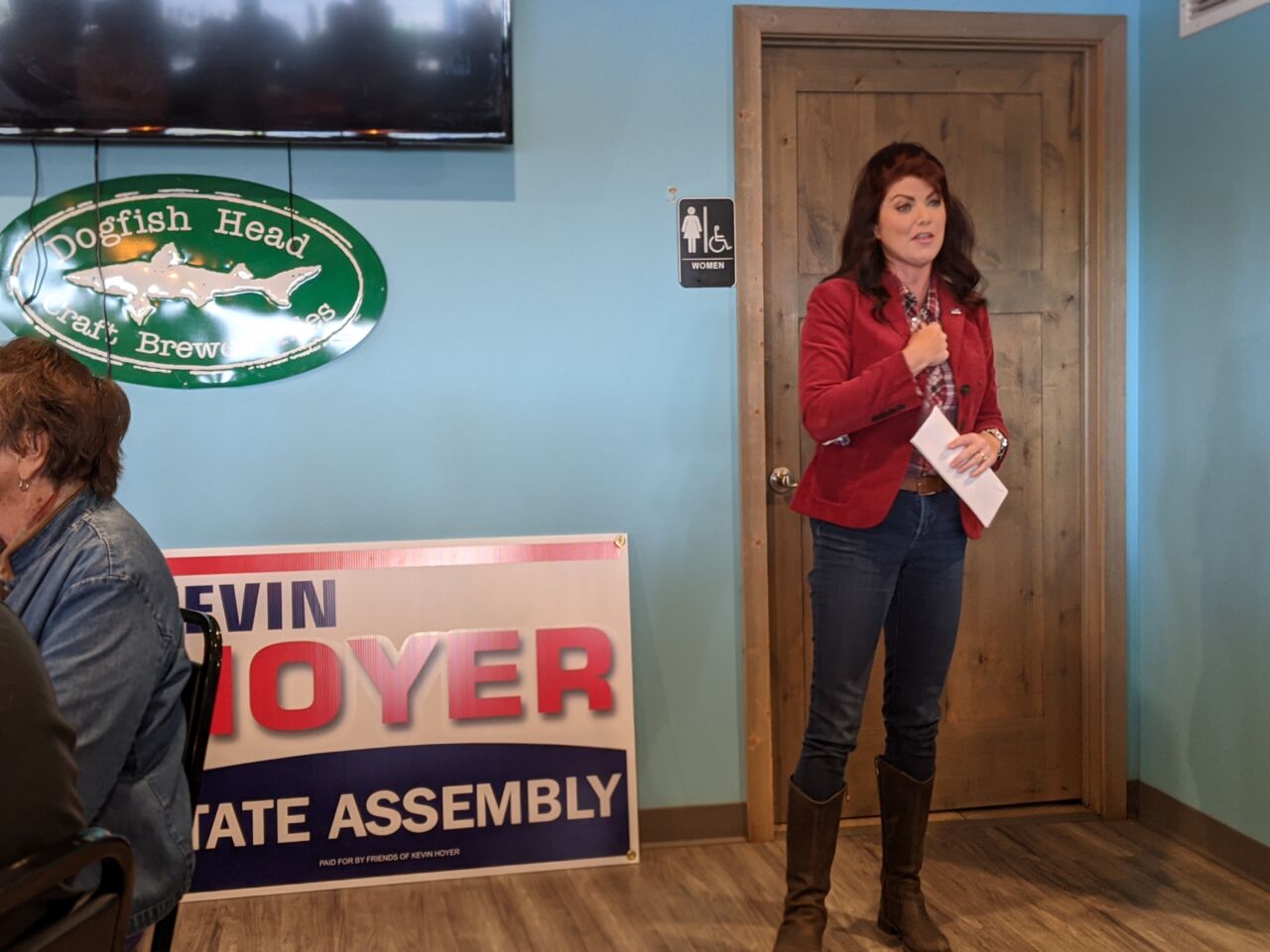 Although many are calling her the Republican gubernatorial candidate for 2022, former Wisconsin Lt. Gov. Rebecca Kleefisch said right now, she’s staying focused on her work.

Kleefisch has been traveling the state to push for conservative legislative majorities before the Nov. 3 election.

“These majorities are going to enable us to do great things and move conservatism forward with evidence-based policies,” Kleefisch said while at an event to support candidates Kevin Hoyer for the 94th Assembly District and Jerome Gundersen for the 95th Assembly District.

She personally recruited 25 candidates to run for Wisconsin assembly and started a political action committee called the Rebecca PAC in late July to raise money for those candidates.

“Folks from across the state are throwing down donations, and I’m able to give these candidates enough money so that they can buy more yard signs and buy more literature,” Kleefisch said. “They can do more doors and ask people for their votes.”

Another project the former Lt. Governor is working on is the 1848 Project. The advocacy group focuses on a conservative plan for Wisconsin where she claims there is a lack of organization and proactive leadership.

In addition, Kleefisch partnered with the Associated Builders and Contractors of Wisconsin as the organization’s job ambassador.

“That is really relatable right now because we are in the middle of the pandemic, and our economy took a tumble,” she said. “The construction industry has been ruled essential, and construction is ongoing. I help people understand the incredible opportunities that exist in Wisconsin construction.”

Part of the effort includes a video series called Money Jobs that highlights careers in construction.

Although it is not clear if and when Kleefisch will announce her candidacy for governor, she has been closely watching issues that put Wisconsin in national headlines, including the police shooting of Jacob Blake.

“Our governor fanned the flames of a culture war with a statement the day after we saw the shooting,” she said. “The leader of the state could not hold his tongue until after the Department of Justice investigation was completed. Instead, he came out with a highly political statement where he was the judge and jury in an instant.”

She said there needs to be trust in the system, and if the system is broken, then there should be unity in trying to fix it.