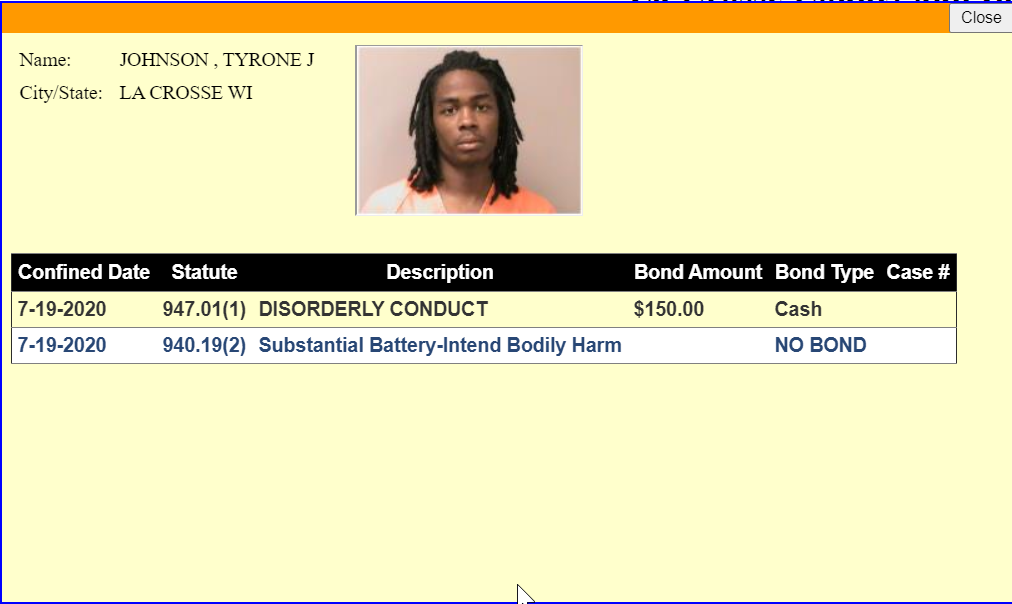 A bride and groom who say they were attacked by two men in downtown La Crosse this weekend claim they were singled out by their assailants because of race.

The newlyweds are white, and the two men accused of attacking them are black.

Twenty-four-year-old Tyrone Johnson is accused of punching the woman, leaving her with a broken eye socket and broken nose.

A criminal complaint says the woman apparently was knocked down to the ground Saturday night outside Brothers Bar on Pearl Street, while still in her wedding dress.

The woman had multiple injuries on her face, as she and her husband spoke by Zoom at Johnson’s initial court appearance on Monday.

Johnson was released from jail on a $5000 signature bond.

Judge Elliott Levine placed Johnson under house arrest, meaning he can only leave home to go to work, and cannot go to any bars.

The second suspect in the attack, Walter Walker,

No injuries were reported from the gunfire, and

A third person facing charges in the case, Jennifer Hendricks, remains in jail and is scheduled in court on Tuesday.