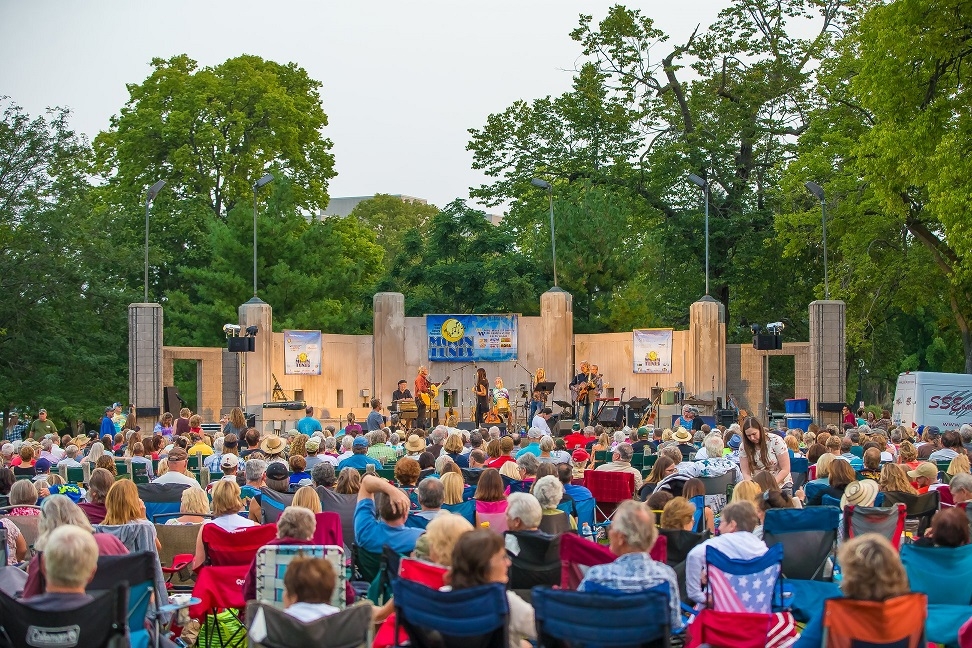 The usual Thursday night ‘Moon Tunes’ concerts in La Crosse are still off until August, but there is hope that they could resume earlier.

Moon Tunes spokesman Terry Bauer tells WIZM’s La Crosse Talk that the Riverside Park concerts are much easier to organize than music festivals like Summerfest, because the local performers who do Moon Tunes shows can be booked more quickly.

Meanwhile, Bauer says work crews will remain busy in the coming weeks, finishing the bandshell construction and other tasks in Riverside Park, such as landscaping.

Although concrete for the bench seating may go in this summer, Bauer says the benches won’t be installed at the bandstand until next year.