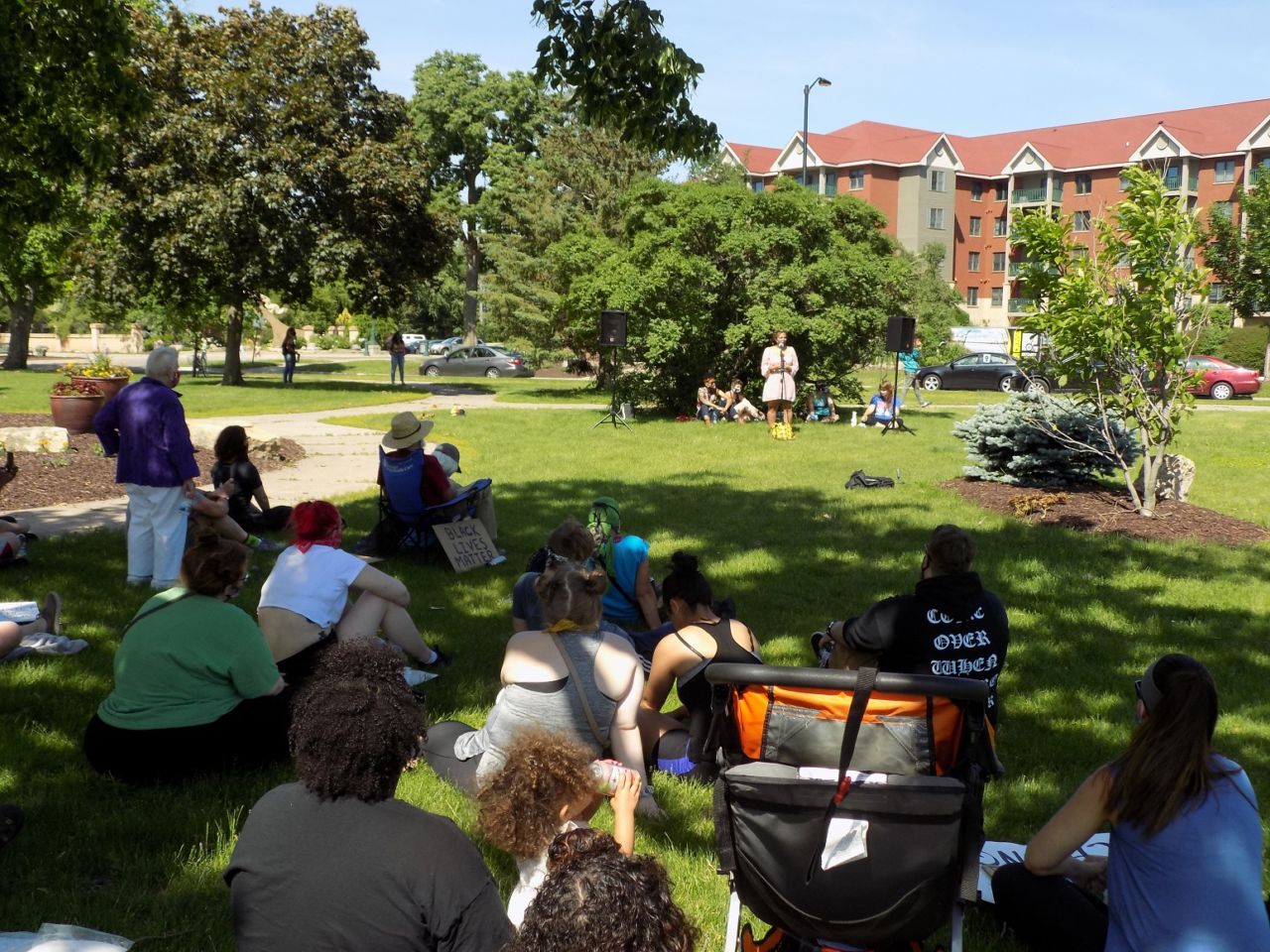 About 200 to 300 people showed up at Riverside Park in La Crosse on Sunday, for the city’s latest peaceful gathering following the death of George Floyd in Minneapolis.

Several speakers told personal stories of encountering racism in their own lives.

One speaker was Shirley Fritz, who is African-American, and a Navy veteran.

Fritz said she used a parking space reserved for veterans, and was told she couldn’t park there. When the man confronting her wanted to see ID to prove that she was a veteran, she said no.

Shelby said ‘white privilege’ can be a good thing, if white people use their privilege to fight against racism.

After the rally, attended marched through much of downtown La Crosse.