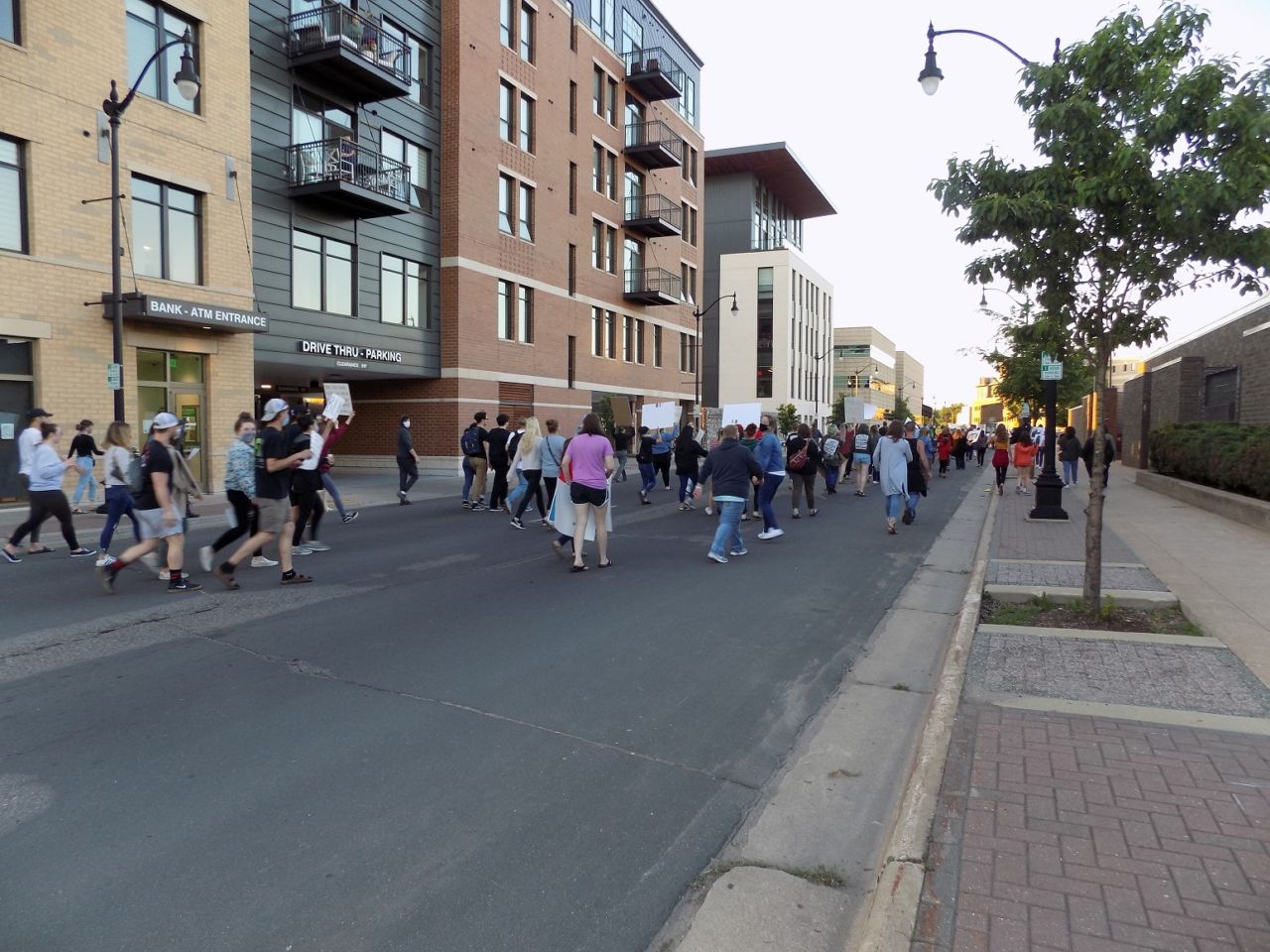 The next event in response to a police-related death in Minneapolis happens Wednesday night, starting at 7 p.m. in Riverside Park.

Kabat is pleased that La Crosse city police have tried to avoid confrontation with demonstrators, and have not tried to “escalate” situations.

Kabat has found himself drawn into the local demonstrations held in the past week after the Minneapolis death of George Floyd.

Kabat’s wife was pepper-sprayed one night during an encounter with a driver downtown.

The next night, the mayor met personally with marchers outside City Hall.