Who's greener? Mine fight pits electric cars against flower 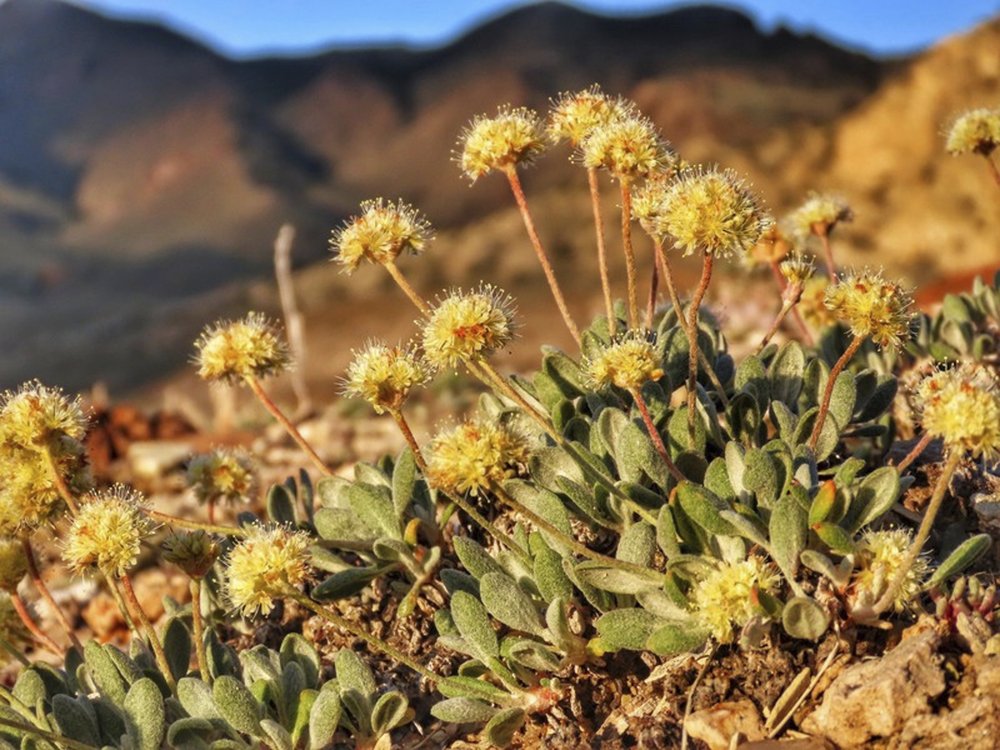 FILE - This June 1, 2019, file photo provided by the Center for Biological Diversity, shows the rare desert wildflower Tiehm's buckwheat in the Silver Peak Range about 120 miles southeast of Reno, Nev. An Australian mining company says its pursuit of a huge lithium deposit in Nevada is critical to accelerating the manufacture of electric vehicles and reducing greenhouse gases. Opponents argue the mine can't be built without causing the extinction of the only native population of the rare desert wildflower known to exist in the world. (Patrick Donnelly/Center for Biological Diversity via AP, File)

To the Australian company that wants to mine lithium beneath the federal land where it grows, the perennial herb is a potential roadblock to a metal badly needed for electric vehicles and the global push to reduce greenhouse gases.

To environmentalists determined to halt the open pit mine, it’s a precious species that exists nowhere else in the world.

And to plant ecologists, it’s a scientific challenge to try to grow the wildflower from seeds in a greenhouse.

Whose mission is a nobler shade of green depends on who you ask.

The competing interests appeared to find some common ground earlier this year at the remote site about 200 miles (320 kilometers) southeast of Reno. Ioneer Ltd. has spent millions exploring the site, which it says is one of the world’s biggest undeveloped lithium-boron deposits.

But the Center for Biological Diversity withdrew its lawsuit against the U.S. Bureau of Land Management in January after Ioneer ended its exploration activities and agreed to provide the group notice before resuming any work at Rhyolite Ridge in rural Esmeralda County.

Still, Ioneer remains committed to the mine it says is expected to produce 22,000 tons (19,958 metric tonnes) of lithium carbonate needed for electric car batteries like the ones Tesla makes east of Reno, create 400 to 500 construction jobs and 300 to 400 operational jobs.

And environmentalists insist the legal battle is just beginning.

“The storm is brewing on the horizon,” said Patrick Donnelly, Nevada director of the Center for Biological Diversity.

The U.S. Fish and Wildlife Service is considering the center’s petition, filed in October, to add the flower to the federal list of endangered species. And the Nevada Division of Forestry announced this week it would soon start gathering public comments to help determine whether to take its own action to protect the plant.

The company acknowledges Tiehm’s buckwheat hasn’t been documented anywhere else on earth, but denies the mine would lead to its extinction.

Company officials say they’ve been researching the plant since 2016, going to great lengths to ensure its protection and examining how it’s fared during previous mining operations at Rhyolite Ridge, near the small town of Tonopah, over the past 80 years.

They recently spent $60,000 for a yearlong study at the University of Nevada, Reno. Scientists there are growing hundreds of seedlings in a greenhouse to determine whether it’s feasible to transplant them into the wild to bolster the limited population, an estimated 43,000 plants covering a total of 21 acres (8.5 hectares).

“We have always been aware of the buckwheat. It didn’t come as a surprise,” Ioneer President Bernard Rowe told The Associated Press in a phone interview from Australia.

“We’re seeing evidence of that at the greenhouse at UNR,” Rowe said. “We’ve got a reasonably high degree of confidence we can successfully propagate these plants and protect them.”

University researchers are doing their best to replicate the harsh desert conditions with poor soil quality at the greenhouse where they planted 3,276 Tiehm seeds in January.

“We torture them. We want them to know life is hard, starting now,” said Beth Leger, a UNR plant ecologist who has done extensive research on invasive cheat grass and native plants of the Great Basin region.

She and her graduate assistant Jamey McClinton hoped as many as 600 would germinate, but were pleasantly surprised when 900 had sprouted by mid-February.

“We didn’t even know if it would grow in a greenhouse,” said McClinton, who did her master’s work on the related but distinct Crosby buckwheat and isn’t aware of anyone else trying to grow Tiehm’s.

The slow-growing flowers have fragile roots that dry out easily and make up 70% of the plant.

“We know they are very tolerant of horrible soil. That’s unusual,” Leger said. “What we don’t know is how it will grow in other kinds of soil.”

Leger, who also serves as director of UNR’s Museum of Natural History, said those who dismiss the flowers as weeds unworthy of all the fuss don’t understand the value of biodiversity.

“Weed is a human construct. A weed is a plant that grows anywhere a human doesn’t want it,” she said, adding biodiversity is “magic” and a safeguard against future loss.

The research funded by Ioneer is examining the possibility of transplanting plants as well as growing new ones from seedlings to be planted at or near the mining site.

As far as transplanting, Leger said, “I don’t think it’s an awesome idea.”

“To establish a real population,” McClinton added, “you have to grow them from seedlings on their own.”

But Donnelly said the new research appears to be aimed at finding an alternative site “to keep the species alive so Ioneer could destroy its habitat.”

He acknowledged a difference between transplanting plants and growing them from seeds, but said it’s “beside the point, really.”

“A species is more than a set of genetic material. A species is inextricable from its habitat,” Donnelly said. “To allow a species’ habitat to be wiped out and put it someplace else, is functionally allowing it to go extinct.”