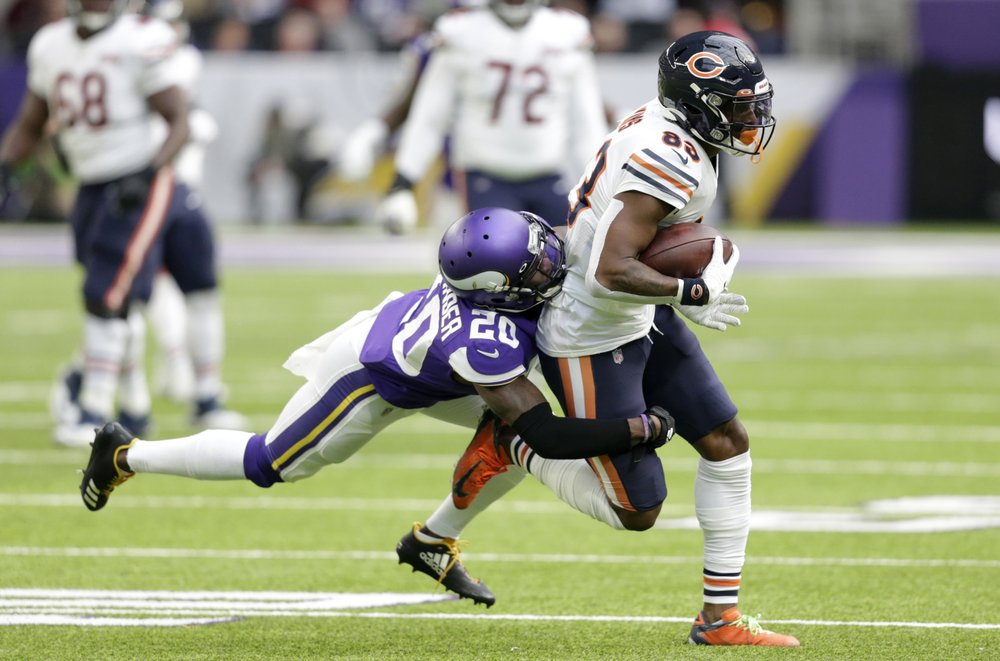 EAGAN, Minn. (AP) — The Minnesota Vikings secondary will be short-handed for Sunday’s playoff game at New Orleans, with cornerback Mackensie Alexander ruled out with a knee injury and cornerback Mike Hughes placed on injured reserve with a neck problem.

Alexander, the slot man in the nickel defense, was one of the few regulars who played in the last game against Chicago with the Vikings already locked into the sixth seed in the NFC. Alexander was already dealing with the injury last week and listed as questionable to face the Bears. He did not practice at all this week.

Hughes also played in the Chicago game. He was a full participant in practice on Wednesday, limited on Thursday and then shelved on Friday. Coach Mike Zimmer said only Hughes was hurt “playing football,” declining to divulge the nature, timing or severity of the injury.

The Vikings were prepared to use Hughes in the slot in place of Alexander, and Zimmer had just spoken highly of the 2018 first-round draft pick’s progress and versatility on Thursday. Zimmer began to give Hughes turns at the outside cornerback spots in a rotation of sorts with starters Xavier Rhodes and Trae Waynes down the stretch.

Now, the only viable options in the slot to face the Saints and their potent passing attack led by quarterback Drew Brees and wide receiver Michael Thomas will be second-year cornerback Holton Hill, backup safety Jayron Kearse or rookie cornerback Kris Boyd.

“We will find a way,” Zimmer said.

Hughes has also been the punt returner during the second half of the season, so the Vikings re-signed Marcus Sherels on Friday for the second time this season to fill in. Sherels, a 10th-year veteran, is the franchise’s all-time leading punt returner.

Backup defensive end Ifeadi Odenigbo, who played extensively against the Bears, was also listed as questionable with a hamstring injury to face the Saints, who were tied for third in the NFL this season with an average of 28.6 points per game.

Linebacker Eric Kendricks, who has been limited in practice by a quadriceps injury, will play after getting hurt against Green Bay on Dec. 23 and sitting out against Chicago.

Kendricks has been about the only positive development on defense this week for the Vikings, with both his leg healing and his place on the Associated Press All-Pro team that was announced on Friday. The fifth-year player, who was passed over for the Pro Bowl, tied for the league lead among linebackers with 12 passes defensed. He led the team in tackles for the fifth consecutive season.

“I just always said I’m not worried about it. I’ll get what I deserve,” Kendricks said.