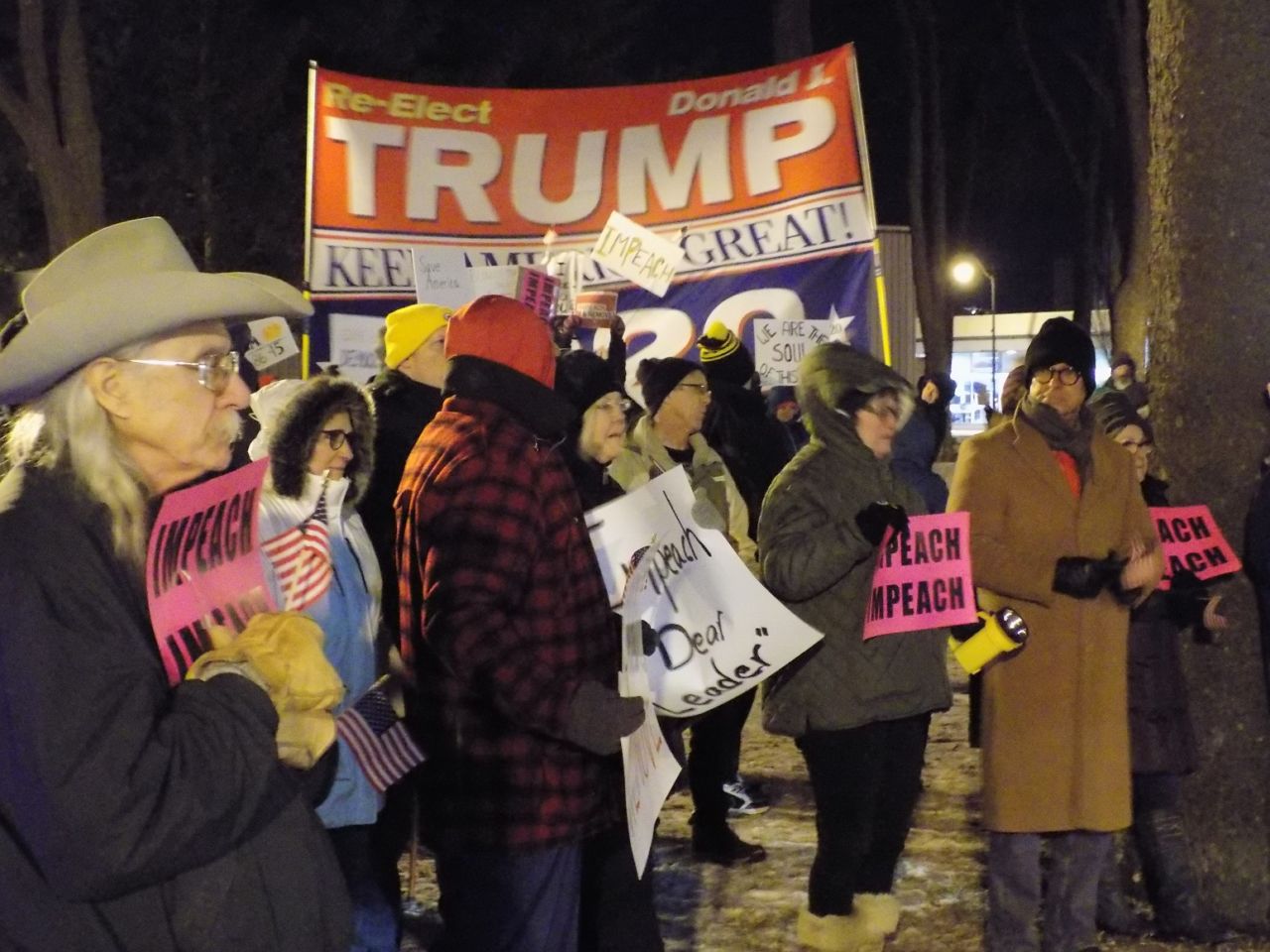 On the night before a possible House vote to impeach President Donald Trump, about 100 people gathered at La Crosse’s Cameron Park to support the idea of impeachment.

The Tuesday night event also attracted a small group of about 10 supporters of the president, holding a large Trump campaign banner.

A loud argument between members of the two groups apparently led to a woman becoming tangled up in the banner and falling to the ground.

The rally continued after the Trump supporters left the park.

“We’re willing to accept even political opposition to stand next to us, but not intrude into our space,” said Viterbo University political science professor Keith Knutson, who will be on La Crosse Talk PM at 5 p.m. Thursday with Rick Solem.

Bennett Shapiro of the group Next Gen Wisconsin reminded demonstrators that even if Trump is impeached, he can still run for re-election.

“Imagine Trump without the fear of possibly not being re-elected again,” said Shapiro. “He’ll be free to do whatever he wants without having to please his base, so imagine him doing things that would even make those people upset.”

UW-L student Wyatt Molling, another of the pro-impeachment speakers, noted there had been three impeachment investigations in recent U.S. history.

“I’d like to make sure this is the last time that we have to impeach a president,” said Molling.