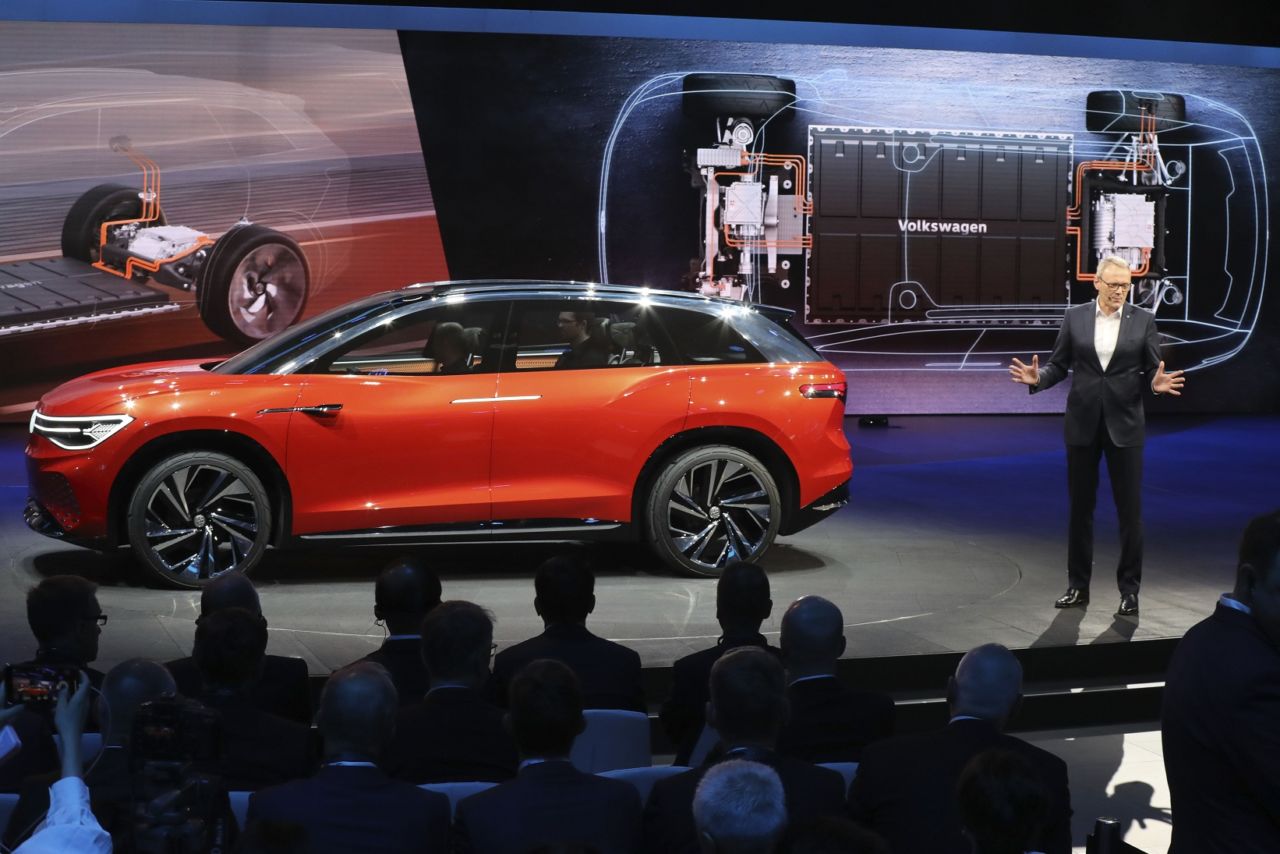 MINNEAPOLIS (AP) — How big of a cut to greenhouse gas emissions can $47 million buy?

State regulators recently announced plans to spend a chunk of cash from a national legal settlement with Volkswagen on a host of projects to make more of the transportation sector run on electricity and cleaner fuels.

The money is a rare opportunity to reduce Minnesota’s carbon footprint without spending taxpayer dollars, and it will buy hundreds of greener vehicles over the next eight years, along with infrastructure for electric cars. Gov. Tim Walz’s administration has placed an emphasis on cutting emissions from transportation, since it makes up the largest share of Minnesota’s overall greenhouse gases.

But the $47 million also underscores the challenge of shrinking the carbon emissions that emanate from millions of cars, boats and other vehicles roaming Minnesota.

Volkswagen settled with the federal government in 2016 following allegations the auto company cheated emissions tests to meet legal standards. Volkswagen paid out nearly $15 billion as a result of the scandal, $2.9 billion of which was distributed among states and tribal governments to help the environment.

The Minnesota Pollution Control Agency has been tasked with deciding how to use the state’s $47 million share, and will dole out the money in grants over 10 years. Mary Robinson, an MPCA spokeswoman, said the settlement is not solely focused on greenhouse gas emissions. The state also has a goal of reducing nitrogen oxide, which causes smog, and fine particle pollution.

The agency has already decided how to spend the first $11.75 million, offering grants for electric charging stations and a swath of electric or cleaner-burning vehicles like school buses, heavy duty trucks and off-road equipment such as forklifts. That money was intended more to reduce nitrogen oxide and fine particles by replacing older polluting vehicles with newer and cleaner ones that run on diesel, propane or natural gas, and Robinson said the MPCA “went way above and beyond” goals for cutting the pollutants.

The draft plan released for a second phase of spending will direct $23.5 million in grants over the next four years for similar upgrades. It’s aimed more at cutting greenhouse gases, Robinson said, through an emphasis on “electrification.”

The MPCA estimated that included in the host of spending would be 53 electric school buses and another 106 that run on fossil fuels like diesel and natural gas but emit less carbon emissions than current buses on the road. About $7 million will be spent on heavy-duty electric vehicles like transit buses. Fifteen percent of the money, $3.5 million, would also be spent on electric vehicle chargers, the maximum amount allowed under the settlement. That cash will buy 147 chargers.

Rebecca Place, electric vehicle coordinator for the MPCA, said replacing heavy-duty off-road vehicles often brings the most emissions reductions because they have larger engines and are used for longer periods of time each day compared to passenger cars.

But she said the agency is also trying to diversify the grants to have a “broad spectrum of vehicle replacements.”

For all that, the MPCA predicted the Volkswagen settlement would bring just a modest cut to emissions that cause climate change.

The Next Generation Energy Act, passed in 2007 under Gov. Tim Pawlenty, says Minnesota should reduce overall emissions 80% over 2005 levels by 2050. Minnesota did not meet the 2015 emissions goal under that law, and it is unlikely to meet the 2025 one, according to the MnDOT report.

Andrew Twite, a senior policy associate at the nonprofit Fresh Energy, said the up-front cost of electric vehicles is falling, but can be expensive. But he said the Volkswagen settlement can help be an investment in infrastructure for electric vehicles while early capital costs are high and build familiarity with the products among businesses and governments that own vehicle fleets.

He also said the current price of buying vehicles explains the overall approach the Walz administration has taken to cut greenhouse gasses. By using policy to “spur demand in the vehicles,” governments can help the electric vehicle market grow until technology and “economies of scale” make it competitive enough to surpass fuel-powered cars.

The Walz administration’s flagship proposal in this formula is to adopt California-style rules that regulate tailpipe emissions and mandate auto manufacturers to supply more plug-in hybrid or electric cars to the state. Robinson said state the MPCA is roughly estimating that by 2030 the so-called Clean Cars rules could reduce greenhouse gas emissions by two million tons each each year by 2030.

Walz has also championed biofuels as a way to reduce emissions. An August report by the Minnesota Department of Transportation (MnDOT) said the state would rely on the alternative fuels made primarily from corn and soybeans for a huge reduction in transportation emissions to meet state goals.

The MPCA is accepting public comments on its “Phase 2” proposal for the Volkswagen settlement until Dec. 20 and will submit its final plan for legal approval by a settlement trustee in Delaware, Robinson said.

“This is pretty unprecedented,” Robinson said.