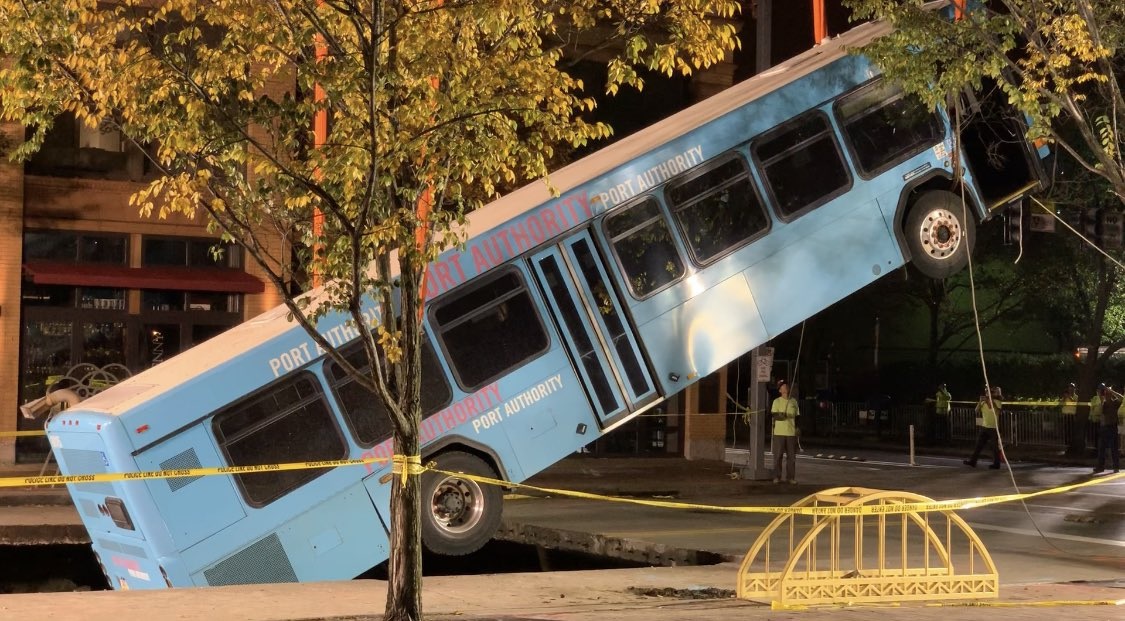 PITTSBURGH (AP) — A bus that was partially swallowed when a sinkhole opened during morning rush hour in downtown Pittsburgh has been removed from the hole.

The Port Authority of Allegheny County says the driver and a 56-year-old female passenger were aboard when the bus plunged into the hole Monday morning. Officials say the passenger was treated at a hospital and released.

Public Safety Director Wendell Hissrich says the bus was sitting on three power lines, two of them 22,000-volt lines. He said there are also fiberoptic cables, and damage to them could affect communications in the tri-state area.

The lines and pipes will be assessed and repaired.