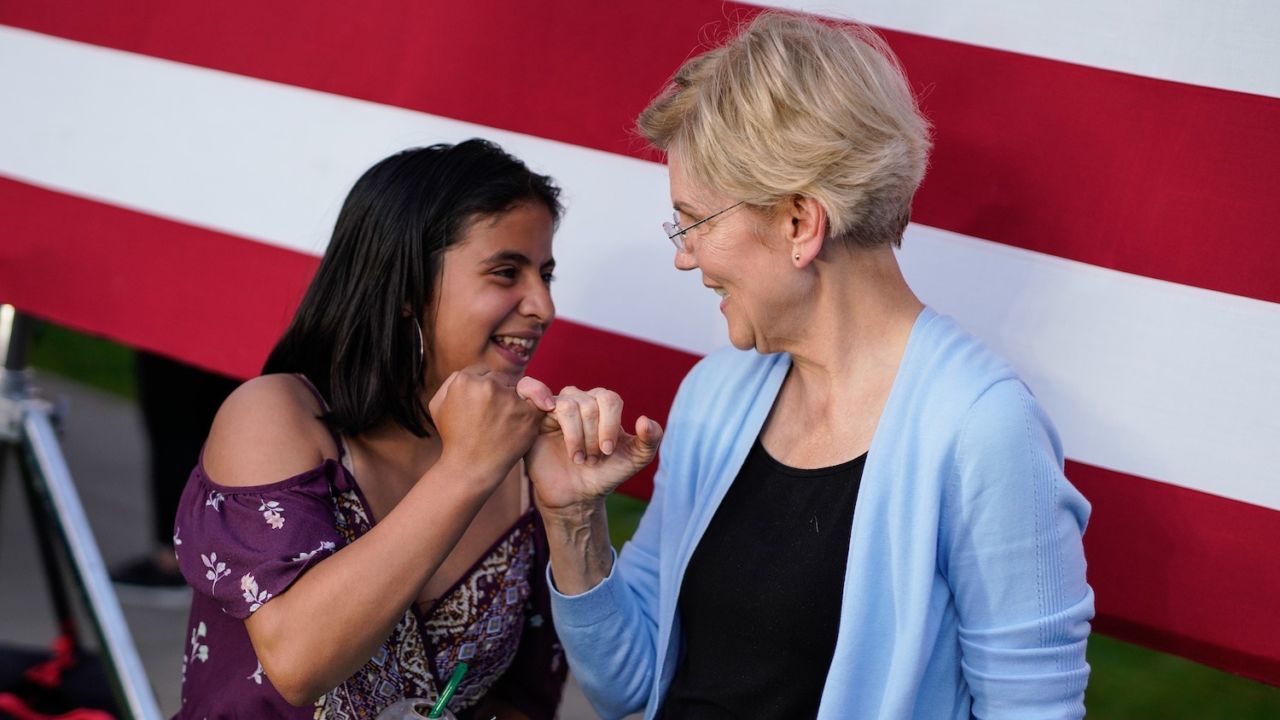 Warren on Tuesday visited Better Futures Minnesota, a Minneapolis nonprofit that helps men who’ve gotten out of prison achieve self-sufficiency. At a roundtable there with criminal justice advocates, Warren said the criminal justice system is not working.

On Monday evening, Warren drew a crowd of 12,000 at Macalester College in St. Paul. The Warren campaign says it was her largest crowd yet.

Warren told reporters Tuesday that the crowd was ready for big structural change in Washington. She says they’re people who believe in America, but see an America that’s not working, and that this is their chance to turn it around.