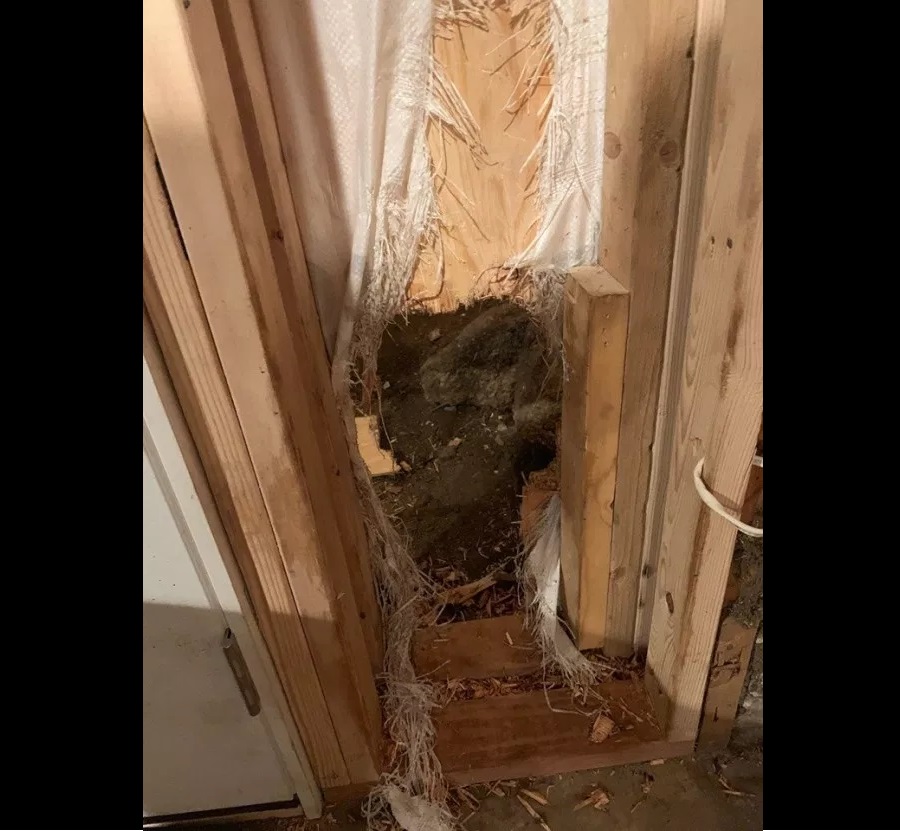 A hole in the wall of a house in Estes Park is seen after a bear crashed through it Friday night. (PHOTO: Estes Park Police Department)

DENVER (AP) — A black bear broke into a Colorado house over the weekend and left by breaking through a wall “like the Kool-Aid Man.”

Estes Park police say the break-in occurred Friday night and that the animal was likely attracted to trash.

A Facebook post by the police department said: “Upon officer’s arrival, said bear forcibly breached a hole in the wall like the ‘Kool-Aid Man’ and made its escape.”

Colorado Parks and Wildlife said bears entered over 35 vehicles and nine residences in the Estes Park area in the 10 days before Aug. 3. Residents were encouraged to close and lock all doors and windows to homes and vehicles.