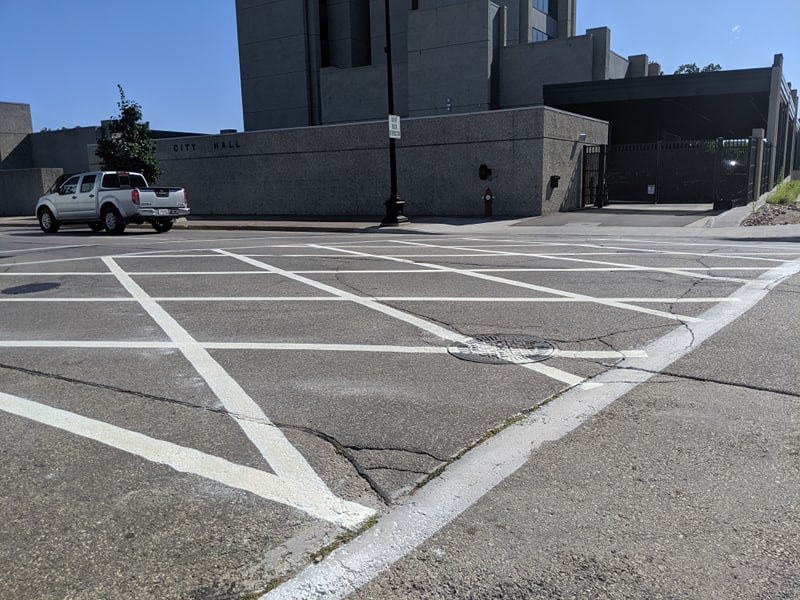 New road markings are another indication that it is illegal to block the intersection.

La Crosse Police hoped new road markings in downtown La Crosse will help their ability to respond to emergency calls. City crews painted a new diamond pattern at the intersection of 4th Street and Badger that means “do not block,” according to police.

Police said at times during the day, northbound traffic stopped for the lights at 4th and La Crosse Street will backup for several blocks making it next to impossible for their officers to respond to emergency calls as vehicles block their exit.

The new markings indicate it is illegal to block that stretch of road.