La Crosse is "Ready for 100" in energy goals 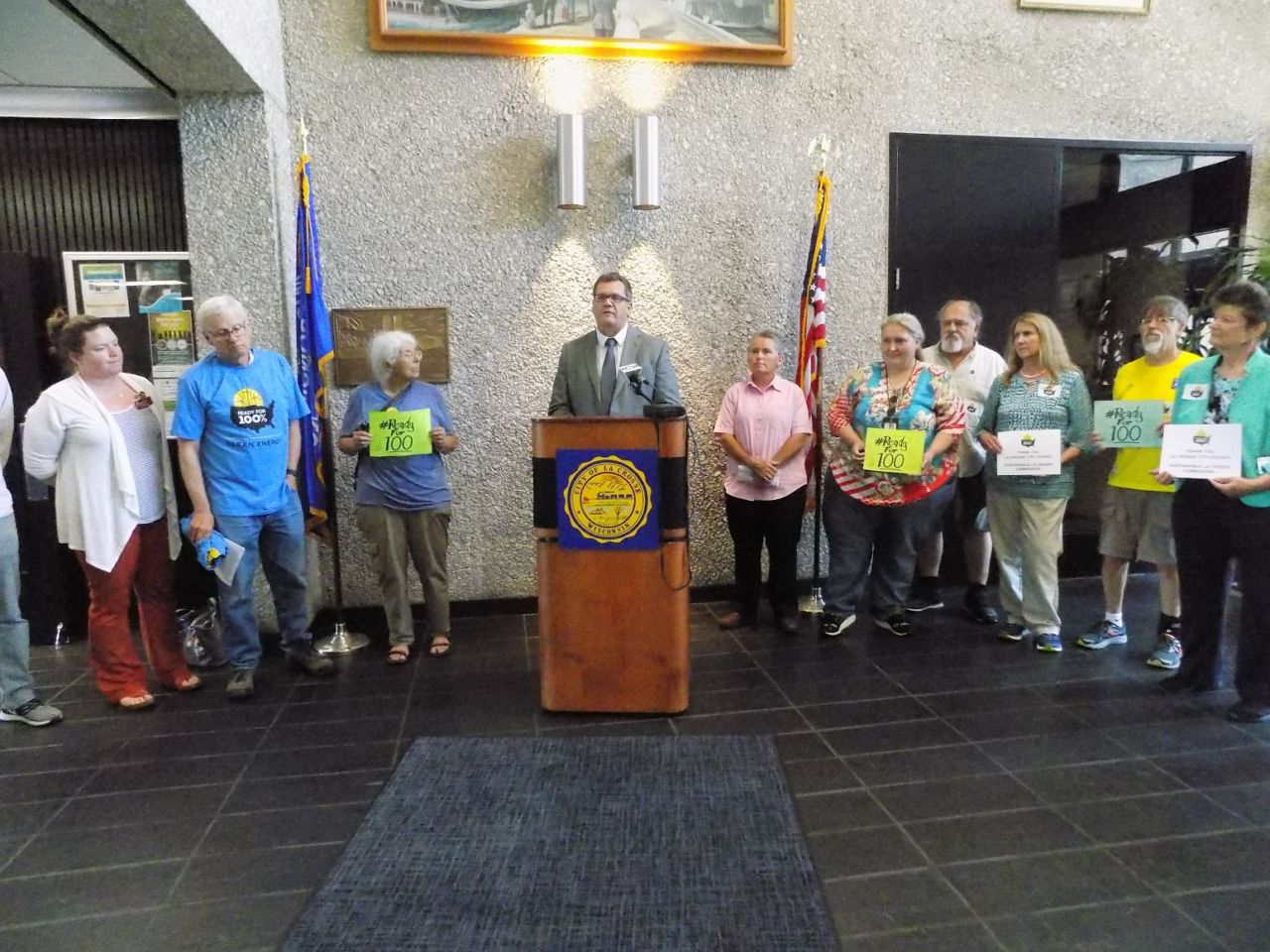 La Crosse is being recognized for getting ahead of the state and federal governments in promoting clean energy.

The city has been declared ‘Ready for 100,’ meaning that it will try to be 100 percent free of carbon fuels within 30 years.

Wilson explained during a news conference Tuesday at La Crosse’s city hall that one goal is “to start eliminating climate change by committing to 100 percent clean energy in La Crosse” by the year 2050.

That effort includes solar power projects at the La Crosse Center, the airport and other government properties.

“We’re not going to necessarily wait for standards or goals to be set at the federal or state level,” La Crosse Mayor Tim Kabat said Thursday.

Kabat personally committed to a sustainable energy program for the city years ago.