No more weights for Holden, as he and UW-L get set for National Championships 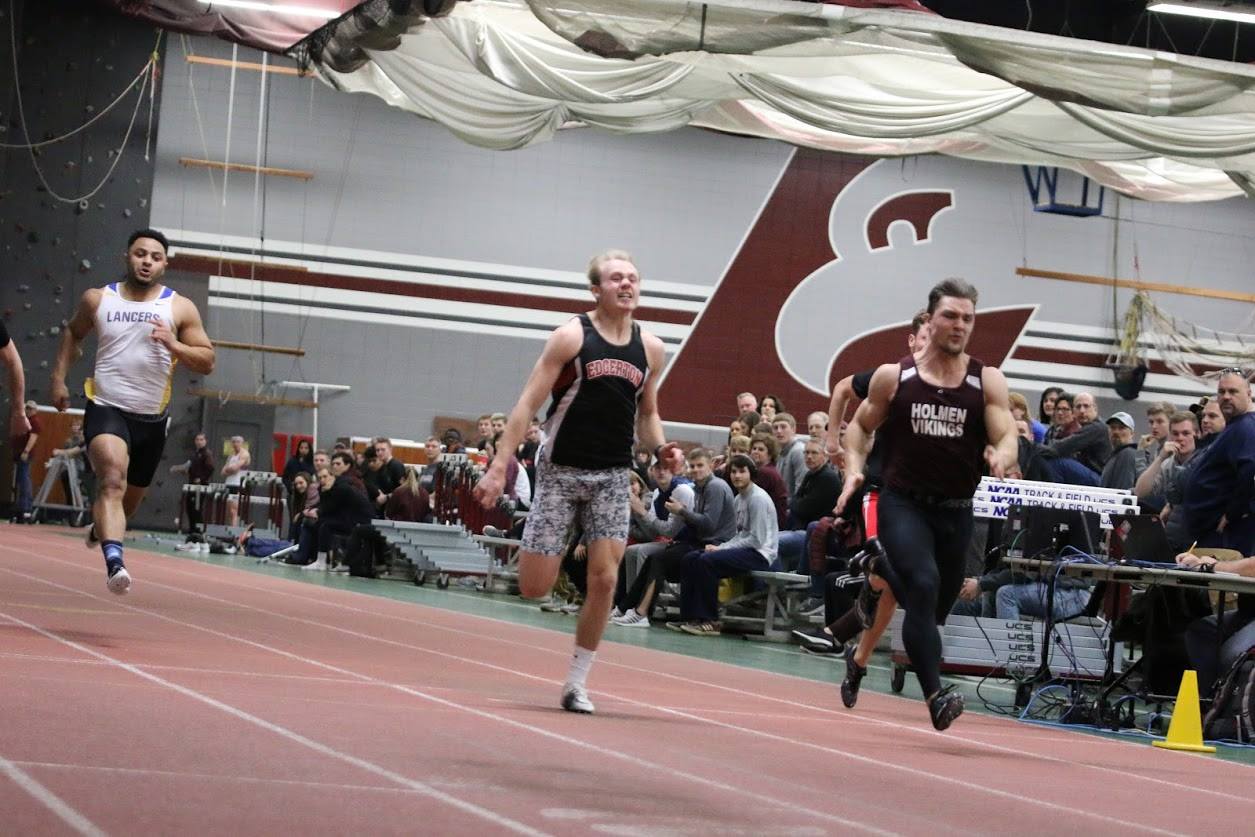 BOSTON — When a team sends 29 athletes to Nationals, the stories to tell are infinite.

As the UW-La Crosse track and field teams gets set to compete at indoor Nationals Championships in Boston this weekend — 18 men, 11 women — one funny story has to do with Seth Holden.

So, Holden is a sprinter. But the sophomore came into this season at 197 pounds — 15 pounds heavier than he was as a freshman. And 197 pounds isn’t exactly sprinter weight, though nobody told Holden. He will be competing at Nationals in the both the 60- and 200-meters.

But why, or how did he put on all this weight? It wasn’t a love for pizza. It’s because the Holmen High School graduate can’t stop lifting weights.

So, to keep his sprinter from becoming a weight thrower, Buchholtz has forbidden Holden from anymore upper body workouts. He’s too jacked.

Turns out, however, that didn’t quite deter Holden. Coaches have caught him in the act.

“Yup, I’ve gotten yelled at in the weight room a few times, sneaking in upper body lifts here and there,” Holden admitted. “I’ve been doing it for years. It’s a hobby of mine. It’s just hard to stop.”

Buchholtz remembers getting the word of his sprinter caught literally sneaking in a lift within a lift.

“One time, as he’s putting plates on to do squats,” Buchholtz said laughing and imitating lifting a 45-pound plate, “we caught him … he’d curl (the plate) two or three times, while he’s putting them on the rack.”

“Just a couple of curls here and there, yeah,” he joked.

In all seriousness though, Buchholtz loves his sprinter and the work ethic he brings on the track and in the weight room — for the most part.

The Division III National Championships take place Friday and Saturday from the University of Boston. The UW-L men have won 18 indoor titles, including 11 of the past 17. The Eagles lead the nation with 33 combined indoor and outdoor national titles as a team (18 indoor, 15 outdoor).

Check this space tomorrow for a story on UW-L’s Ben Jones unique road to qualifying for the National Championships.