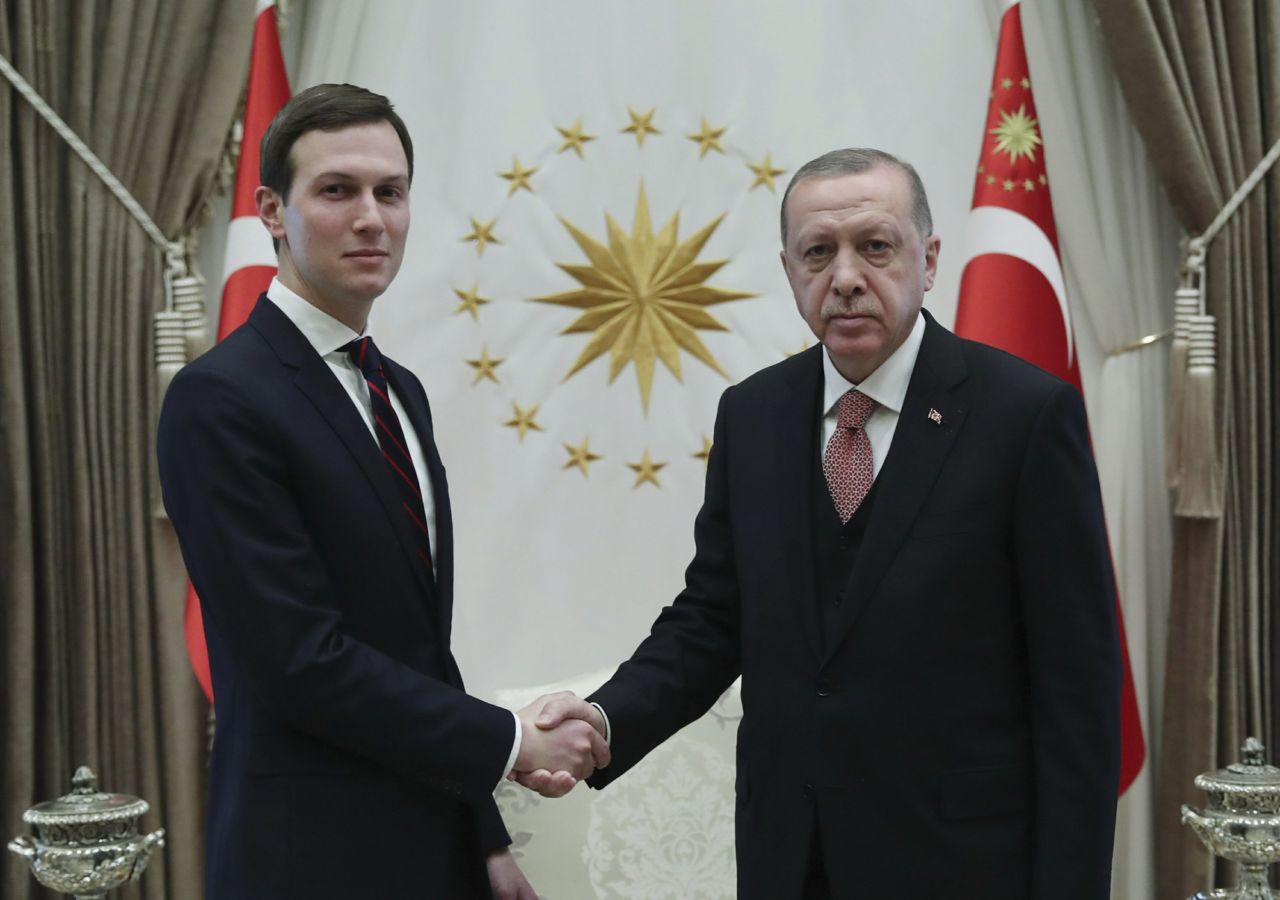 Kushner has said he plans to release details of the plan sometime after Israel’s April 9 Israeli election. But he has said it will address all “final status” issues, including borders, and require compromises by all sides. He has made no mention of establishing a separate Palestinian state and said the plan would focus heavily on offering economic “opportunities” to the Palestinians.

His comments about the initiative have received a cool reception from Israeli and Palestinian leaders and his trip to Ankara is part of a Mideast tour aimed at building support for the plan.

The White House said Wednesday that Kushner and U.S. officials met with King Salman bin Abdulaziz Al Saud and with Crown Prince Mohammed bin Salman to discuss cooperation between the two countries and the peace plan.

The White House readout did not say if they spoke about the brutal killing of journalist Jamal Khashoggi. The murder drew international condemnation and heighted the scrutiny of the relationship between the Saudi royals and the Trump administration.