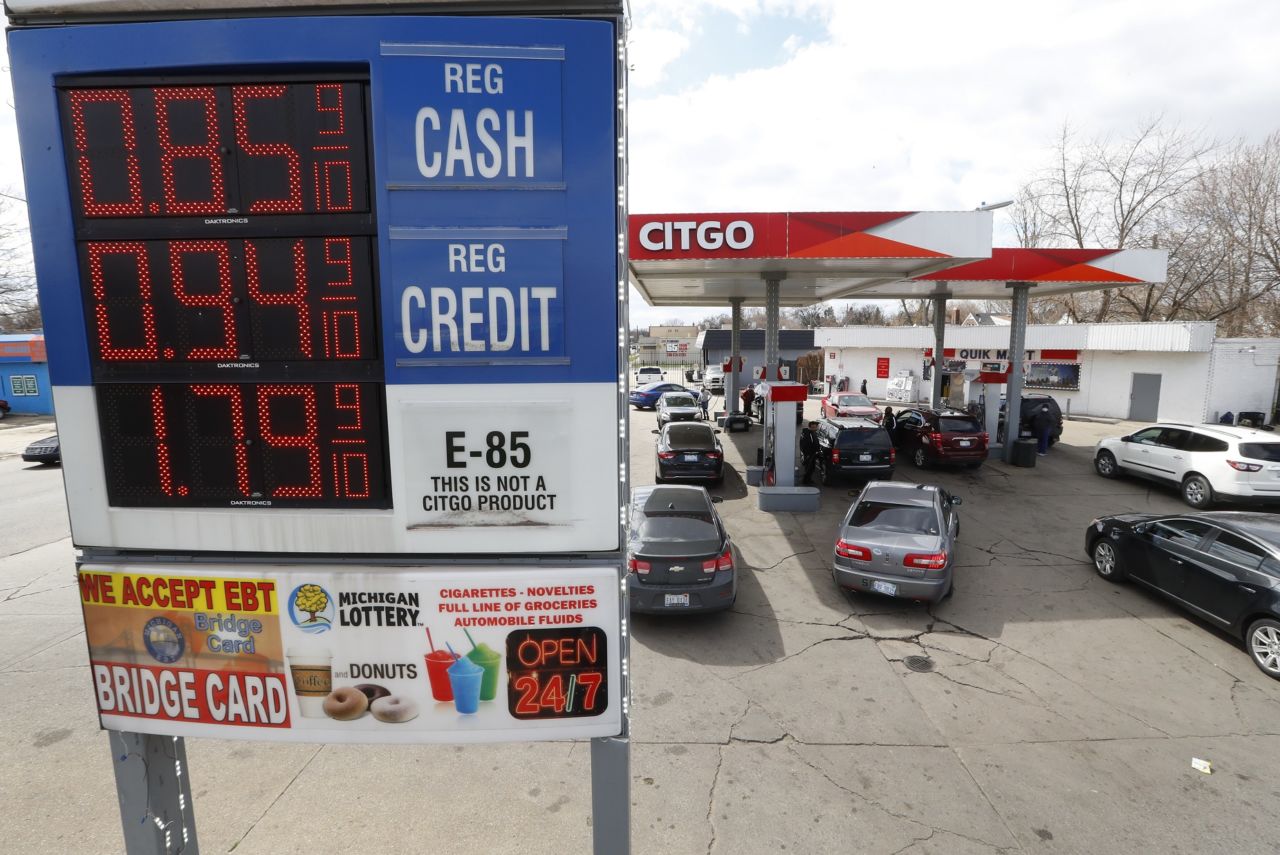 It was about a month ago that gas was around 99 cents a gallon.

Two reasons for that: COVID-19, of course, and a Saudi Arabia v. Russia oil war. And it all started in China, where the demand for oil first plummeted over the coronavirus.

In early March, OPEC held a meeting to discuss the state of oil production.

“I think, tempers flared,” petroleum analyst Patrick De Haan with GasBuddy.com explained on La Crosse Talk PM. “Saudi Arabia and Russia said, ‘Well, we’re sick of cutting production because each time we do that, the U.S. ends up flooding the market with more of its own oil.’

“So, they continued to lose market share. As a result of that meeting, they didn’t cut production but, as we know, they ramped up production.”

With ramped up production and a ridiculous drop in demand from lockdowns, the price at the pump plummeted.

On May 1, those countries came to some type of agreement and that ramp up of production stopped, while restrictions from the virus lockdowns loosened and demand for oil and gas began to rise.

That led to a big jump in prices, but De Haan said that should be over.

“We will continue to increase but the pace of increase is going to throttle back,” he said, adding that prices should be 20-35 cents higher by July 4 and 35-50 cents higher by Labor Day, “based on, of course, improvement over the course of summer with the coronavirus.”

Days after that May 1 meeting, President Donald Trump — after laughing, for some reason, over keeping Syria’s oil — expressed joy with oil prices increasing on Fox News.

“Oil prices have gone up, which is great for your oil industry and it’s great for jobs, because it’s millions of jobs,” Trump said to Texas Gov. Greg Abbott. “We’ve built the greatest energy country in the world, by far, and prices are inching up.”

It’s an odd thing to hear because, typically, oil prices being low, means gas is low. Something most people want.

But, since the U.S. has gone all-in on oil, becoming the world’s largest producer, it does mean jobs are dependent on those prices. De Haan, however, noted it’s hundreds of thousands of U.S. jobs in the oil sector (not “millions”).

De Haan also noted that, because companies took a big hit with those low oil prices, as much as conspiracy theorists want to think there’s no big oil tycoon-type characters out there scheming to skyrocket prices to make up for lost revenue, there isn’t.

“So many people in social media, that I’ve seen, believe that oil companies get to decide, ‘Hey, we’re going to raise prices,’” De Haan said. “But, that’s really not how it all works. It really comes down to the pace of Americans filling up. We have more power to dictate prices than oil companies.”

The US is different, though, from its competitors, like Saudi Arabia and Russia. Oil production there is run by the state. In the US, private companies have that control.

As for 99 cent gas, De Haan said anything is possible, but let’s be real. It took a global pandemic, lockdowns, and a fight between two oil producing countries that sent prices plummeting.

The next likely way prices get down that low again is when Americans get off oil and, say, electric vehicles become the mainstream mode of transportation — and energy to charge those vehicles isn’t dependent on oil.

“Whenever there’s a situation, whether that be EVs or coronavirus, that reduces gasoline demand enough, prices will tend to fall,” De Haan said. “So, in the future, if there’s some event that contributes to a large and sudden decline in gasoline demand, prices will react the same way.”