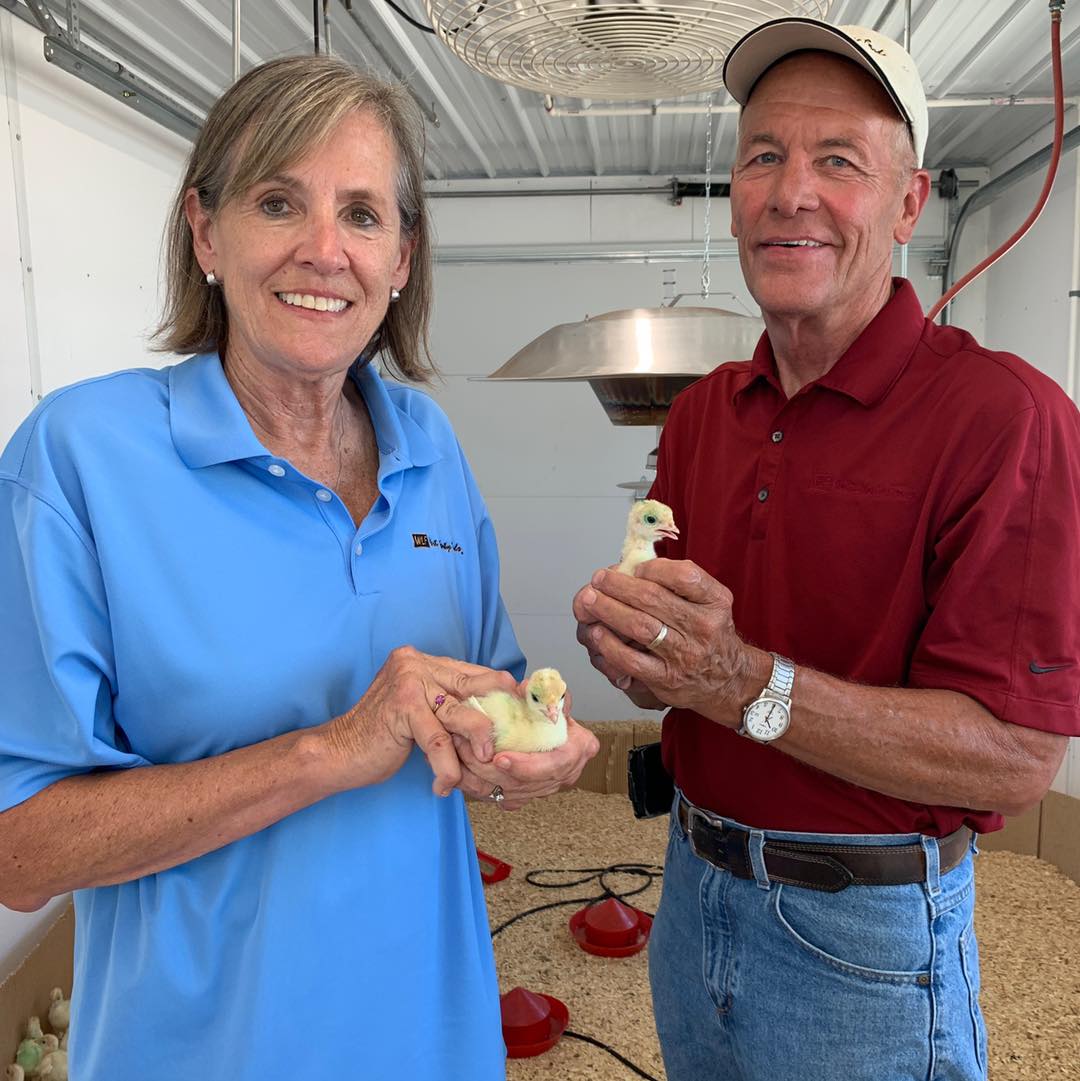 Less than a week before the Thanksgiving holiday, an Iowa farming family will bring two turkeys to Washington D.C. to be pardoned by President Donald Trump.

It is a tradition that’s lasted for 73 years to recognize the turkey industry at the holiday season as well as the bounty that all areas of agriculture provide at Thanksgiving tables. Each November, the chairman of the National Turkey Federation earns the honor to present turkeys from his or her farm.

“To have that opportunity to meet the President personally, to have the ceremony in the Rose Garden, and to be able to just celebrate his legacy and hard work as a turkey farmer is pretty unique,” Gretta Irwin, executive director of the Iowa Turkey Federation, said. “When you realize only 73 other farmers have had this ability to have that connection and this honor, it is really emotional for most of my farmers.”

Current Chairman Ron Kardel and his wife Susie will be the eighth Iowa family to bring their birds to the White House. The longtime turkey farmers have a sixth-generation operation in eastern Iowa near the Quad cities. In his time with the industry, Kardel has also been involved with West Liberty Foods to sell and market turkeys all across the United States.

The selection process for picking the turkeys to be pardoned was no simple task. Not only should the birds represent the industry physically, but they also need to be comfortable being around people and standing on a podium.

“It is up to the farmer to work with the turkeys, place them on a podium and make sure they are comfortable with being around extra noises and lights,” Irwin said. “Really, it is just trying to find that turkey that has a great temperament and look proud.”

“Students at Iowa State University are going to have a great opportunity for the natural life of these two turkeys to help care for them and interact with those turkeys in a very special way,” Irwin said.

The overall event brings positivity to what has been a challenging year for Iowa turkey producers who struggled with COVID shutdowns. Irwin explained the industry transitioned away from the whole bird market in the 1950s-60s and focused on year-round products that consumers were demanding.

“As consumers looked for quick and easy ways to get a low-calorie, high-protein food product, turkey became much more popular,” she said.

Processing focused on deli meat, tenderloins, fresh-cut meats, and others that can be frequently found in quick-serve restaurants. Those market prospects narrowed as COVID-19 slowed travel and lowered the number of people who were eating out.

“When you go out to enjoy a deli sandwich at a restaurant or a restaurant chain, it was very likely to be some Iowa turkey in that deli meat,” Irwin said. “That slowdown resulting in the industry having to make some tough decisions, and we did cut back on production.”

Funding from the Coronavirus Food Assistance Program 2 (CFAP) did help as independent turkey farmers applied for funding to help them during the downtime.

“The impact of COVID-19 has been pretty strong, and I think our industry and all food-producing industries right now are just a little bit nervous of what to do and what we have ahead of us as we see more shutdowns happening and people not traveling now for the holidays,” Irwin said.

She suggested Iowa turkey tenderloins for families celebrating smaller Thanksgiving celebrations and noted several new or innovative products on the market such as turkey meatballs with eggs and vegetables that can be easily microwaved and come from Iowa manufacturers. She suggested simply Googling “turkey” to see what new products are o the market.”

The Iowa Turkey Federation estimates each turkey brings about $30 of economic activity to the state.