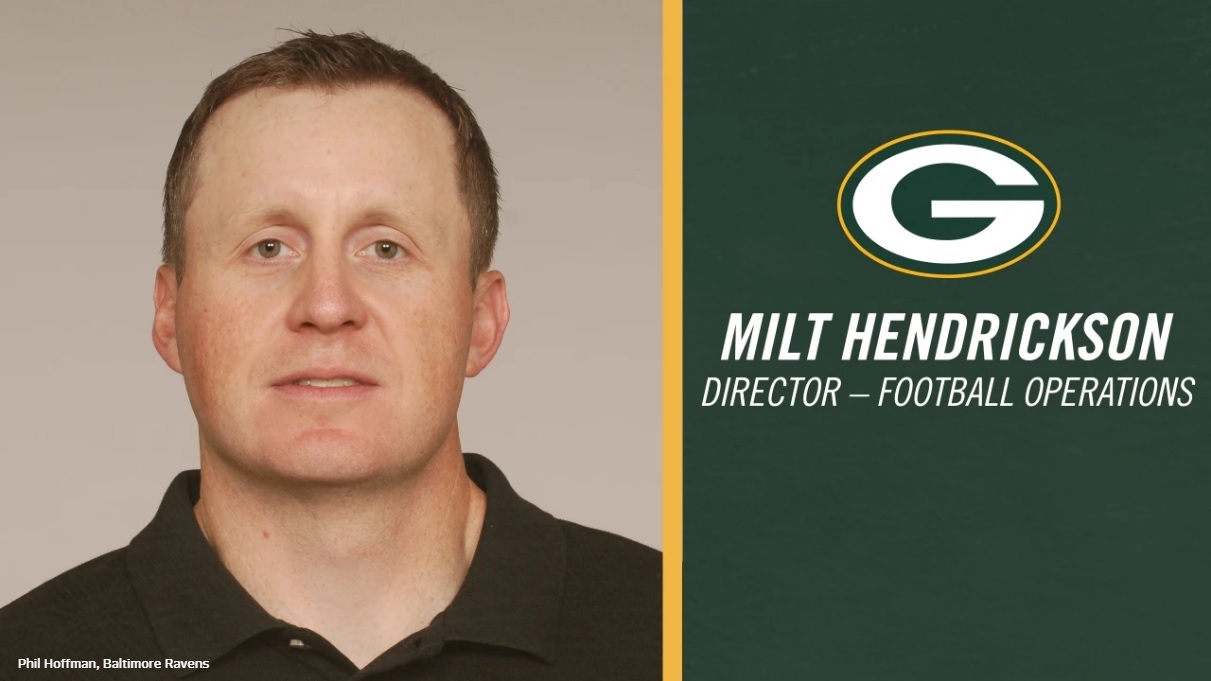 A La Crosse man has been given a high ranking position in the Green Bay Packers front office.

Milt Hendrickson has officially been named as director of football operations.

Hendrickson met Packers GM Brian Gutekunst while coaching the offensive line at University of Wisconsin-La Crosse in 1996. He holds a master’s degree in exercise and sports science-sports administration from UW-L.

Hendrickson played and coached at Luther College in Decorah, Iowa, and coached De Soto High School. He was a training-camp intern for Green Bay in 2004.

Hendrickson has spent the past 14 seasons in the personnel department with Baltimore, a span that includes four division titles and a Super Bowl victory. He was promoted to national scout after the 2016 draft.

The position is the result of a front office restructuring.

Ted Thompson once held titles of executive vice president, general manager and director of football operations, but those positions were split up and football operations director Eliot Wolf left for Cleveland last January after interviewing for the GM job that went to Brian Gutekunst. Russ Ball held the operations job last season.

Green Bay is coming off a 6-9-1 season that left the Packers out of the playoffs for the second straight year.