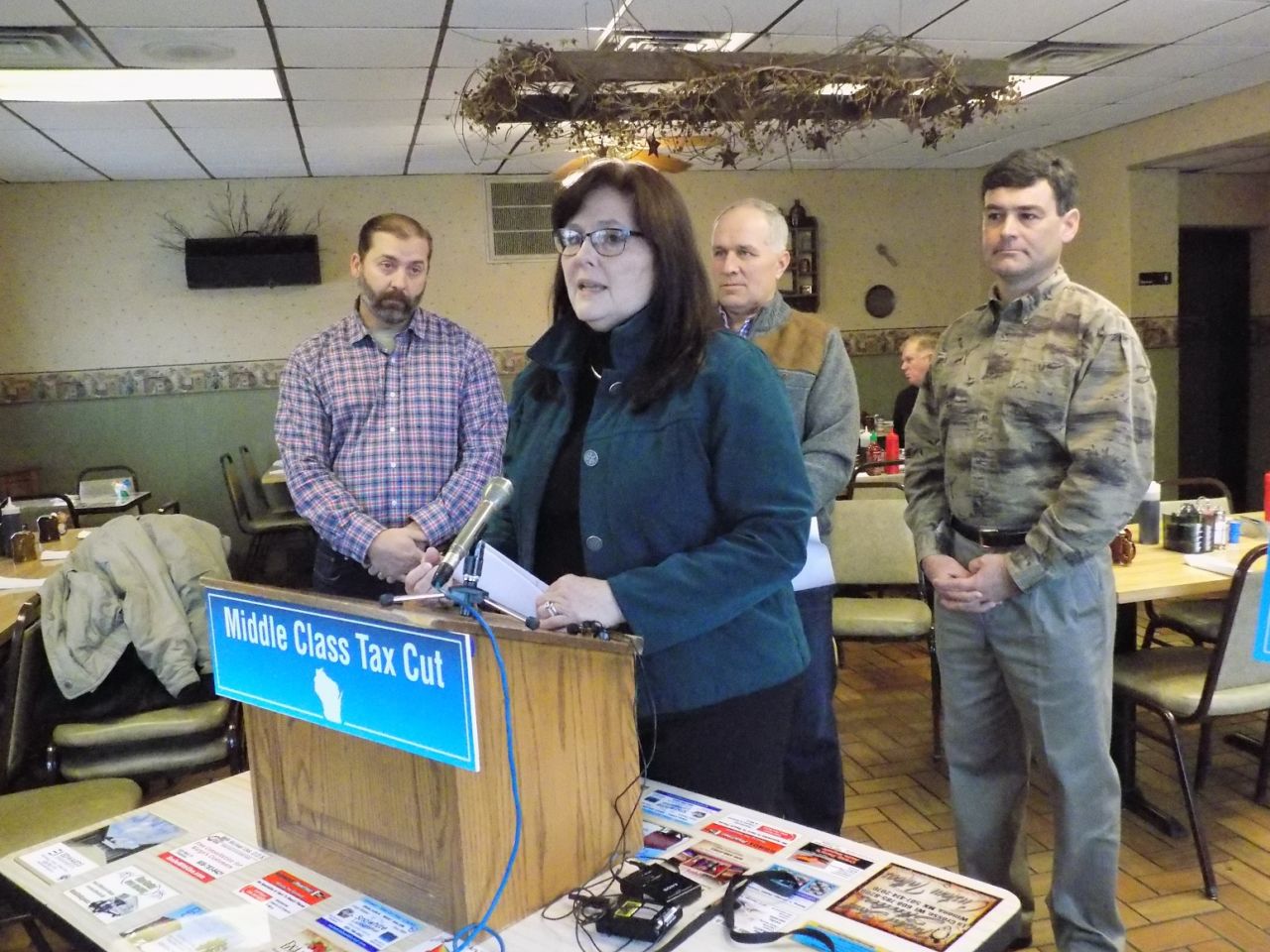 Rep. Nancy Vandermeer of Tomah joins three other GOP legislators from the region at a La Crosse news conference on tax relief

Four GOP legislators gathered at Marge’s restaurant in La Crosse to speak with reporters about their party’s plans to provide tax relief from a state budget surplus.

Both sides are looking for ways to cut taxes for the middle class in the Badger State.

Four area legislators met with reporters at Marge’s restaurant in La Crosse to describe a GOP plan to use part of the state budget surplus to provide tax relief, rather than raising taxes on businesses.

A key difference between the two sides is in the approach to tax relief.

Evers proposes tax increases for farms and businesses, while the Republicans want to use $300 million from the budget surplus built up under former Governor Scott Walker to provide the tax cuts.