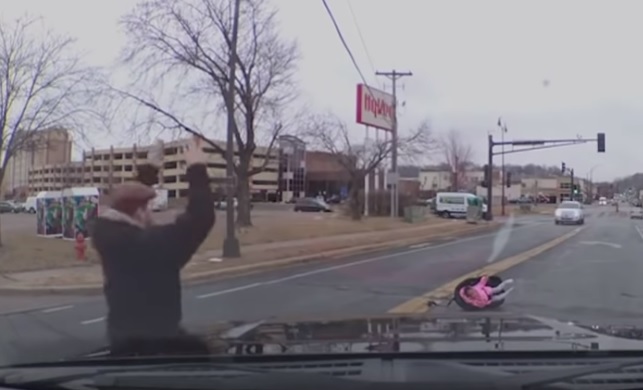 MANKATO, Minn. (AP) — Authorities in Minnesota say a 2-year-old child is OK after tumbling from the back seat of a moving vehicle while still strapped in a car seat.

Dashcam video captured the moment the car seat and toddler rolled out of the vehicle on Monday as the vehicle turned a corner on a street in Mankato. Witness Chad Mock was driving behind the car. He stopped his vehicle and ran to the child’s aid.

Police and paramedics responded and checked the child for injuries. Officials say the child’s mother was driving the vehicle. Mock told KMSP-TV a woman later walked back to get the toddler.

Police say the child was properly strapped into the car seat, but that the car seat wasn’t fastened to the seat in the vehicle.