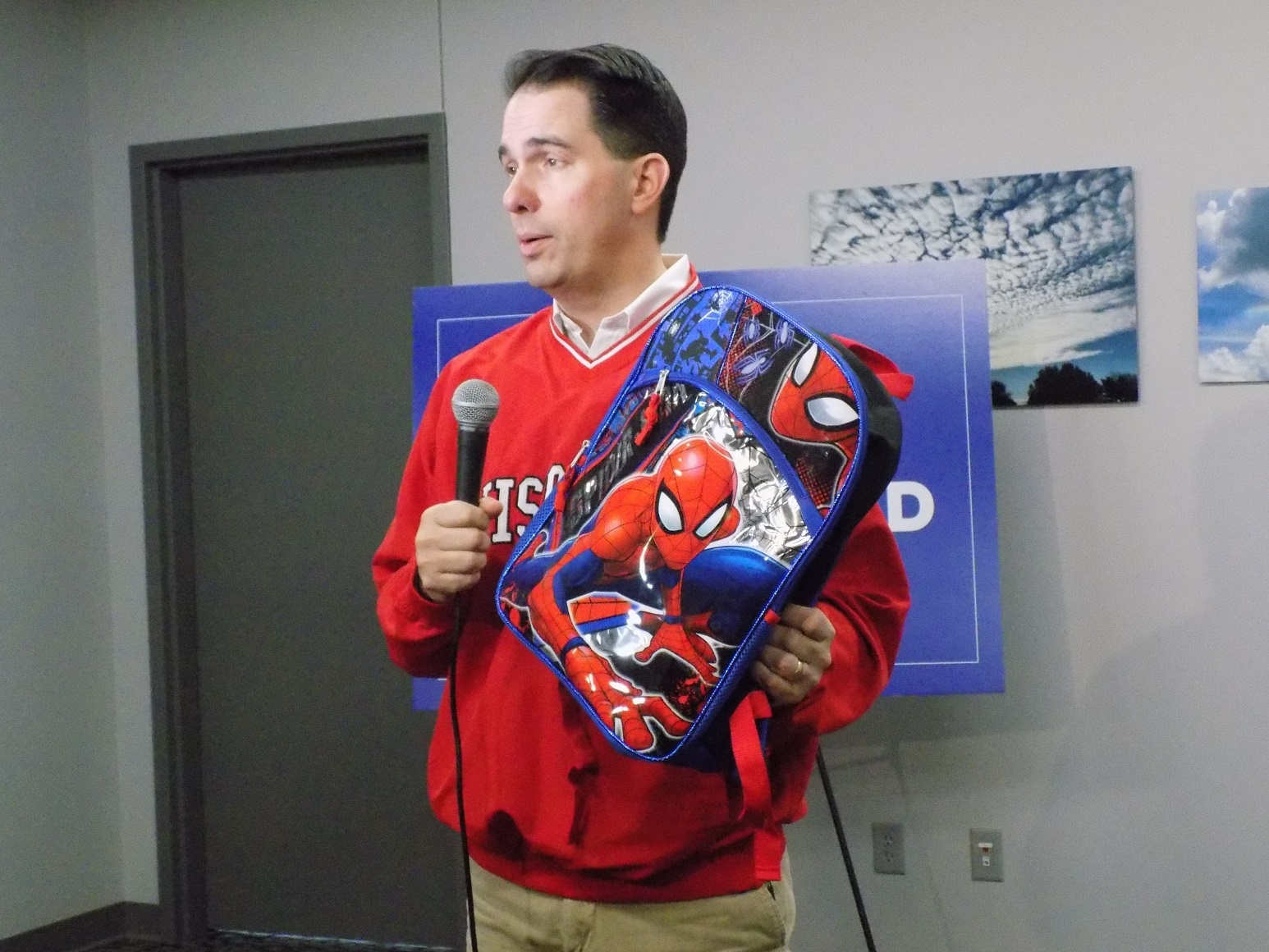 MADISON, Wis. (AP) — Scott Walker didn’t want to go out like this.

The once-rising Republican star who made his name kneecapping public sector unions as governor of Wisconsin leaves office in defeat Monday. He was narrowly beaten by Democrat Tony Evers , the state education superintendent who marched with teachers in protest of Walker’s policies.

After watching Evers take the oath to replace him, the 51-year-old Walker will depart the governor’s mansion and face life outside of elected office for the first time in 25 years. Walker said that in the days since the loss, his most fervent supporters have approached him, some in tears, concerned about what he’s going through.

Just eight years ago, the college dropout rose to the highest elected office in Wisconsin. Two years later, following massive protests over his bill going after public sector unions, he became the first governor in U.S. history to defeat a recall election.

But Walker wanted more. He wanted to be president of the United States.

Running on the promise to do for the country what he did for Wisconsin, Walker was an early leader in neighboring Iowa. But after a series of missteps, his hopes and fundraising plummeted when Donald Trump got in the race.

Walker came home and refocused on winning a third term as governor. Instead, voters decided eight years was enough.

Walker, suffering defeat for the first time since a 1990 run for state Assembly, plans to hit the road as a speaker advocating for conservative issues, positioning himself as Trump’s biggest booster in Wisconsin. Trump narrowly carried the state in 2016 and it will likely be a key part of any roadmap to victory in 2020.

Walker also won’t rule out a future run for U.S. Senate or even governor again in 2022 , although he acknowledged that Republicans would probably want a “new face.”

Regardless of what Walker does next, he leaves the governor’s office having fundamentally altered the state.

“Governor Walker devolved power away from Madison and public sector unions, giving local governments the ability to balance their budgets and Wisconsin businesses the ability to grow and create better opportunities,” Republican U.S. Sen. Ron Johnson said in an email. “He leaves office with the tax burden at a 50-year low and unemployment near record lows, and every employer I talk to tells me there are more jobs available than there are people to fill them.”

To his critics, Walker divided and deeply scarred Wisconsin.

“Scott Walker is without a question the most significant governor of Wisconsin in modern times,” said Democratic strategist and former state party chairman Mike Tate. “His legacy will be of a governor that actively sought and succeeded in dividing Wisconsin by race, class, geography, and station in life; pitting citizens against each other in a brazen effort to further his own political ambition and reward his donors. His conduct and that of those like him laid the groundwork for the modern Republican Party led by Donald Trump.”

Walker signed into law a litany of Republican priorities. His boldest and most disputed move came right out of the gate, when he effectively eliminated public sector collective bargaining while forcing state workers to pay more for health care and pension benefits to help solve a budget shortfall.

The fight over that brought protests as large as 100,000 people and made Walker a national conservative star. His profile only grew when he defeated the 2012 recall effort.

Other Walker achievements are long and far-reaching.

They include making Wisconsin a right-to-work state and requiring a photo ID to vote. He tightened restrictions on abortions, loosened limits on gun purchases and worked with Trump to land a Foxconn Technology Group factory and campus that could result in up to 13,000 new jobs and a $10 billion investment.

Critics say Foxconn won’t deliver on its promises and that the $3 billion Walker pledged to the company was too much.

There were failures and distractions along the way. Walker didn’t deliver on his signature 2010 campaign promise to create 250,000 private-sector jobs in his first term. He faced investigations, first into aides and political allies from his time as Milwaukee County executive, then into his recall campaign. While the first probe resulted in six people being charged with a variety of crimes, the conservative-dominated state Supreme Court ended the second one determining that Walker’s campaign had done nothing wrong.

He brushed off bipartisan warnings that he was staining his legacy, saying he will be remembered for other things. He pointed to a fresh deal to save nearly 400 jobs at a Kimberly-Clark Corp. plant near Appleton. He tweeted about having eliminated the state property tax, landing the Foxconn project and increasing services for veterans.

But to his detractors, Walker was leaving office just as he came in: bowing to his most partisan interests and worsening the state’s partisan divide.

Through it all, Walker stands by his record.

“I hope, over time, people could see that our interests, our motivations were earnest and we were trying to do the best that we could for the people of the state of Wisconsin,” Walker said. “People don’t have to necessarily agree with it to respect it, and I hope people would respect that over time.”