Flooding impact on SW Wisconsin is WIZM's No. 2 story of 2018 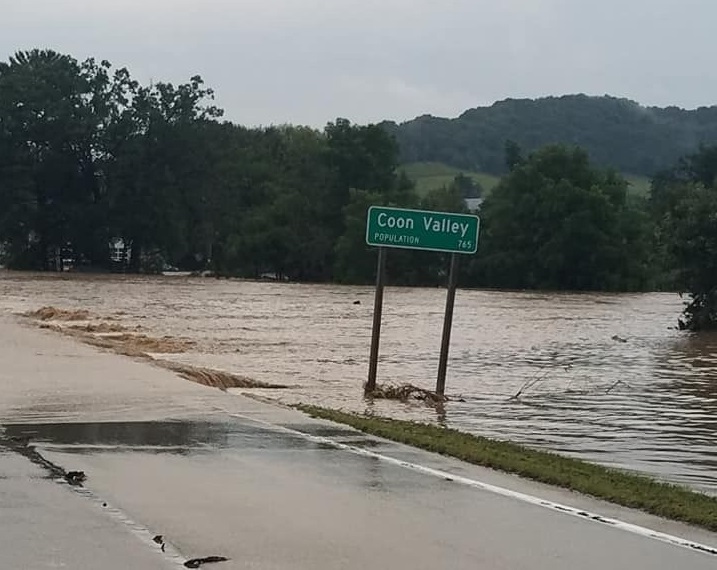 The water came up fast and seemingly out of nowhere. By the time it receded, several communities in Southwest Wisconsin had been destroyed.

Several area communities in Vernon County were rocked by heavy flooding in the last few days of August.

That included Coon Valley which got almost a foot of rain. We talked to resident Elanor Ekern in the days at followed about her plans.

Ekern said, “Well I’m not moving out. Trying to clean up the mess as best as I can.”

We talked with La Crosse County Emergency Management Director Keith Butler in the aftermath, who confirmed that these historic floods are becoming less historic.

“The reason they call it that is because it’s effectively a 1% chance we see that flood in a given year. That’s not the same anymore. We’re seeing floods almost every year.”

A concert in mid-September which featured several local acts raised almost 200 thousand dollars to help the victims of flood damage.