Giannis assist away from triple-double, as Bucks blowout Blazers by 43 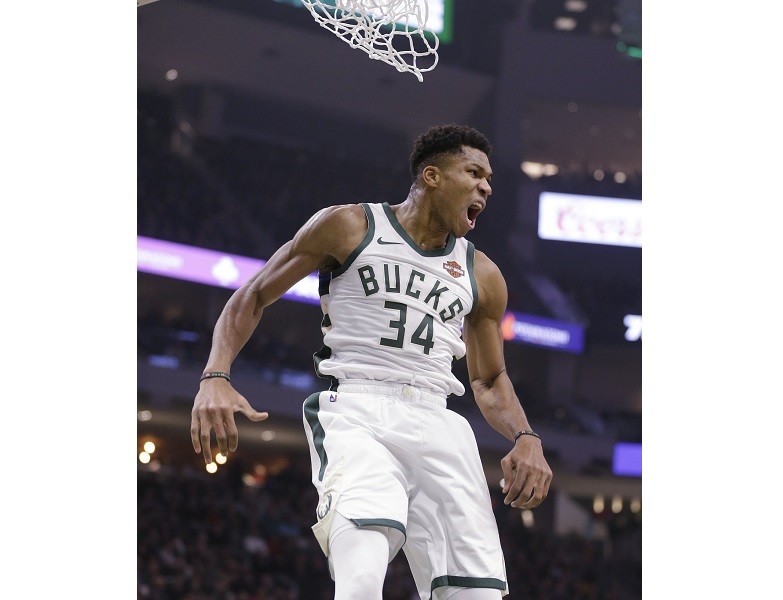 MILWAUKEE (AP) — Giannis Antetokounmpo figured the Portland Trail Blazers might be tired on the second night of a back-to-back. He was right.

Antetokounmpo matched his season high with 33 points and finished an assist short of a triple-double in three quarters as the Milwaukee Bucks defeated Portland 143-100 on Wednesday night.

Antetokounmpo added 16 rebounds and nine assists in 30 minutes as the Bucks avenged an early season loss to Portland in a rematch of teams off to fast starts.

“We did the job tonight setting the tone for the entire team,” Antetokounmpo said. “We know they were coming off a back-to-back, so we wanted to come out with energy and get an early lead.”

CJ McCollum and Damian Lillard each had 22 points for the Trail Blazers, who entered with the best record in the Western Conference and slipped to 12-6.

“We’re professionals,” Lillard said. “We’re not the first team on a trip like this and it’s not our first time. We aren’t going to lean on that and make an excuse about being tired. It’s early in the season. We haven’t even played 20 games yet. There were a lot of things that we could’ve done to be much better, whether we were tired or not.”

Khris Middleton had 21 points and Malcom Brogdon and Eric Bledsoe added 16 points apiece for the Bucks, who outrebounded Portland 59-39.

Antetokounmpo, who had 25 first-half points on 11-of-14 shooting, sandwiched a pair of baskets around a Portland turnover in the final 2.9 seconds to put the Bucks up 72-50 at the break.

“We just came out and played hard,” Brogdon said. “That was a very good team tonight. We caught them back-to-back, so I’m guessing they were a little bit tired. I thought we took advantage of that and we executed at a high level.”

Bucks: Milwaukee, which opened the season with six consecutive victories, has won three straight since losing four of seven.

Portland: Travels to Golden State on Friday for the first of four games against the Warriors.

Milwaukee: Host Phoenix on Friday in the fifth game of a six-game homestand.