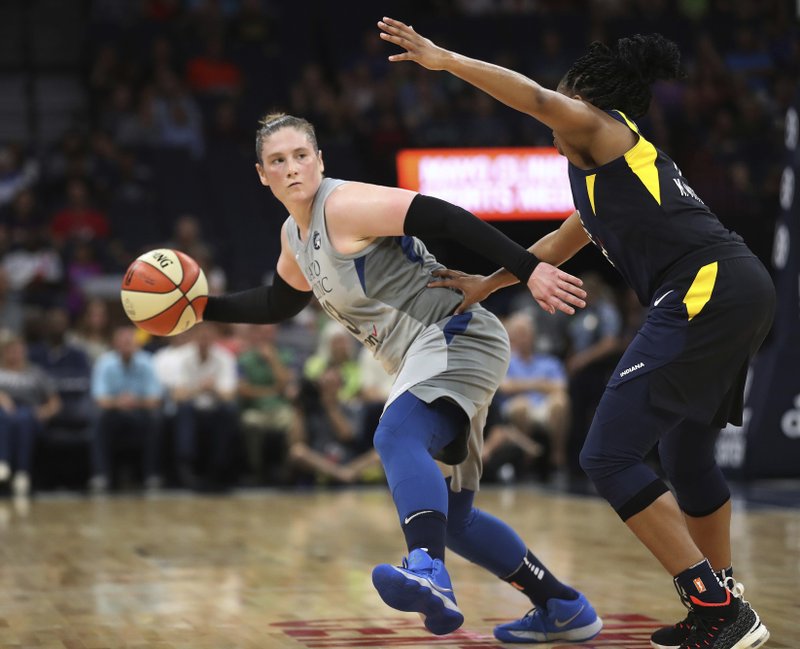 MINNEAPOLIS (AP) — Minnesota has a first team all-conference player coming back with Kenisha Bell, along with Big Ten Freshman of the Year award winner Destiny Pitts and four of the top five scorers from a team that finished 24-9 last season and won an NCAA Tournament game.

When the Gophers start their schedule Friday night in front of a packed house, though, the fans will be most excited to see the head coach.

Lindsay Whalen will take the court with her new team in the opener against New Hampshire, one of the most-anticipated debuts in women’s college basketball this year. Three months after announcing her retirement from the WNBA, Whalen has begun her full-time focus on the program she once helped build .

“I always hoped at some point I would work my way back here. You just don’t know in what timing or in what capacity, so I’m just really thankful and really appreciative of the opportunity and the timing for it all to work out,” Whalen said before practice Thursday afternoon.

The Gophers, who were the first team to miss the cut in the preseason Associated Press Top 25 poll, have naturally been looking forward to this lid-lifter with more eagerness than usual.

The game on the elevated floor at 90-year-old Williams Arena was declared a sellout more than two weeks ago, with an expected crowd around 14,000. Though demand was boosted by steeply discounted tickets offered by the university to help spur sales, the heart of the buzz undoubtedly revolves around the beloved Whalen who first began putting fans in the seats 18 years ago as a freshman point guard who played with as much ferocity as flash.

Four of the five largest crowds in program history came during Whalen’s senior season, including the all-time record of 14,363 to see Penn State on Feb. 8, 2004.

“It always felt full, but to have that true sellout, it was just such a good memory and such an unbelievable feeling as a player that I’m just so excited that they get to experience that and they get to experience what it’s like to play in this arena with all of its history,” Whalen said. “This is a place that, as a kid growing up in Minnesota, I just wanted to come and watch games here. I never dreamt that I would play here. So for me to have them get to experience this is really special.”

With a Big Ten Player of the Year Award, a trip to the NCAA Final Four, four WNBA titles and two Olympic gold medals with the U.S. national team, Whalen has plenty of accomplishments with which to command respect from the players. There’s no better way to build their trust, though, than with relatability.

“It’s easy to talk to her for her to understand the things that we’re going through as players,” Bell said.

For some fun at the end of a recent practice, each player tried a half-court shot. They all missed. So Whalen stepped in.

“She was like, ’All right, let me just do it for you,” Bell said. “So she grabbed the ball and went to half court. Her first try, she made it.”

Always the natural, that Whalen.

“When I played I was never going to be the fastest one or have the best jump shot, but I knew I was always going to be one of the toughest players in the gym no matter what,” she said. “I was going to do everything for my team to win. So I want us to have that edge and toughness where we’re all in this together and are going to figure out a way to get this done.”