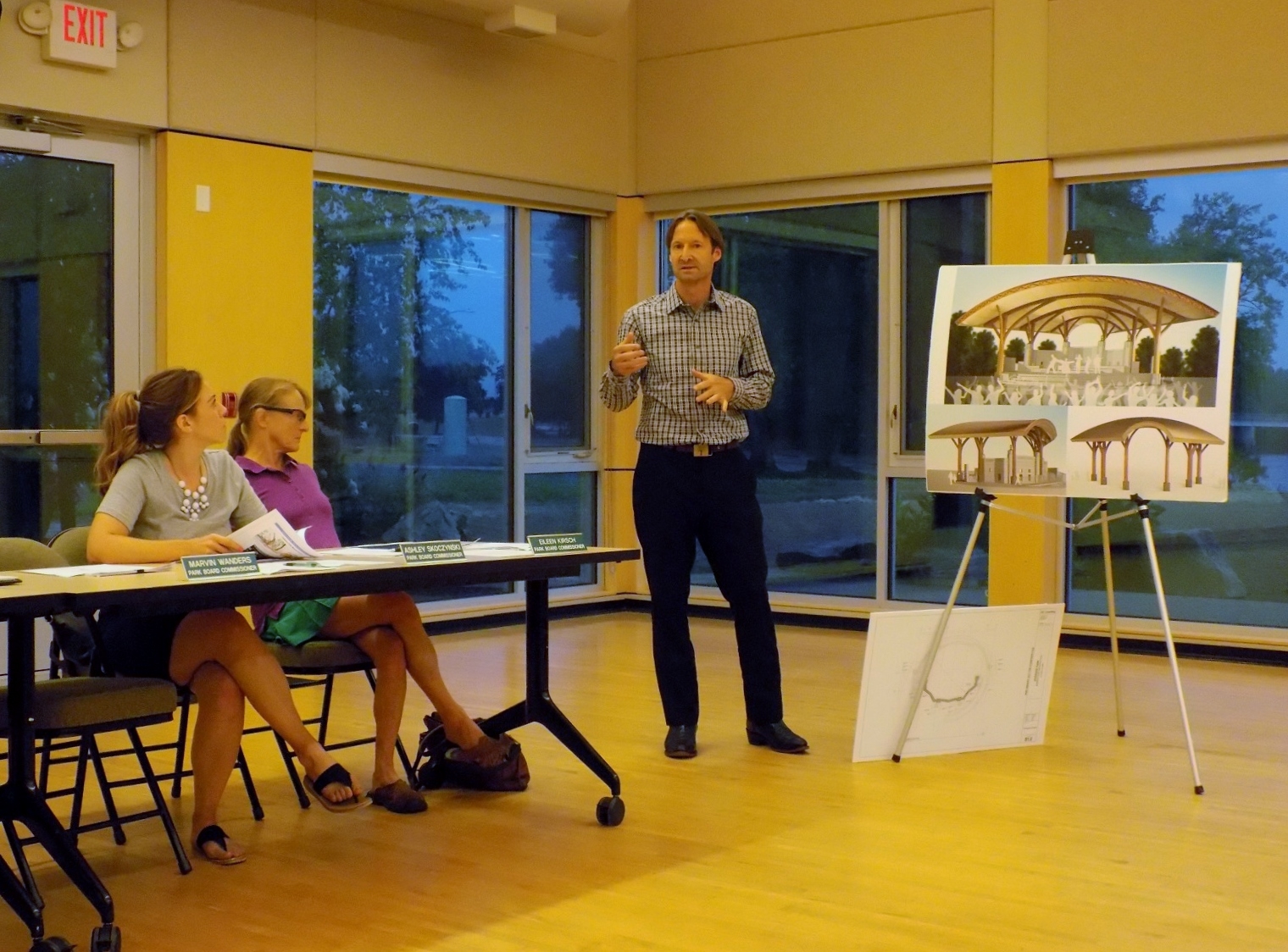 The idea of building a canopy over La Crosse’s Riverside Park bandstand has been endorsed by the city park board.

More design work and some public hearings have to be completed before the project can actually be done.

“They go down and they rock out and they see these incredible musicians from the area doing incredible things and they get ideas in their head.

Mahlum also said these would have been nice during his childhood for all kinds of reasons.

“As a townee, as a kid, man if I would have had one of these things, and something to go and see these unbelievably musicians when I was a kid,” he said. “It probably would have kept me out of some of the trouble when I was a kid. I say that in jest but I’m serious.”

Designer Roald Gundersen showed off his proposal for a canopy, which he says could last 50 years.

Moon Tunes organizer Terry Bauer said last night’s Allman Brothers tribute was cancelled because of lightning in the area. He added, however, that if there had only been rain, a canopy could have allowed a concert to continue as planned.

As for the proposal itself, La Crosse parks and rec. director Steve Carlyon had that answer.

“We want to make sure the public is aware this is happening, and if they want to provide comments, we’ll set up a public hearing for that,” Carlyon said. “The second thing is now to begin the the engineering process, to figure out what permits need to be handled.”

Other decisions by the park board included the support of a plan for the HSR firm to reconstruct the Hoeschler fountain at Riverside Park, which is leaking and deteriorating.

It also gave the OK for a new licensing agreement with owners of boathouses at La Crosse marinas. The proposal would limit the license fee for non-residents to just $600 a year, instead of a suggested $1000.