Wisconsin Democrats crowd in for chance to challenge Walker 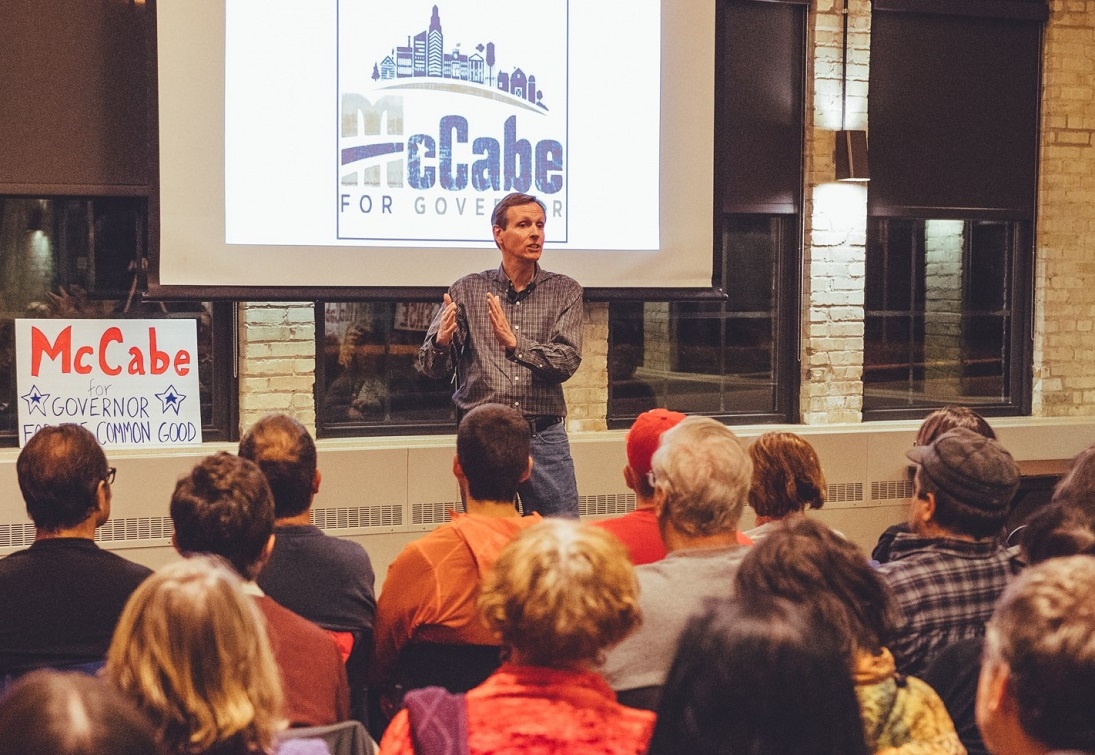 MADISON, Wis. (AP) — Wisconsin Republican Gov. Scott Walker has been warning for months about a “blue wave” coming this fall, but so many Democrats are eager to ride it that it is a struggle for any dominant challenger to emerge.

Eight Democrats are taking on Walker as he seeks a third term, a sign of just how badly the party wants to dethrone one of the GOP’s most recognizable governors. Walker’s strong anti-union moves made him a demon to the left and catapulted him to the national stage for a brief 2016 presidential run.

State schools chief Tony Evers, who has skirmished with Walker on a number of issues over the years, enters Tuesday’s primary as the best-known Democrat. Though he leads in polls, many voters are undecided, and some challengers are counting on a surge from younger voters to help them topple the 66-year-old Evers.

“We’ve been ignored by out-of-touch politicians,” said Kelda Roys, a 39-year-old former state lawmaker who got noticed early in the campaign with a video that showed her breastfeeding her daughter. Roys argues she is the one to appeal to millennials, Gen Xers and suburban married women.

The primary will serve as a test of Democratic enthusiasm in a state that has long been associated with liberal politics but has been trending red and narrowly voted for President Donald Trump in 2016. The large field of Democratic challengers to Walker is the latest example of the energy in the party as it tries to regain ground, especially in the Upper Midwest.

Even though Wisconsin has trended red in recent years, Democrats are optimistic they will re-elect Democratic U.S. Sen. Tammy Baldwin and defeat Walker. And they’re counting on more than the usual bump the party out of power gets in a midterm election. Their blue wave talk began in January when they won a special legislative race in a conservative district, continued with a liberal candidate’s victory in a statewide Supreme Court race in April and soared again with another special election victory in conservative territory in June .

Walker has a great story to tell — Wisconsin’s unemployment is at record lows — but he must battle against the national tide that favors Democrats, said Republican strategist Mark Graul.

Also Tuesday, Republican voters will pick between two fervent Trump supporters to take on Baldwin. Former Marine Kevin Nicholson, running as an outsider, is running against state Sen. Leah Vukmir, a 15-year veteran of the Legislature who had the state GOP endorsement.

Trump has not endorsed in the Senate primary, but the candidates’ fealty to him has been a major point of contention in the race’s waning days. Footage from 2016 showing Vukmir saying Trump is “offensive to everyone” got recycled two weeks before the election, with Nicholson saying it shows she won’t stand with him.

While both Vukmir and Nicholson initially supported other GOP candidates in 2016, they eventually backed Trump in the general election.

Vukmir drew support from numerous prominent officeholders in the state, including House Speaker Paul Ryan, and she headed into the primary sure to benefit from the party’s turnout operation.

Nicholson played up his outsider credentials, his combat experience in the Marines and even tried to turn the fact that he used to be a Democrat to his advantage. The widely reported fact that both of Nicholson’s parents and brother have donated the maximum amount allowed to Baldwin only proves that his conversion was real, Nicholson contends.

The three candidates, and outside groups, have spent $36.9 million on the race so far, more than any other Senate race in the country, based on a tally by the Center for Responsive Politics. Nicholson has benefited more than Vukmir, with at least three times as much spent to help him compared with Vukmir.

Polls showed the GOP primary race to be a dead heat.

In the governor’s race, Evers tried to hold off a push from younger candidates Roys and state firefighters union leader Mahlon Mitchell, 41, who argued they were a better matchup against Walker.

If elected, Mitchell would be Wisconsin’s first black governor and Roys would be the first woman to hold the office. While Roys had a breakout moment with the breastfeeding video, Mitchell has cursed and told crude jokes on the campaign trail while arguing that as a firefighter he’s used to running into trouble and not afraid to take on Walker.

Also Tuesday, voters in Ryan’s southern Wisconsin district will take the first step to replace him as he leaves Congress. Union ironworker Randy “Iron Stache” Bryce faces teacher and school board member Cathy Myers on the Democratic side, while former Ryan aide Bryan Steil was expected to prevail over a Republican field of four mostly nominal challengers.