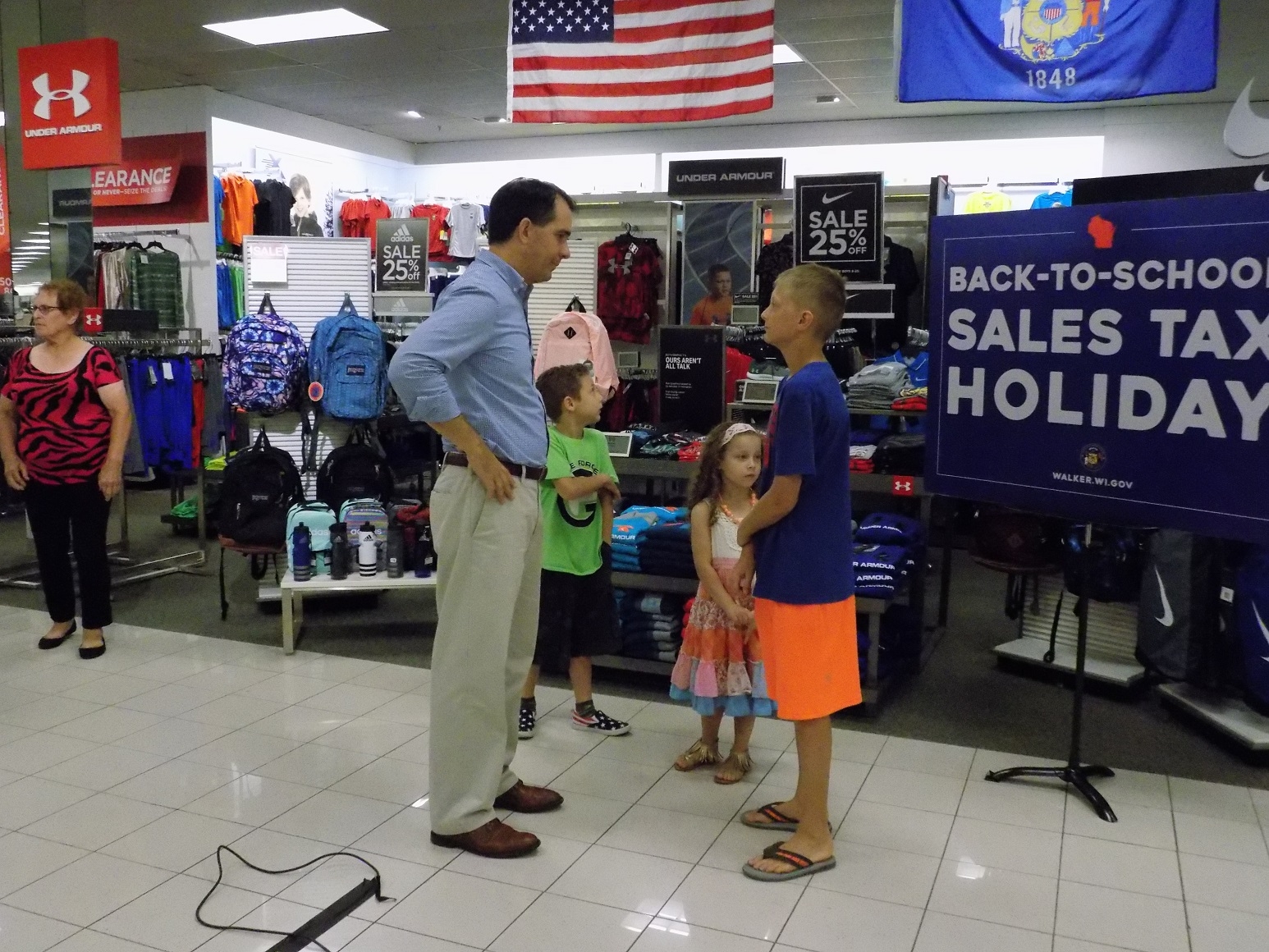 Gov. Scott Walker promoted the five-day tax holiday as a way to stimulate consumer spending, while giving back a $122 million state surplus.

Some are skeptics to the plan, however. The Wisconsin Policy Forum has been critical of the tax holiday, since it was proposed two years ago.

David Callender, communications director at the Forum, says the event could actually discourage some people from buying now.

“This particular sales tax holiday is so narrowly drawn, folks may decide, ‘Well it’s not worth actually waiting for the weekend, and I’m going to buy a more expensive computer,’ than what’s going to be targeted,” he said.

In that particular example, Callender talks of the stipulation that a computer cost under $750 and be for personal use.

It’s just one part of what Callender means by ‘narrow scope.’ Listed at the bottom of the story are the stipulations for the tax holiday, that Democrats have called an election-year gimmick.

The Department of Revenue estimates that the tax holiday will save consumers — and cost the state treasury — almost $15 million. This, after 558,415 claimed a $100-per-child tax credit as the other half of the surplus giveaway.

Most taxpayers like the idea and, depending on which side you’re on, politicians either like it or hate it.

Based on the history of these tax holidays, however, Callender said the state would be better served saving the money.

He cites two past occasions, since the 1970s, when the state gave away surpluses through rebates, only to see the move backfire and Wisconsin didn’t have enough money in reserve to pay for its programs.

“We’ve had sort of a history of refunding taxes or giving taxes back, and then not necessarily having the reserves on hand that are needed when the economy takes a dive,” Callender said.

One of those, about 40 years ago, seemed like a good idea at the time.

“Shortly after the government gave that money back to taxpayers,” Callender said, “there was an economic downturn and there were signfincialt budget shortfalls that resulted in some fairly significant budget reductions.”

Callender says the state would be smart to keep some surplus cash but also that the five-day holiday is so narrow in scope, many shoppers may just decide to wait until later to buy the big items they want.

He said only 11 states have less money on reserve than Wisconsin does.

No sales tax will be charged on these items:

Sales tax will still be charged for these items: